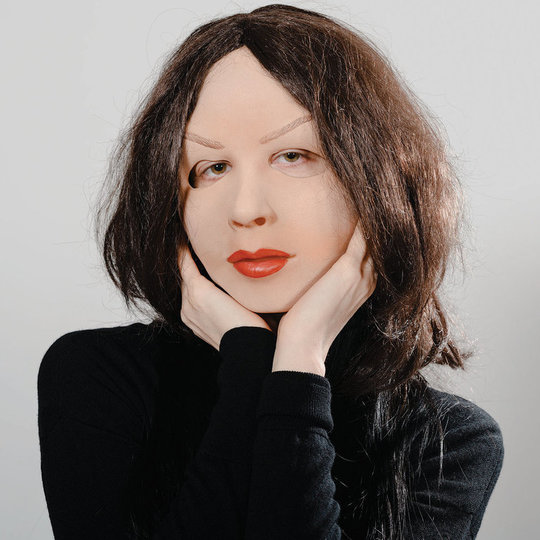 At the forefront of Pennsylvania state punk band’s obsession with shoegaze, is Nothing. While other bands moved in that direction in later years, and some arguably better (Title Fight), Nothing have never seen this as a phase but rather their raison d’etre. Over the course of two excellent albums in 2014’s Guilty of Everything and 2016’s Tired of Tomorrow the Philadelphia quartet proved they weren’t just latching on to a (sub)-cultural zeitgeist, but rather were the leaders of the pack in this, albeit trendy, movement.

However, they are a band steeped in a colourful background, to say the least. It is pretty well known now about frontman Domenic Palermo’s jail time for aggravated assault and attempted murder band when he was on the punk scene with Wesley Eisold’s XO Skeletons project. This album’s title is a reference to fights in prison during outside recreation. And then there’s the band’s association with the band Whirr, whom Nothing were notably quiet over their friend’s band being dropped from Run for Cover for transphobic tweets, effectively ending their run as a band.

In the build-up to their latest, third, record Dance on the Blacktop, Palermo has approached all this with a Albert Camus-esque existentialist mood, claiming the absurdity of life should be laughed at and mocked, while also speaking about the more personal, serious aspects of his life and work, such as his diagnosis of CTE (head trauma caused by concussions). This isn’t exactly new ground from Palermo, as he more or less cited the same influences and attitudes in the promotion of his last two records, such as Tired of Tomorrow single ‘Vertigo Flowers’ being about vertigo he suffers as a result of being attacked himself, which makes something of a sequel appearance here on the Deftones-recalling ‘I Hate The Flowers’. To some extent, this is understandable, one can only imagine the horrific trauma of someone with CTE and, it seems, PTSD-related issues must be.

The sonic aspects of Nothing has always been crucially important, given much of shoegaze is inherently made up in the production of its sound. However, their third album saw the band recording at Dreamland Recording Studios in Woodstock, New York with producer/engineer John Agnello who is responsible for some of Dinosaur Jr., Sonic Youth and Breeders’ best work. So, audibly at least, this is perhaps Nothing's richest work as they strive for the early Nineties sound their music is so indebted to. Indeed, the album starts strong enough, with lead singles 'Zero Day' and 'Blue Line Baby' re-introducing us to the band and their bigger and better sound. Meanwhile 'You Wind Me Up' has a distinctly British feel from the very specific time period where bands like Slowdive and Ride were morphing the original UK shoegaze sound into what would become "Britpop".

As the album progresses, however, the band rely on too many familiar beats either from their own oeuvre or from other highly notable ones. 'Plastic Migraine' for instance sounds taken from the oft-underrated Deftones shoegaze album Saturday Night Wrist, but the worst offenders come dead centre of the record, where 'Us/We/Are' is essentially a modernised version of 'Creep' by Radiohead, while 'Hail on a Palace Pier' feels like a shoegaze version of 'Ever Fallen In Love' by Buzzcocks.

The record picks up in its final run, that said, with the moody atmosphere of 'The Carpenters Son' possessing an epic building up of tension and release that is befitting of the band's style and sound. Meanwhile, closer '(HOPE) Is Just Another Word With A Hole In It' is one of the only (visible) examples of Palermo's self-deprecating sense of humour that supposedly cuts through much of this record. Nothing's third album is something of a safe bet: fans of the band and/or genre will still enjoy this, while Agnello's name being attached may turn a few extra heads, but it is feasible that the whole 'nu-shoegaze' movement is running out of steam.