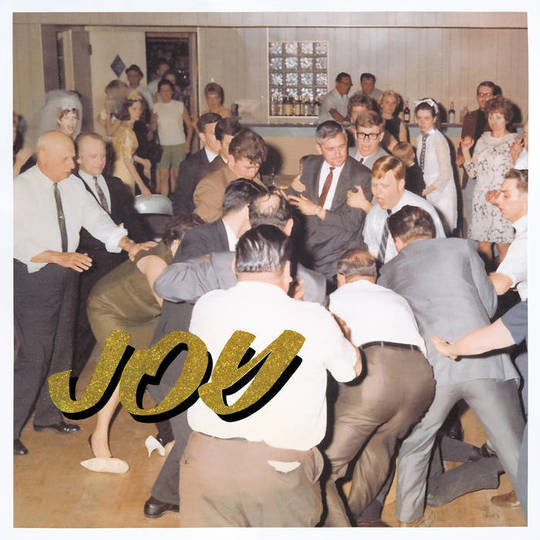 The rise of Idles over the past 18 months has not only been a breath of fresh air for the UK's much maligned guitar scene, but also proof perseverance and dexterity can pay off if you work hard enough. Having played well over 200 shows since the release of debut album Brutalism in January of last year, not to mention the years of struggling to make ends meet prior to that combining assorted day jobs with playing in a band. They've more than paid their dues despite recent protestations to the contrary in certain quarters.

It's this play anywhere and everywhere, speak to the fans, word-of-mouth ethos that's helped build a community both online and in the flesh reminiscent of the first wave of punk where news spread like wildfire, albeit via different mediums. Their lyrics are easy to identify with whether 16 or 60. Their music crosses beyond class or demographic status with even ITV's News At Ten running a recent feature on the growing phenomenon that is Idles.

So it's not an exaggeration to suggest Joy As An Act of Resistance is one of 2018's most eagerly anticipated releases. It's a record that's actually been in gestation for a good three years, well before their debut came out: closing number 'Rottweiler' has been an integral part of the band's live set for the same period of time, while at least half the songs on the album made their on stage debuts at the back end of last year.

Yet that doesn't even begin to tell the story. Songs have been scrapped along the way. Others shelved until further notice including 'Alcohol', another that appeared on a few setlists during the autumn of 2017. As singer Joe Talbot stated in a recent interview, ‘When we started writing the songs for this album, we tried to keep our integrity by ignoring our success. Even though we were getting bigger crowds we felt we had to stay true to where we are and write more brutalist songs because that’s where we’re from.’

Not that Idles could ever be accused of faking it. Aside from the social commentaries that accompany their music, the personal traumas endured by Talbot played a part in the making this album as with its predecessor. 'June' which closes the first side of the record makes for uneasy listening, recalling the tragic passing of his daughter last year via an Ernest Hemingway poem ("Baby shoes. For sale, Never worn") that sits poignantly as the song's bridge. The final song written for Joy... and understandably the most difficult to document in the studio, 'June' will bring a tear to the most desensitised eyes.

Elsewhere on the record, Joy As An Act of Resistance tackles social injustice and class inequality while subjects such as toxic masculinity, Brexit, the right wing press and xenophobia are given short shrift. The four singles lifted from the album so far represent different sides of the band's musical make up. Whether it's opener 'Colossus', which lives up to its name clocking in at five minutes and forty seconds. Similar to 'Divide & Conquer' off the first record in its brooding mantra reminiscent of Killing Joke, the song's subject recalling the struggle to live up to his father's expectations. Likewise 'Samaritans', which lyrically acts as a sequel to 'Colossus' via its call and response verses and matter of fact chorus ("This is why you never see your father cry"). Meanwhile, 'Danny Nedelko' belittles those that dare to treat immigrants differently ("He's made of bones, he's made of blood, he's made of flesh, he's made of love, he's made of you, he's made of me, Unity!") while 'Great' punches Brexit in the face ("Blighty wants her blue passport, not quite sure what the union’s for, burning bridges and closing doors, not sure what she sees on the seashore"). Talbot doesn't hold back or mince his words while Lee Kiernan and Mark Bowen's dual guitar salvos alongside Jon Beavis' fiercely punctuated drum rhythms and Adam Devonshire's indignant basslines make for compelling listening.

Delve deeper into Joy... and there's the middle class-baiting 'I'm Scum', which takes aim at everyone from fascists ("I am Dennis Skinner's molotov") to the next James Bond ("We don't need another murderous toff") before declaring "This snowflake's an avalanche". 'Rottweiler' has its sights firmly set on publications such as The Sun and The Daily Mail ("There's a snake in my boots, there's a rat in my cage, there's a shark at my feet, that's been circling for days"). Then there's 'Television', a song written for his daughter that simply states Love yourself, fuck TV" in its chorus. Joy As An Act Of Resistance isn't all angst ridden protestation. References to 'Dirty Dancing' appear not once but twice. First on the delirious 'Love Song' ("I carried a watermelon"), which is what it says on the tin. Then later on penultimate number 'Cry To Me', a cover of Solomon Burke's soul classic from 1964 that soundtracks the moment Jennifer Grey and Patrick Swayze get it on in the Eighties flick.

Joy As An Act Of Resistance is everything anyone could have wanted or expected it to be: Idles have released the most relevant and at times gut wrenching album of the year.