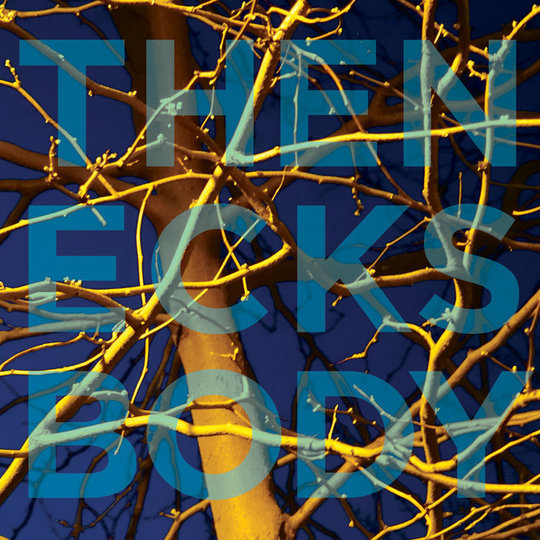 The Necks are like water. On record and in concert the Australian trio are in constant motion. The seas they conjure tend to remain relatively steady (the band have been referred to as an “ambient jazz” group after all), but the intensity of the waves can fluctuate wildly. So, whilst The Necks may be one of the few bands around that can aurally convey a genuine sense of peace and calm, they can also do the exact opposite. In full flow, in fact, the band is capable of making their deceptively minimalistic sound punishingly visceral. The liquid flow of their music always remains, however. Chris Abrahams’ piano always remains an anchor, or rather a sight of land amongst the squall of Tony Buck’s percussion and Lloyd Swanton’s bass.

Body, the guitar-toting twentieth Necks record, is slightly different. It’s not the first time that the band has expanded their instrumental palate. Guitars have appeared before, electronics have been introduced at times, and Abrahams has dabbled with the organ on several occasions. Still, the blast of thrashing electric guitar that takes the one-track, 57-minute Body into its central section comes as an undeniable shock. This is not a flirtation but the sound of the Necks entering genuine rock territory… and it’s brilliant.

It also could be something of a in the arm for the trio. Whilst the band have never released anything that falls noticeably below their own high standards, recent Necks records have perhaps suffered from the simple fact of arriving twenty-plus years into the group’s career.

Last year’s Unfold was far more overlooked than it deserved, given that it contained some of the most subtly inventive music of the band’s career across its (by Necks standard) epic track list. Vertigo(2015) and Open (2013) failed to garner as much enthusiasm as the rest of the band’s acclaimed post-2000 releases. Excellent as all three records were, the slightness of their innovations has failed to lead to them being ranked in the top tier of the Necks discography.

Whether Body can break that trend is likely to depend on how listeners react to the aforementioned muscularity of its central section. The opening and closing portions of the album, which contain some of the most beautifully restrained piano-led work the trio have ever committed to tape, are unlikely to prove controversial. The abruptness of the transition to rock freneticism may, however, cause confusion amongst some long-term Necks followers. Certainly, for a band that has made its name predominantly off the back of gradually evolving compositions, the sudden nature of the jump into the storm here is rather unusual. Rarely have The Necks switched gears so rapidly and conclusively.

That sight of land nevertheless, remains at the heart of the trio’s approach. The tension generated by Buck (who is pulling double duty by providing the guitar here) and Swanton is still placed in focus by Abrahams. The guitar may be the headline news here, but it is the pianist who dictates Body’s progress through the tempest. The frantic hammering of the rock explosion here is balanced out by the almost sombre, reflective outro that Abrahams leads. It’s the sound of a legendary band considering itself and its practice, and recognising what makes them truly great. For all the excitement of the noisy gesticulations that separate this album from what has gone before, it’s this haunting closing section that cements Body’s place as one of the highlights of a long and storied career.