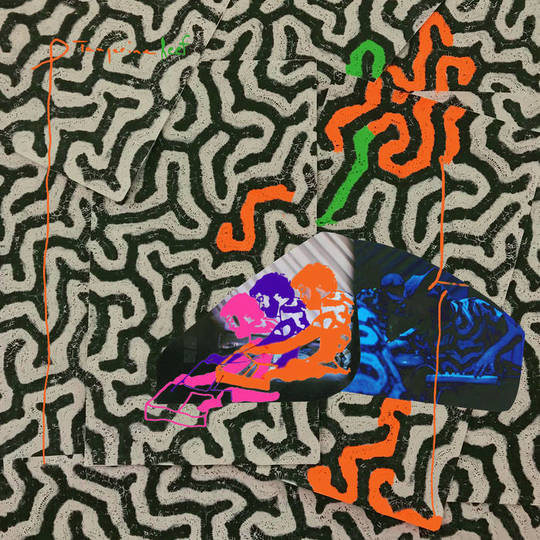 On Animal Collective’s twelfth studio album, they have decided to go on a deep venture into the deep blue sea. Tangerine Reef is an audiovisual foray into sea life up close, combining ethereal and ambient aquatic soundscapes with intimate visuals of the spawning creatures that belong to it. Bright, colourful organisms shot through slow time-lapses and steady pans give the project an a very delicately visceral feel.

Tangerine Reef was also created with the astute intention for the band to raise awareness about the danger that coral reefs are in, urging listeners and fans to use their understanding of the footage to do their part in caring for the ocean. The record, which the band dedicated to the International Year of the Reef effort, features three members of the original quartet – Dave 'Avey Tare' Portner, Brian 'Geologist' Weitz and Josh 'Deakin' Dibb (no Panda Bear).

One of the most beautiful things about the prolific psych-pop group is their unpredictability, and Tangerine Reef is utter proof of that. The Baltimore band are known to produce pop in its most pure form on one album, and then delve into an audio/video representation of marine life on their next. Tangerine Reef is as experimental as they come for Animal Collective – epitomising the idea that music in this day and age is able to shift and evolve as much as the creators please.

In truth, Animal Collective didn’t really need to depend on the visual accompaniment to Tangerine Reef as the record does extremely well to capture the essence of the life aquatic on its own. The Baltimore band joined forced with Miami-based videographers Coral Morphologic to shoot footage underwater. But unlike 2010's ODDSAC, the music exists perfectly well apart from the visuals. The result is an album steeped in murky ambiance and stuffy reverb, celestial and ghostly, minute details strewn across the soundwaves to emulate the floating presences of the minute, drifting sea creatures.

The tracks across the album drift into one another like an endless stream of consciousness, and the visuals do well in acting as placeholders to where you are in terms of progression of the record. The visuals – bright, fluorescent, and wildly colourful – are a juxtaposition to the darker and more nebulous feel of the record, but even that is an apt reflection of the muddy and foggy natures of sealife. The tracks themselves also evoke certain themes of longing, of uncertainty – of loneliness felt within the miles and miles of the underwater ocean.