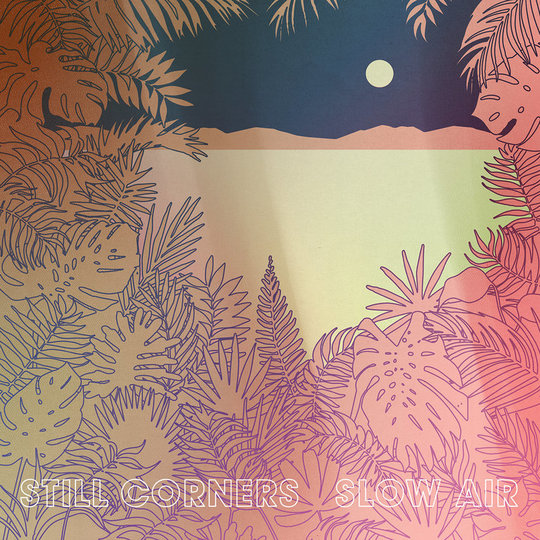 On my last party shift at work, the affluent mother of the birthday kid ignored me whenever she could. She poked her head into the conference room after I told her I was still setting up (because she arrived 75 minutes early). When I suggested that she pull the cake away from the kid after he tried to lick a part of it, she refused, then quietly did so five minutes later. Whenever she looked at me, she would grin hastily, a quick mask of gratitude to hide the ruffled pride that the most insecure mothers cling to when they plan their first parties. This is my power now, she tells me whenever she politely turns down any of my offers to help. You can’t take this power from me.

Wouldn’t it be neat if we had more songs, or even albums, that dissected how domestication fucks with women’s self-worth? Or maybe, how these self-entitled mothers then inflate their damaged pride, and place themselves above the single, minimum-wage workers that don’t (and may never) receive the same attention and care that they now expect? Don’t we value and treasure more the art that actually imitates life?

I pose all these questions, because I’d much rather hear those answers than the latest Still Corners album. Of course this skybound dreampop duo hails from London; of course they’ve flitted through various shades of verified indie safe, from Cocteau Twins worship to mid-Eighties neon. 2013’s Strange Pleasures was the last time that the band struck out on any sonic adventure, with excursions that reached the lower stratosphere of Stereolab and Pram; even then, though, Still Corners spoke about all the usual stuff that you’d expect from any pop band. And so safe they remain for Slow Air - with the same airbrushed slick of 2016’s Dead Blue, Greg Hughes and Tessa Murray pare back the fog machines and phone in a mostly forgettable series of pleasant enough new wave, as distant and vague as the storybook rainforest on the cover.

Wait – rainforest? Maybe it’s a lagoon. In fact, maybe it’s the island in the ‘Black Lagoon’, the obvious lead single and only distinguished twinkle in an album of complacent sheen. You don’t need much context about the content – every song refers to some unidentified lover, and escaping with said lover, or escaping toward a lover (the Chris Isaak-esque ‘The Message’), or at the very least someone escaping in relation to a lover (the sedated Pink Floyd opener ‘In The Middle of the Night’). Which, hence, is why ‘Black Lagoon’ stands out at all: it’s the only song that sounds like we’re actually going anywhere, albeit through a recurring, Cure-induced dream sequence.

Otherwise, what is even the point? I don’t recall the last time I’ve been incensed by such stupidly basic songwriting. ‘Sad Movies’ and its soft jade jangle, in particular, makes me want to hurl a brick at a hetero’s face. “Sad movies make me cry / I don’t know why / they remind me of you,” Murray croons with all the expression of a dry erase board. UGHHHHHFHQWHGADS. I’M SO SORRY THAT YOU CAN CAPITALIZE ON YOUR WELL-ADJUSTED SNIFFLES. WOW, IT’S SO SAD THAT YOU ACTUALLY HAD A LONG-TERM RELATIONSHIP. Also, check out this genius chorus in ‘Dreamlands’: “Dream at night, dream at night”. Wow! What a staggering imperative!

So to me, Slow Air is hardly oneiric. There’s at least two moments that I’m not angry at the vaporous utopia, though. One, the Blue Nile-ish rainforest on the cover. The opener, ‘Welcome to Slow Air’, has no words, so Murray and Hughes don’t have time to embarrass themselves. The second, ‘Whisper’, bears the only real shade on the album, and reminds me a bunch of Paper Dollhouse.

It’s still the same lukewarm intimacy, though – and that, FYI, may be what angers me the most about Slow Air. If Still Corners want to focus so much on the ecstasy of union, then why aren’t they fucking ecstatic? Why aren’t they ecstatically fucking? Why aren’t I ecstatically fucking? Why do copacetic dullards like you try to convince single folks like me that their simple union (or recently dissolved union) is the only bliss worth singing about? Why, when I already know what happens to the domesticated mother?