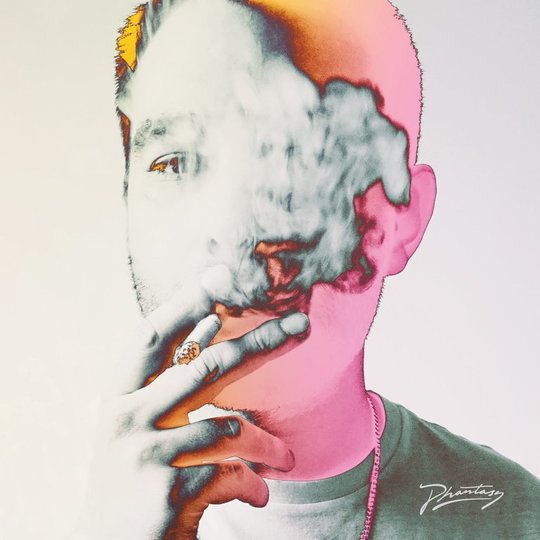 You ever wonder sometimes if the DJ at the dance party is… compensating for something? The keeper of the tunes doesn’t have to talk or flirt with anyone else in the room; they really can’t, either, as any DJ worth their salt has to stay alert, eye the crowd, read the vibe, and steer the needle (or the laptop) accordingly. Hardly a wild night out, really, but maybe that’s why the job appeals – some folks would rather stay in control than let themselves go.

See, Gabe Gurnsey wants you to see his first solo album, Physical, as a night out in the club. He’s no stranger to that territory – but with his other band, the alien strobe machine Factory Floor, all forms of ecstasy were spliced and divvied onto microscope slides. As patterns and fragments of speech, the grooves felt distinctly nocturnal, but you couldn’t see familiar bodies drinking, dancing, or fucking, as bodies in clubs often do. Now, Gurnsey claims that his debut out on the town covers all the stages of a typical outing; yet, that very plotted approach turns his hot date out into the pro DJ’s constant vigil. Well, almost.

There’s no denying that Physical still sounds like Factory Floor. And Gurnsey, ever the consummate engineer of beats, isn’t about to lose grip on the vibe. ‘Ultra Clear Sound’ introduces a neat play of words in its dire synthpop glaze, though – “give me algorithm” vs. a girl who’s “all rhythm”. This invites a whole host of double-takes, like in the sleazy Missy Elliot-meets-Plastikman mash-up 'Temazzy' – is that ‘you got me going hard again’ or ‘you’re never going out again’? Or both? On the very Factory Floor-esque 'Harder Rhythm', the algorithm vs. rhythm dichotomy blurs again, especially when Gurnsey slips the line ‘substitute for being high’ into the mix. Is every interaction in the club a calculated transaction to reach ecstasy? Is going home empty-handed a concrete game over?

While the introverted club-goer can certainly get stuck in such over-analysis, Gurnsey at least hits the groove every once in a while. 'New Kind' opens tentatively, with such a meta-dissection that feels like you’ve got your hand on the dials: “kick, snare, hi-hat”. Then the bass kicks in, and – wa-la! – you’re on the floor and strutting to A Certain Ratio. Likewise, 'You Can' cues the walking bass in, ushering in a strikingly Golden Teacher-esque get-down. “You can dance while I get high,” Gurnsey says, which could very well be what the DJ beckons to his captive audience.

Yet, lines like “I’ll get you shaking like a jello” or “are you shy of me, boy definitely don’t come from the turntable. “ While most of the sex in Physical boils down to dance music’s usual euphemisms, 'Heavy Rubber' and 'Eyes Over' evoke steamy back-and-forths between the sexes, with a rather disturbing emphasis on the chick as temptress. The first (a none-too-subtle reference to a condom in action) puts the woman’s lust front and centre, as she beckons openly for an under-the-cover affair with no strings attached ( “you know, I hate being good enough”). The latter, a claustrophobic four-to-the-floor that smells a bit like the Mortal Kombat theme, explores the dark flip side in minute detail – as the two parties stare each other down in mutual heat, the dude tries to work his way out. It’s the only fully realized “scene” in the whole album, and Gurnsey’s twisted vocals really upend your nerves here, especially with the line “can’t hear the drums, they’re breaking up”. Is someone about to faint, or is this one-sided courting ritual taking our protagonist out of that treasured high?

These moments add substance to an otherwise disposable thrill. Is this amorous babe a three-dimensional character? Or has our male protagonist created a fantasy girl that could outdo his own lust? The answer may hide in the brooding finale 'The Last Channel', a techno revision of Crispy Ambulance and the rest of the post-punk abyss. “Do you ever see clear?” asks a strange voice, somewhere between the genders. “Do we make the outcome, when we turn off the lights?”

The ambiguity makes this last meditation work – that 'success' on the dance floor, whether that’s outside or inside the sound booth, might always lie just outside of what you can define or control. And ultimately, while Gurnsey still keeps his tunes all tight and trim like the most on-point DJ, Physical sketches out enough of the night life to convince us that anything could still happen.