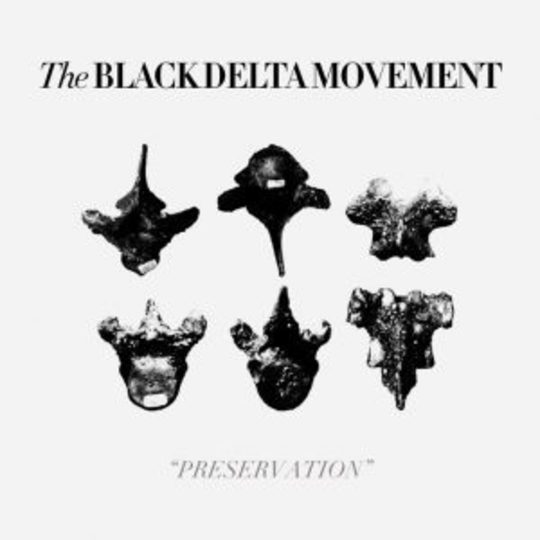 Don't you just wish that Britain had a rock solid contender coming up on the rails to challenge bands like The Black Angels in the contemporary psych revolution? Debut albums like Preservation from The Black Delta Movement don't come along all the time. The fact that they've opened for both The Jesus and Mary Chain and Drenge might give a clue as to the potential breadth of this exciting band. The record was recorded with Mike Burnham (Fuzz Club Records, Holy Wave) and comes off like a vicious amalgam of all the best stuff to emerge from that rightly-venerated label, but with the additional bonus of just, well, flat out rocking. 'Rome', 'Hunting Ground', 'King Mosquito' and 'Deceit' must be the strongest opening quartet of tracks to feature on a rock record this year. What is great about them is that they are swathed in guitars which must punish live, as so much psych stuff is by default, but that there is a huge nod to Britpop, both in the prominence of melodic lead guitar breaks and in the tone and mix placement of the lead vocals.

And then we get to the majestic 'Let the Rain Come'. A dream of a song, which any of the band's stated influences (BRMC, 13th Floor Elevators, et al) would kill to possess in their arsenal. A hypnotic repeated vocal refrain is consumed in joyous washes of guitar pyrotechnics and punishing work on the toms. It's a beautifully unhinged moment, over all too soon and absolutely perfect for everyone's favourite indie-hyping digital radio stations. Let's hope it gets the recognition it deserves.

At times, the band veer dangerously (or perhaps deliberately) close to Definitely, Maybe-era Oasis, such as on the bendy 'Ivory Shakes'. Can we forgive them? There aren't many bands who have the confidence to approach this kind of sound and surpass it in 2018. It's about time a band came along with chin and chest out, a pile of good songs, guitars turned all the way up and just let it all go, without trying to be too clever or to apologise for who they are. In the wrong hands it could all fall flat, but The Black Delta Movement have everything in place to steer British rock in an exciting new, old, direction.

Of course, what they're doing is nothing new. A lot of it has been done before, but the joyous abandon with which they do it, the sheer confidence, consistency of their songwriting, and their sheer bloody-mindedness to not bow to the demands to include a token ballad/gentle number anywhere on this record are all massive points in their favour as far as I'm concerned. Just let the opening of 'No End' wash over you and tell me that it is not awesome that bands like The Black Delta Movement exist. It will be fascinating to see where they go from here.