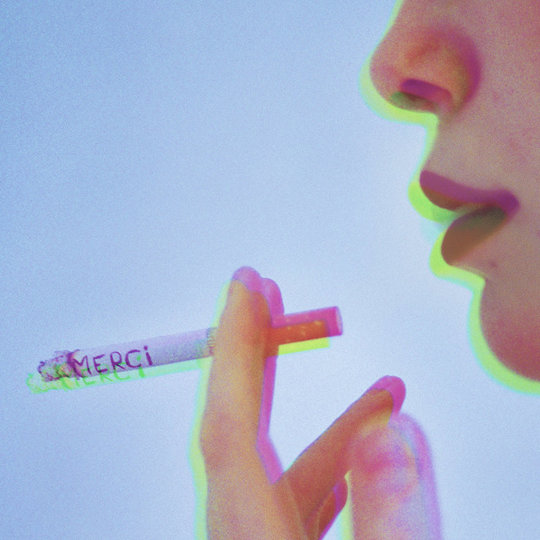 When presented with a ‘14-track concept record and visual album’, what would you do? Spend ages trying to understand the concept? Watch the album stream on the video streaming platform of your choice? Become seduced that a band which falls somewhere between indie-rock, post-hardcore and slap me round the face with a haddock if it ain't so pop-punk have taken on a project so ambitious and eulogise it to the skies? Or, you know, actually listen to the songs and see what you make of them? In my infinite and, frankly, a little busy and self-important wisdom, I chose the latter course of action with Merci the new audio-visual offering from Save Face and here's the thing. It's quite a body of work, a huge sounding album, full of ambition and realised dreams.

Things get cracking early with the thumping 'Bad', which really, honestly, comes across like a really well produced Sum-41 song. I imagine the band might not take this as a compliment. However, it is a right banger of a tune, with some cool dynamic shifts, including a sumptuous and all-too-brief breakdown which points to how things might turn out on the rest of the record. There are screams, there are banked falsetto backing vocals. There's a chorus which is ready for top of the lungs screaming. It's a fine start. 'Blues' keeps things going, before 'Heartache' slows the pace slightly. And then things shift again. 'Weak', 'Jonesin'', 'Pour' and 'Mercy' are mid-tempo pop-rockers, with the emphasis on pop, showing a vibrancy and breadth to Save Face's writing. Each has a chorus to die for. If you like this sort of thing. It all grows form there. A really solid record full of hooks, finesse and layers upon layers of crunchy guitars unveils itself across the album's extensive tracklist. It's a lot of fun, but it's expertly crafted too.

It's a rarity in 2018 for an album of this type to gain much attention or respect from the wider listening public. Which, arguably, is something of a shame. If this album had been released in 2000-2003 it would have been a stratospheric happening. If you've never allowed yourself to succumb to the considerable charms of a beautifully-constructed slab of aggressive pop-punk with added all sorts, this is the time to let yourself go and let the whole thing wash over you. If you love it, you'll find that there's a whole heritage genre just waiting for your delectation. Whatever angle you approach Merci from, there's loads to love. It's not going to change the world, but it probably will remind you that you used to love rock music. Proper rock music, and there's a lot to be said for any album that can do that.