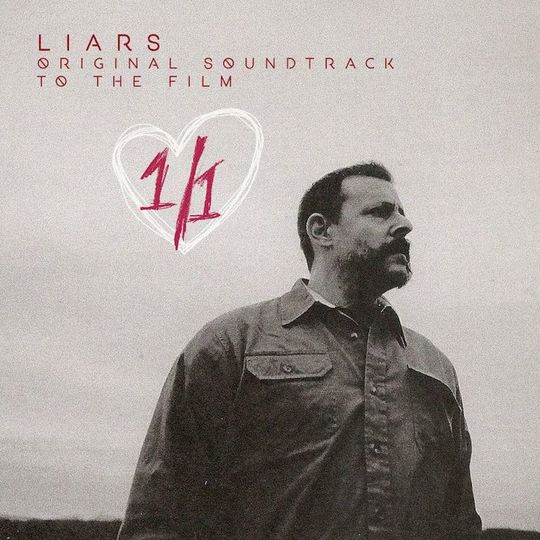 The new Liars record 1/1 is also the soundtrack to an arthouse-ish film of the same name, which apparently ‘submerges the viewer into the mind of Lissa, a 20-year-old girl in rural Pennsylvania and her struggles with sex, drugs, love and loss’. It's out now, and appears to have attracted impressively little attention, so perhaps it's easier for all to not worry too much about this context and just be happy that we have a new Liars album.

Or perhaps more accurately, an old Liars album. This largely instrumental electronic record comes from Angus Andrew and Aaron Hemphill – the last work they created prior to Hemphill's amicable departure from the band and Andrews's de facto solo TFCF.

1/1 is emphatically in the lineage of their more electronic work - but Drum's Not Dead was a long time ago now and everyone has moved on a bit. Calling it a dubstep record would be glib, but certainly that's a starting point – there's something of the genre’s cold nocturnal clanking running through its DNA, especially in the earlier tracks. Sometimes it runs hot, as on opener 'No Now Not Your Face' or the following 'Cottageveg'; sometimes it runs delicate and lonely as the deserted city at night 'The Jelling Ship'; at its best it has an oceanic, alien wtfery like the iridescent electronics and bowel-quaking base of 'Shitraver'; at one point, and I swear I’m not making this up there’s even the threat of a pop hit - or at least a club smash - in the tumescent glitter explosion of ‘Liquorice’.

Would you guess it was Liars if you didn't know beforehand? I mean, probably not, but if you stripped the vocals out, does any Liars record sound exactly like Liars? Andrews only gives the game away once, on the excellent ‘Helsingor Lane’, where his vocals appear ghostly and foreboding, over a distorted electronic base that bears a passing resemblance to Radiohead’s ‘Like Spinning Plates’.

1/1 perhaps doesn’t feel as hermetically sealed, as much a thought through objet d’art as a ‘normal’ Liars album, but nor does it have the sketchy feel that bands moonlighting on soundtrack work sometimes have. It’s the band’s most electronic record, and if the dubstep thing is a slightly distracting way of describing it, maybe it’s easier to think of it as an exquisite little self-penned DJ set, moving from glowering murk to eventual, pulsing, almost-euphoria. 1/1 is much more than a curio, but there’s not enough pressure on it to make you unduly fret over how it stands up to the band’s great works. It’s kind of fun, and deserves to be taken seriously.