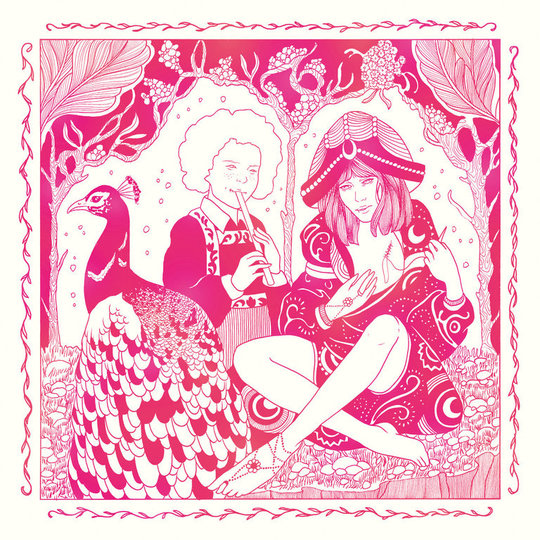 Bon Voyage, the second full-length debut from psych-rock musician Melody’s Echo Chamber (the project of Melody Prochet), is more an exploration and narrative of her own psyche and artistic nature than a simple record. Released five years after her stellar self-titled debut that was produced by Kevin Parker of Tame Impala, Bon Voyage is an expensive, ambitious effort that characterises Prochet’s growth and self-exploration as an artist. More a personal and sonic adventure than just a standard full-length piece of work, it in itself is an artistic challenge and is a unique and surreal document of spirituality and poetic soundscapes that is vast and all-encompassing.

Across Bon Voyage, Prochet delves into the unfamiliar. She sings in multiple tongues – French, English and Swedish – and on ‘Breathe In, Breathe Out’, plays drums for the first time in a recorded setting. She enlisted the likes of Reine Fiske from Dungen and Fredrik Swahn from The Amazing to experiment on the record, encouraging them to pick up instruments they find foreign. All of this has combined to create for an expansive auditory universe that is mythical and, at times, surreal. Coupled with Prochet’s breathy vocals across all tracks, as well as the unsettling instrumentation – it shifts back and forth between more guitar-oriented spheres but also floaty, ambient and otherworldly psych-rock – creates for a far-reaching sonic environment.

There are seven tracks in total, but each song offers a multitude of aural experiences that have emulated Prochet’s own psyche. Bon Voyage traces back to 2015 when Prochet first met her Swedish musical collaborators, and together crafted a wide-ranging world of music that feels tactile at times. Having referred to Dungen previously as 'soulmates and extreme beings, uncompromisingly intense and sensitive', Bon Voyage is a foray into the world of spiritual healing and rediscovery through a various musical textures and emotions.