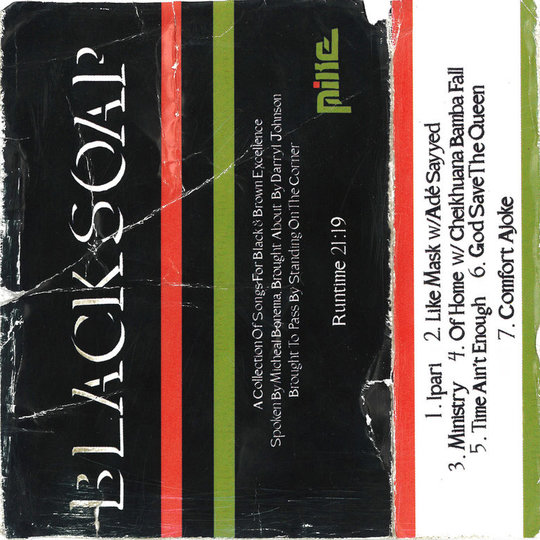 Rapping in New York City must feel something like painting a picture right outside of the Louvre; the shadows of prophets, the inevitability of comparison, the feeling that perhaps all the greatness is in the past. Where does the Empire State go from here?

In a time where rapper names have become something like AOL Messenger handles, squashing words together nonsensically with the hope of appearing original, teen Bronx emcee MIKE ironically hasn’t had a second of trouble making impact. In 2017, he lit up the blogosphere with his expansive mixtape, MAY GOD BLESS YOUR HUSTLE, a bar-focused showcase that played like an exciting Earl Sweatshirt homage (who he admits is a prime influence), tumbling with internal rhymes atop raw samples. His latest project, Black Soap, embarks on a psychedelic vision quest for total originality, wandering outside the boundaries of an EP or album to construct something more like a hypnotic sketch show.

Seeming to draw even more from the experimental and avant-garde scenes of New York than its hip hop factions, a given track on Black Soap might land you on one of MIKE's poems floating in free meter over drum-less noise loop, a guest verse from an unidentified friend, or his mother reciting a prayer in her native language, Yoruba. ‘Of Home’ features a surreal piano sample in three-four time, an exceedingly rare rhythmic territory for a hip hop song, and MIKE attacks it with an acrobatic flow reminiscent only of Mos Def’s epic ‘Sweepstakes’ interlude for Gorillaz from 2010.

The end of ‘Ministry’ stages a run-in with a belligerent bouncer, a rite of passage for any underage musician. ‘Time Ain’t Enough’ has him on full Biz Markie, moaning along with the instrumental riff in his booming baritone. MIKE doesn’t hesitate to have his sloppy and careless fun on some records, but in an instant he’ll throttle into old-soul storytelling: “This one’s for the traffic in my head / addict to this bud, cause attachment to my bed / Why you dragging what you said? / What’s the facts if you bragging 'bout your bread?" he cries on the emotional ‘God Save the Queen.’

Abstract rap. You could call MF Doom its godfather, Death Grips its mainstream, and Cities Aviv its unsung hero. No one knows yet what the approaching new decade has in store for hip hop at large, but Black Soap ascertains that whatever it is, MIKE will already be at the nucleus kicking his feet up.