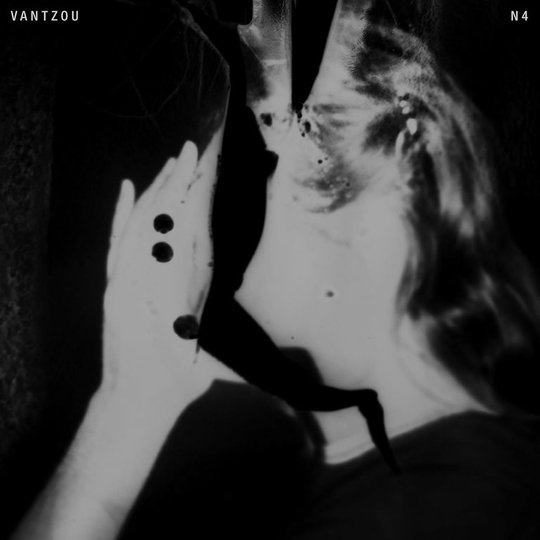 Patience. No. 4 by Christina Vantzou builds a kind of terrifying intensity through minimal change. This album is incredibly patient but also very intense, as if it was composed by a nihilist fly waiting hours in the same corner for one dramatic chance of swooping down and collecting its quarry. The subtle droning of the vibraphone, the sustained notes of the voice, an occasional twinkling of bells. Making us wait, an effect that works like an anti-effect, as we are forced to surrender to the music. With ‘Doorway’, Vantzou mixes sustained notes with the occasional unpredictable melody, building intensity with subtly different frequencies, and generating a sense of the uncanny. That sense of surrender, of relaxing into something unpredictable, a decomposition of the usual expectations of convention, is what produces the intense sense of reverie which make this album a pleasure to listen to.

No. 4 draws the listener inward, but is not melancholic, at least not in a classical sense. It’s like taking comfort in oblivion, in the slowness of things. Vantzou says she is influenced by sleep and dreamlike states, and in this album you can hear it. Almost every note is heavily weighted. The drone is very intense and obscure, like air that is very clear but very thin. In ‘Staircases’ there is a mickey mousing decrescendo effect that feels like gently tumbling down the stairs, letting go. In ‘String Quartet’ there is a sense that the feeling of slowness is not a gradual depression but a process of surrender, as notes linger on, time stretches out, and we give up on anticipating the next sound, just letting it surprise us.

The sweetness of ‘Staircases’ maintains in ‘Some limited and waning memory’, where melodies for piano are accompanied by airy chorals rather than strings. ‘Percussion in non space’ is a very short track with some brief phrases reminiscent of Polish composer Gorecki , sweet melodic sequences which sound disconnected, like bells ringing into outer space. The whole album is wraithlike, as if it is visited by disappearing and constantly transforming spirits. The only track to really feature rhythm, ‘Garden of forking paths’ builds the sense of the supernatural with a form of resonant drumming, like an echo from a distant temple.

Overall No. 4 is serene, still, and deep. It doesn’t allow you to become transfixed by predictable patterns by rather relaxes you into accepting the next step, whether you are being visited by a herd of headless horsemen, flying away on a magic carpet or sinking slowly, irresistibly, into torpor.