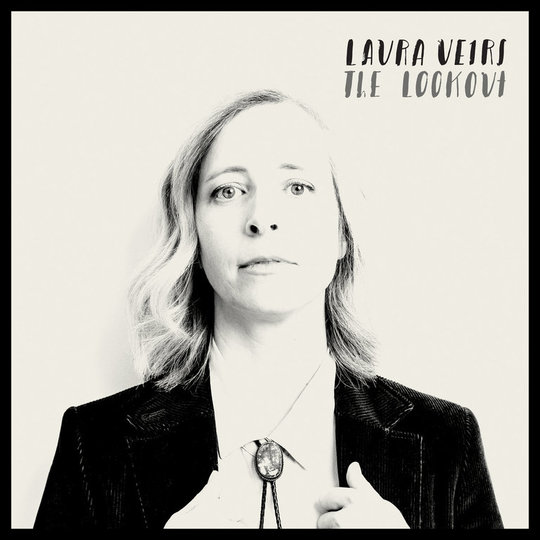 Warm, Americana-tinged melodies float and harmonies soar on ‘Margaret Sands’, the opener of Laura Veirs’ tenth solo album The Lookout. It forms a tonal foundation for what’s to come, the beginning of a thread that runs through the record. At a time of political and social volatility, especially in the wake of the 2016 American Election, Veirs is addressing what’s happening around her in Trump’s US, as well as her own struggle to balance growing as an artist and a person while also being a mother to young children. Instead of only presenting feelings of anger and frustration though, she tackles these issues with empathy and kindliness.

Veirs strikes a delicate yet effortless balance between feelings of confusion and fear and those of comfort, all propelled by often airy folk-pop. Even a cursory listen exudes the glow of protection. Slide guitars and folk melodies wash across the album, with the likes of ‘Everybody Needs You’ shimmering thanks to the addition of slightly gated drums and an ethereal echo surrounding Veirs’ vocals. It’s on ‘The Canyon’ where the music she and her band conjures most reflects some of the album’s underlying tensions, juxtaposing wistful tones in the verses with heavier, moodier, more distorted guitar riffs. There’s something heart-stopping about the single piano note that rings out and hangs almost ominously in the air before its scuzzier, dramatic denouement kicks in. While occasionally her tunes veer a bit too close to simply being pleasant, these varied moments help create impact.

Unsurprisingly though, it’s Veirs’ words that pack the greatest punch on The Lookout. She doesn’t shy away from alluding to contemporary, chaotic times on the record, but chooses to envelop her feelings and allusions to political upheaval in imagery that paints vivid pictures of incidents, landscapes and relationships. It’s a trusted bond that takes centre stage on the title track. Across a stomping beat, she laments “I can’t read these people/ I can’t read their eyes.” She lets her faithful companion, the titular lookout, help navigate through her feelings, grateful for encountering this partner: “Man alive, I’m glad.” With the gentle ‘Watch Fire’, which features some deft and intricate finger-picking, she presents the story of a lone camper stoking a blaze, wary of the dangers that lie within the woods. “There is no mistaking the wolf for the wind/ He’s been here before and he’ll be here again,” Veirs sings on the hook, almost an allusion to repeated patterns in history. Yet Sufjan Stevens appears, counterbalancing that trepidation with a simple couplet: “I’ll keep the watch/ I’ll keep the watch fire.”

A more maternal, parent-child relationship is evoked as the sound of children cry out ecstatically as if responding to Veirs’ words with vigour on ‘Lightning Rod’. Indeed, on some lines it sounds like she’s sitting these children down to hear her tales. “Ben Franklin could have been killed/ With key and kite upon that hill/ Devotional experiments/ In spirit, you are much like him,” she sings. Through the brief retelling of Benjamin Franklin’s kite experiment, she alludes to the fact that sometimes uncertainty and potential danger can lead to something greater. The scientific curiosity of the founding father can live on in those she addresses, potentially blossoming into a greater future down the line.

For the here and now though, sometimes a retreat from away from reality becomes welcome. Over twinkling piano melodies and sweeping strings, ‘The Meadow’ presents that escape from the world, away from physical objects and distractions (“no walls, no ads, no black balloons”) but also the more abstract concepts that arise both from these times and the course of our lives: “no fear, no confusion.” As Veirs and her companions head to the eponymous meadow, they leave those troubles behind, enveloping themselves in a pastoral paradise, a place of untainted, unblemished innocence. Veirs recognises that such an escape from reality can only be fleeting, but the solace is sweet while it lasts: “We knew it wouldn’t last, but it was beautiful.”

That same sense of transience hangs over the age in which we live, and over our own lives. Just as we can’t be sure where the world is headed, neither can we be sure of where our own paths will lead. With The Lookout, Veirs has synthesised both these personal and political feelings into something that can sometimes feel timeless, offering a beacon to hold in the darkness.