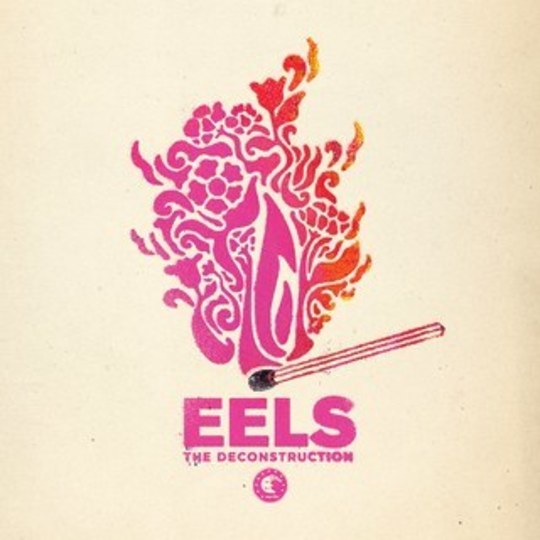 If you were to look at some of the most unlikely underground artists to have achieved a good portion of unexpected mainstream success, then Mark Oliver Everett is a name that sticks out as someone who, against all the odds, has managed to carve out a successful niche for himself as a kind of auteur provocative as the driving force behind EELS.

As evidenced in the brutally honest lines of Things The Grandchildren Should Know - his thoroughly recommended 2008 autobiography - he’s certainly not a man who had the easiest start to life, and has often battled with both himself and the rough seas of an uncaring universe, resulting in an increasingly impressive canon of work that reflects the duality of both the darkness and the light that’s threaded through his life experiences.

New album The Deconstruction comes after one of the longest periods of inactivity in Everett’s long and distinguished musical career, and in many ways introduces itself as a backward-glancing record that at first seems to rear in the face of an uncertain and encroaching future, but eventually settles on an attitude of mindfulness and optimism that seems to be drawn from a back-to-basics period of soul-searching. Whilst it’s not the most accessible or immediate of their many studio albums, it boasts an intriguingly open humanity that’s hard to ignore.

As with much of their output, it’s a confusing jumble of highs and lows that perhaps reflects the chaotic nature of the mind behind the record’s creation – chaos itself clearly something that’s playing on the songwriter’s thoughts, as Everett states in the press release: ‘The world is going nuts. But if you look for it, there is still great beauty to be found. Sometimes you don’t even have to look for it. Other times you have to try to make it yourself. And then there are times you have to tear something apart to find something beautiful inside.’

Recorded at The Compound, Los Feliz, and The Pie, Pasadena, California, the new album was performed by E, Koool G Murder and P-Boo, with The Deconstruction Orchestra & Choir, and produced by Everett alongside Mickey Petralia, who returns to the production chair for the first time since the band’s 1998 second album Electro-Shock Blues. Sonically, Petralia’s fingerprints are all over the record and in many ways it’s the next logically progressive step for the band from ESB to their present-day incarnation, a refreshingly near-full-circle approach that fits snugly with their more realised sound.

Everett’s disarming naivety should be familiar to anyone who’s known an artist – that special mix of crystal clear expressive vision, utter dismay, and bewildered confusion at navigating through the pitfalls of life. It’s an outlook that’s often necessary for stripping back the cynical layers of the ego and cutting to the heart of an artistic sentiment, but one that leaves plenty of room for heartache, mental health problems and crises of confidence to creep in around the edges, as evidenced on ‘Premonition’ in the telling lyrical titbit “the world can be a real mean place when no one’s got your back”, and becomes a recurring theme on late-album ballad ‘There I Said It’ as the songwriter opines “a pure heart needs protection”.

In places and at times it’s all in danger of becoming a little self-aggrandising and exclusive - “what becomes of men like me, all adrift and lost at sea,” he laments on the Nick Cave-esque ‘Bone Dry’ – but it’s a sentiment which is often reined in just before the point of triteness. Indeed, the former is a particularly impressively crafted arrangement which weaves some deep bluesy guitar licks with Bond-soundtrack brass sections and an exquisite slap-back bassline to fine effect.

Towards the album’s midsection there’s a notable gear shift towards brighter and happier things, beginning at the suitably titled ‘The Epiphany’ with a rousing swelling of string instruments enveloped in EELS’ trademark warming bleeps and samples, and ending with Everett’s confessional sigh of “My old friend, I just want to go back to that simpler time when we were so happy and free…I can’t go back but I can make today a memory to last”.

Jumping straight into ‘The Epiphany’s grave, the joyous rebirth of ‘Today is The Day’ throws open the curtains on the reflective first half of the record and injects a hopeful shot of upbeat lo-fi rock into proceedings á la 2000’s hit single ‘Mr E’s Beautiful Blues’. It’s a curiously abrupt pivot point on the record, but is typical of Everett’s on-going dichotomy of emotions, attitudes and styles, although occasionally the latter half of the album becomes a little prone to sentimentality and ‘Sweet Scorched Earth’ is saccharine and somewhat sanctimonious in its declaration that “there’s poison in the hearts of cheerless men”.

Late album highlight ‘You Are The Shining Light’ is a swaying, groovy celebration of the Sixties surf-scene seen through a lens of heavy distortion, which thrives on the sturdy legs of a shuddering bassline that’s ridden senseless by waves of satisfyingly kitsch handclaps, and a notable duelling theremin and organ section that results in the very freakiest of tones on this absolute monster of a rubber-necker.

As the album closes on ‘In Our Cathedral’, it’s clear that the unsettling but ultimately warmly-resolved journey of the The Deconstruction means something a little more to Everett than just another EELS record. It’s a – for the most part successful - attempt to reach across divides in a world which seems more confusing by the day, a battle against the increasing entropy which seems to be seeping in at the edges of all our existences:

“We are safe, we are free, always were and always will be,” Everett intones gently “You’ve found a place where you don’t need to be afraid – in our cathedral.”