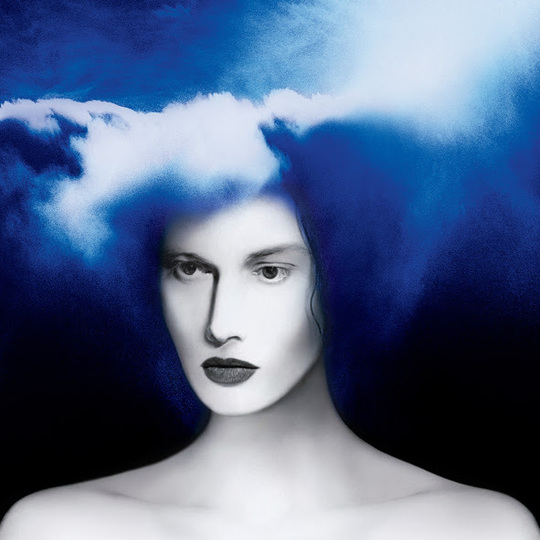 How is Jack White doing right now? From the average fan’s perspective, he’s probably somewhere in a three-piece suit twirling a scepter through his heartland music empire, leading a growing label, retail franchise, record pressing plant, and several world-class bands of his own. But from a wider lens, there seems to be a darker world White sees outside the Third Man fortress, one where auto-tune and software plugins dominate, and lyrics are written at a first-grade comprehension level; where guitars and fiddles and drum kits are now sawdust in a digital void. With his absurd third solo album Boarding House Reach, it seems White has surrendered his desire to connect with the zeitgeist on the level of a 'Seven Nation Army' or an 'Icky Thump,' abandoning his role as a Mick Jagger or Bono in favor of one as a Robert Fripp or Frank Zappa, leaping into the fringes without a fear.

Where White’s first two solo efforts, Blunderbuss and Lazaretto, were arguably his most organic and folksy works ever, Boarding House Reach is his most experimental and electronic. There is no hit, no palette-cleanser, not one song that feels like the expectable Jack White, and in that way it’s a perfect change of pace. Catchy country numbers and epic guitar solos will always connect, but having put out a dozen albums of that nature already, a U-turn from traditionalism to futurism is an arresting statement. However, to suggest White’s discography ever lacked sonic experimentation or innovation is just ignorant; his magnetically trashy guitar solos, the integration of toy instruments and organs, and the use of Meg White’s youthful drumming in an age of muddy overplaying were what allowed The White Stripes to make rock and roll into pop again for years. He’s certainly not finished tinkering now.

Given his track record of filibustering against the low-quality streaming industry, contempt for festival culture, and even having his audiences chant ‘music is sacred’ at his concerts, it’s clear White is no optimist for music’s future. Modern as the album sounds, its narratives are rife with frustration and disappointment—sometimes even doom—though still never lacking hope. It begins with single 'Connected By Love,' which was originally titled 'Infected By Love,' and suggests a cheapening of the general meaning of connection in the Internet age. 'Why Walk A Dog?’ follows, an out-of-the-blue, 808-based ballad for animal abuse that further meditates on humanity’s selfish perversions. On it, he lets his guitar snarl in his signature tone for a few bars, but we don’t get a solo, and the song ends too soon. “Did you buy them at the store? / Did they know they were a cure for you to stop being bored? / So somebody mated them, and took their babies away from them,” he moans over heartbreaking organ chords. It seems White himself feels like a dog, or perhaps the dog is music at large, undervalued and abused as industry overtakes it. The next track is ‘Corporation,' which drives that sentiment home.

'Abulia and Akrasia,' words referring to a lack of motivation and acting against one’s own best interest, features breathtaking spoken word from C.W. Stoneking over violin and piano vamps: “I shall not negate that which I state irrevocably / But I do it so gently that you cannot resent me” Stoneking grumbles, foreshadowing White’s countercultural agenda. If you know Jack White, you know he’s specifically denounced "image for the sake of image,” and therefore every twist and turn of Boarding House Reach has a grand lesson in mind. 'Hypermisophoniac' builds an entire rock song around the rhythm of a strange tape machine rewinding noise, on repeat throughout. The sound of a metronome track even pops in for a portion of the song. At first listen it’s nauseating, but soon enough it’s addictive—a concept so chaotic and hair-brained that it reignites the freedom of rock and roll. Who just hears that noise and says, ‘Hey, let’s use this as a main song riff’? There’s only one answer.

'Ice Station Zebra' features bit-crushed drum machines, a clavinet solo, and rap verses from White. Absolute anarchy. 'Over and Over and Over’ is the closest to classic Jack we’ll hear on the album, a festival jam that he tried to use for The Raconteurs and Jay-Z over the years before finally taking it for himself. On 'Everything You’ve Ever Learned' he plays some sort of extra-dimensional game show host before building into his most visceral song ever, fuzz bass and crash cymbals backing his primal calls: “Do you wanna learn? / Then shut up and learn!” Finally, an exhilarating vocal performance in 2018. Later, 'Get in the Mind Shaft' crystallizes the album’s sci-fi horror layer, as Carpenter-esque synths flood beneath Jack’s spoken story about finding a piano in an abandoned house and learning to construct his first melody on it. With this soundscape, he makes it sound like a modern dystopia where instruments and artistic expression have since been forbidden.

Boarding House Reach is a firm fuck you to complacent, screen-staring, Trump-submitting America, its social media–based icons and neatly-packaged pop songs about cars and pills. It’s esoteric and unsettling, because he’s done trying to reason with us. Many have already disparaged this new Jack White for being ‘too messy,’ as if one should look for tidiness in experimental music, or ‘too angry,’ as if all this passive escapism in music has done the culture any good lately. Sadly, critics tend to cleanly miss counterculture even when it screams in their face.