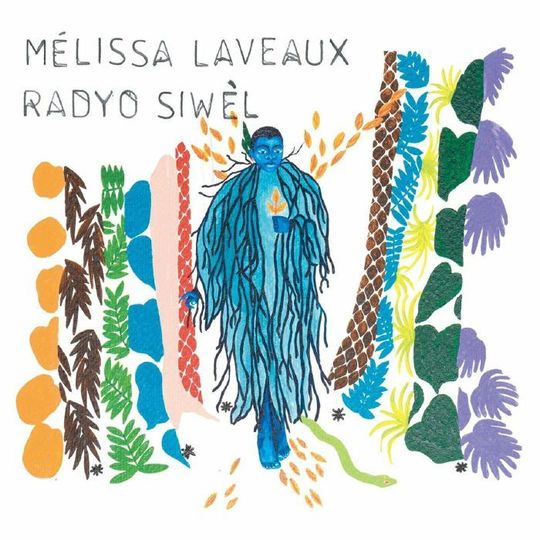 Canadian-born, Paris-residing artist Mélissa Laveaux’s fourth full-length album looks to her Haitian heritage for its core inspiration. Having immersed herself in traditional folk and voudou songs, and gained fresh knowledge of the American occupation of Haiti from 1915-1934, she returned to Paris and began work on what would become Radyo Siwel. Given the weighty historical themes of record, they aren’t diminished by the music’s lightness, just as that sparkle isn’t dulled by the seriousness of the subject matter.

‘Angeli-ko’ is a perfect case in point: Laveaux has described the song as ‘telling the Americans that they don't know how Haiti works and to get the fuck out,’ yet never has such an unequivocal rebuttal sounded like such a sassy blast. The dancing calypso guitar frames Laveaux’s deliciously barbed delivery of “go back to your mummy.” Equally, ‘Simalo’ deals in the importance of staying true to your heritage primarily through her flirtatious silky rasp. And the one song that Laveaux composed for the album ‘Jolibwa’ is about a journalist who criticised the occupation and was subsequently arrested and murdered, and the tale is relayed through its spellbinding shuffle. The story’s gravitas is never compromised by the liveliness of the delivery. If anything choosing to relay these often dark tales with such upbeat vibrancy merely adds to their profundity.

Musically the record is alive with a restless yet fluent panorama of styles and influences. Perhaps the jewel in the record’s crown is ‘Lè Ma Monte Chwal Mwen,’ which traces the bass-line and sensuality of 'Walk On The Wild Side.’ But it also holds a magic entirely of Laveaux’s own making, as the gentle rises and drops dotted with a dancing guitar motif, and the reoccurring line “feels good, tastes better,” prove gently seductive. Elsewhere, the liquidity of the guitar work on tracks like ‘Nan Fon Bwa' lends the music a rare ebullience. And in addition to the rhythmical guitar of ‘Kouzen’, she demonstrates her voice is as pliable as her playing. It all adds up to an intoxicating mix that is densely layered and elastic, yet seemingly effortless.

Overall Laveaux has struck a fine balance between honouring her Haitian heritage, and the country’s history, with warmth, grit, and delight. There is something mystical and earthy about the record, but it also feels entirely contemporary. For all the album’s zest, it’s no lightweight affair, as the darkly spare ‘Legba Na Konsole’ is testament, as is the rumbling drive of the revolution anthem ‘Nibo.’ She has managed to capture a plethora of feeling on Radyo Siwel, and passion and defiance bubble up with every note. It's a richly evocative record that is impossible to sit still to and confirms Laveaux as a unique talent.