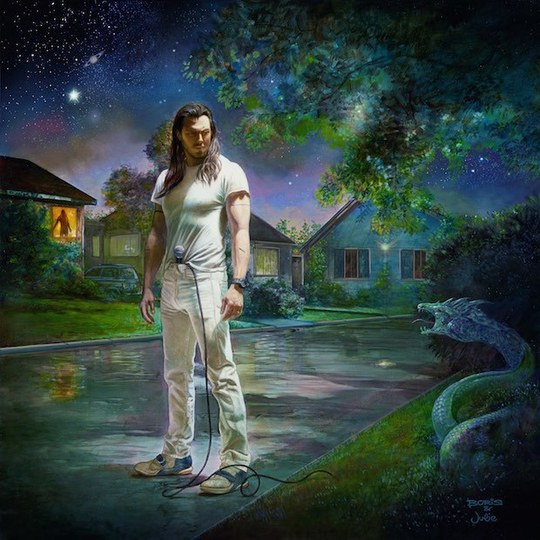 We're creeping up on 17 years since rock's perennial prince of partying Andrew WK released his seminal debut I Get Wet. While some of its original fans probably have too many cricks in the back to get down to 'Party Hard' to quite the same extent these days, what's also surprising is that this is the first 'true' release we've had in twelve years. The time between 2006's last studio outing proper – Close Calls With Brick Walls – has seen compilations, J-pop covers and a piano-only concept album about cars (obviously). But now Andy's back at a time when it's fair to say we need him most.

Openers 'The Power Of Partying' and 'Music Is Worth Living For' are representative of the album's intent in their titles alone. The former promises something grandiose before the latter erupts into the band's traditional calling card – anthemic rock burning with the irreverent spirit of punk and imbued with the euphoria of dance. The lyrics are of a similar nature; permeated by themes of overcoming adversity through partying, tracks like 'The Devil's On Your Side' come across as more philosophical, twenty-first-century versions of Destroyer-era Kiss.

As if having this kind of patter comprise virtually every line didn't hammer the message home enough, the gaps between songs themselves are often filled with empathetic, inspirational quips from the part-time motivational speaker. For example, the pseudo-Zou Yan wisdom of 'In Your Darkest Moments' and 'The Feeling Of Being Alive' teaches us to embrace all aspects of life – light and dark – before being bookended by Andrew's tongue-in-cheek humour: “Life is very intense, but that doesn't mean it's bad. Understanding this... is what partying is all about.” During these spoken-word intermissions on an otherwise jovial record, I can't help but be reminded of the Peep Show scene in which “the perils of shuffle” see Mark's iPod play his self-help audiobook in front of a crowd of partygoers. In this regard, Andrew WK has never quite been music made for pondering the meaning of life by candlelight, but these reassuring reflections are easily digestible for those who like a little life and soul with their party.

Despite retaining the ineffable atmosphere of yore, much of the album – particularly the latter half – feels a world away from the Noughties, relatively subdued compared to that era's frantic output. 'Break the Curse' is perhaps the best example of this; its spacey, prog rock crescendos peak and trough under a more introspective delivery from Dubya-Kay. Then comes the instrumental 'Beyond Oblivion', a swelling, cinematic score that would have booted The Shape of Water right out of the Oscars and clear over the Hollywood sign.

'Keep On Going', on the other hand, is a slice of bittersweet pomp akin to the quaint resurgence in glam rock that we've seen in recent years, but this eclecticism isn't always as potent throughout. 'The Party Never Dies', despite getting 10/10 for effort in the name stakes, has thick refrains, but ultimately – and ironically – never really gets going, as if the proverbial parents have returned home early. Perhaps he's picked up a few odd habits from his experimental exploits along the way, but, overall, this is by no means a musical evolution that strays unacceptably far from the path.

In these shadowy times, perhaps we need this kind of music. While we continue to see atrocities across the seas and closer to home, the continual unearthing of sordid scandals and uncertainty over our collective future, embracing the unrelenting positivity of a new Andrew WK album feels not selfish, but somehow necessary. You're Not Alone is the sound of a singer doing his bit to save the world.