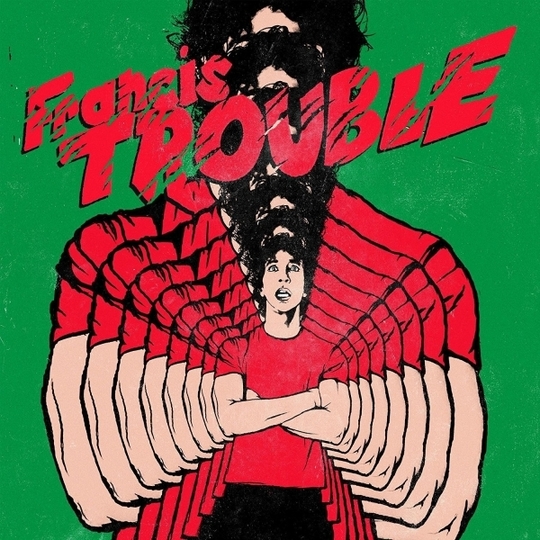 As one of the five dapper New Yorkers who make up The Strokes, a band which helped shape my love for music in the early Noighties when guitar music had once again re-ignited from the echoes of grunge and the fading clamour of Britpop, Albert Hammond Jr. will always have his own little place in my heart. The first of The Strokes to step aside into an alternate musical avenue with his delightful first record Yours To Keep – a path all five have now taken to greater and lesser extents – Hammond Jr. is now releasing his fourth full-length, and one that touches very close to home.

Back in 1979, his mother Claudia had a miscarriage. Despite rushing to hospital, the baby could not be saved. Though undetected at the time, by then Albert had already begun to grow inside of his mother, and when he was born the fingernail of his twin brother exited the womb alongside him. Reflecting on the time he spent with his brother Francis and his absence in his life, this album is both a homage and a personal exploration of identity. Yet, despite this melancholic subject matter, Hammond Jr. insists the music 'should not be taken too seriously,' and is intentionally 'tarted up' and 'made into a character', it being the 'mask' he wears to explore this jagged, sensitive terrain.

Beginning with birdsong, the album launches into hot, vibrant riffs and rhythms and before long the first sweet melody is weaving through your mind, making you feel right at home in Hammond Jr.’s spiralling thoughts and emotions. "You take me everywhere, we want to go" he sings, the use of ‘we’ being prevalent throughout the album, this duality in identity being at the crux of this record’s heart, as he appears to ponder the brief presence and extended absence of Francis and its effect on his life.

‘Far Away Truths’ follows, as does another sumptuously melodic hook, one that’s drenched in melancholy whilst simultaneously radiant and life-affirming, suitable both for sunlit strolls along the ocean shore and late night nostalgic thoughts and inebriated reflections. The backing riff compliments it perfectly and on this form Hammond Jr. reminds you exactly why Indie Rock can be such an infectious genre. He delves further into the gloom as the album progresses, shifting to a more somber, downcast tone, such that the daydreamy saxophone solo on ‘Tea For Two’ doesn’t feel at all out of place. ‘Rocky's Late Night’ brings Strokes-like precision in its guitar playing and arrangements, evoking shades of their album Angles, though despite a certain musical kinship Hammond Jr. ensures this record always feels distinctly his.

Closer ‘Harder, Harder, Harder’ features masterful guitar interplay, the layering creating a gorgeous, punchy, potent rhythm that gets right down your spine, and further soaring riffs are interspersed as the song progresses. It’s these moments of cutting potency that makes this album really shine. He hits heights that few artists of this genre can reach and although this isn’t maintained consistently throughout the record, the heavenly levels of joy and bliss he’s able to impart prove the purity of his talent and the worth of his experience.