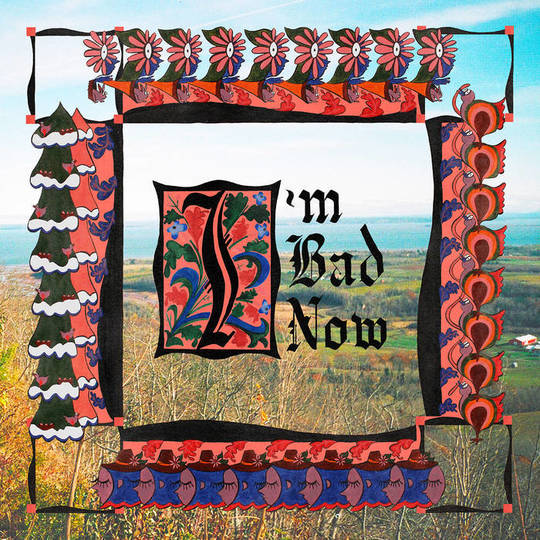 Halifax has been in the news a lot recently. While its UK counterpart has found itself favourably described as the northern equivalent of London's Shoreditch, its Canadian sister continues to thrive as the cultural and economic hub (and capital) of Nova Scotia. It can also boast an impressive musical lineage including the likes of Sloan, April Wine and Wintersleep among an impressive list of acts past and present.

At the forefront of its current music scene are Nap Eyes, a four-piece who've been striking a chord with audiences far beyond their native city ever since debut Whine Of The Mystic dropped in 2014. Initially formed three years earlier, the foursome have developed at a rate of knots over that time. Bonded by a love of classic leftfield rock such as Big Star, The Velvet Underground and Teenage Fanclub. What's more, in songwriter and rhythm guitarist/vocalist Nigel Chapman they also boast a composer whose modern day vignettes about every day life and the power of knowledge put him on a similar pedestal with these he aspires to be compared with.

I'm Bad Now is their third long player and first for Jagjaguwar. Following hot on the heels of predecessor Thought Fish Rock Scale, it arguably represents their most accomplished body of work to date and is testament to its four creators continually striving for that perfect mix of fluidity, depth and clarity. As the third and final part of a trilogy that began with their debut four years ago, I'm Bad Now delivers throughout its 11, mostly restrained pieces in a way that highlights Chapman's exquisite prowess for astute observational prose.

Continuing his quest for answers to the irreverent nature of knowledge, Chapman's lyrics deal with sociological, psychological and spiritual traumas on a personal level. All set to a musical backdrop that fuses melodic subtlety with occasional spurts of bombast such as on 'Dull Me Line''s three-and-a-half minute power pop flurry where Lifes Rich Pageant-era REM battle for supremacy with The Modern Lovers or more recently, vastly underrated Londoners The Proper Ornaments. 'Roses' follows a similar pattern and while its lyrical content reveals a bleak undercurrent of disappointment and despair, its skewered nature actually makes for a compelling listen.

However, Nap Eyes are at their unashamed best on the lovelorn laments of 'Everytime The Feeling' and 'I'm Bad', the album's double opening gambit that revels in its own misery yet feels uplifting all the same. 'Judgement' takes its cue from the classic songbooks of Alex Chilton and Jonathan Richman, Chapman opining "I don't believe it" in anguish over the most insistent of melodies. On 'Sage' he laments "the disappointment of a wasted day", it's structure and overall tone not that dissimilar to Belle And Sebastian's 'A Century Of Fakers'.

Indeed, the musical contribution of Nap Eyes' other three members - guitarist Brad Loughead, bass player Josh Salter and drummer Seamus Dalton shouldn't be underestimated and on the supercharged 'Hearing The Bass' their dynamism shoots to the fore in all its glory. Nevertheless, Chapman's way with words takes centre stage once more on the closing couplet of 'White Disciple' and Boats Appear', particularly the former which sounds like it could be a lost outtake off The Velvet Underground's self-titled third record. "Set me free!" he implores over a tidy yet distinctively choppy melody that best characterizes I'm Bad Now's deprecating theme.