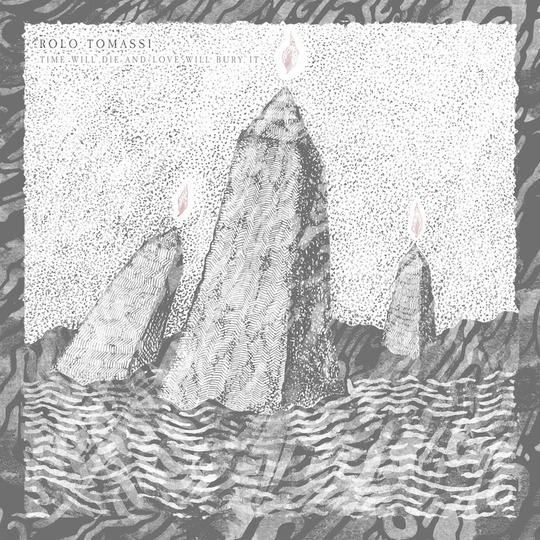 It seems incredible now that Rolo Tomassi hit their tenth anniversary last year, especially as they were so young when they first started. Their timing was, of course, excellent emerging on the heavier side of the UK math rock along with bands such as Meet Me in St Louis or Maths, but there was always a danger that the band would be seen as a gimmick due to their age, inventiveness and frontwoman Eva Spence’s ferocious growl. While only the core duo of Eva and her brother James remain from that original line-up, the band have blossomed and matured over their previous four records into a hugely respected prog–rock band, with Time Will Die And Love Will Bury It yet another example of their progress.

The band hop around their influences, never sticking too closely to any one of them but managing retains all of them into one fluid, consistent sound. Across this record, Rolo Tomassi move from the synth-laden band to jazz interludes to post-hardcore and thrash metal without breaking a sweat, putting them amongst the ranks of Dillinger Escape Plan and Between the Buried and Me. It is one thing to perform and perfect intricately layered and challenging music, but it is another to manage to make it all move seamlessly.

In almost every aspect, Time Will Die... succeeds in being punishingly heavy in places, beautiful serene in others, but always technically proficient. They even have the restraint to wait until track three before pulling the trigger, with opening gambit if synth-laden ‘Towards Dawn’ and relatively pop/mmo sounding ‘Aftermath’. One would be forgiven for thinking that they had the wrong band at first if having any knowledge about them, or alternatively, the surprise when lead-single ‘Rituals’ flies in after the comparatively ambient beginning. When they finally do let rip with ‘Rituals’ however, it is a thrilling ode to the lush-sounding black metal Deafheaven are famous for, before burning it all down with a positively Converge–esque breakdown.

And as the album progresses, that intensity never really lets up, even if there are more peaceful moments interspersed with the crushing heaviness. Follow–up tracks such as ‘The Hollow Hour’ and ‘Balancing the Dark’ for instance are fairly astonishing in their sheer prowess to remain not just hard–hitting but refreshingly inventive while doing so. Towards the album’s end, the respite finally comes as ‘Contretemps’ starts off as a piano ballad while building the rest of the band’s strengths on James Spence’s melody, almost approaching Explosions in the Sky levels of post-rock beauty even with Eva Spence’s sledgehammer vocals. Meanwhile, finale ‘Risen’ showcases the female Spence’s other side of the coin, her angelic, soprano singing voice. The climax brings an emotional resonance to proceedings that confirms Rolo Tomassi's impressive ability to cross these genres and moods and influences but still sound undeniably them.

So, while for some the metal side of things will prove too much, for the rest this is yet another stunning work from perhaps one of the UK’s most underappreciated bands (on a mainstream level). However, the aforementioned Deafheaven have shown there is a market out there that perhaps didn’t exist previously that can take on luscious sounding extreme metal, so perhaps there is hope yet. At any rate, it is a joy to still have a band like Rolo Tomassi around moving from strength to strength.