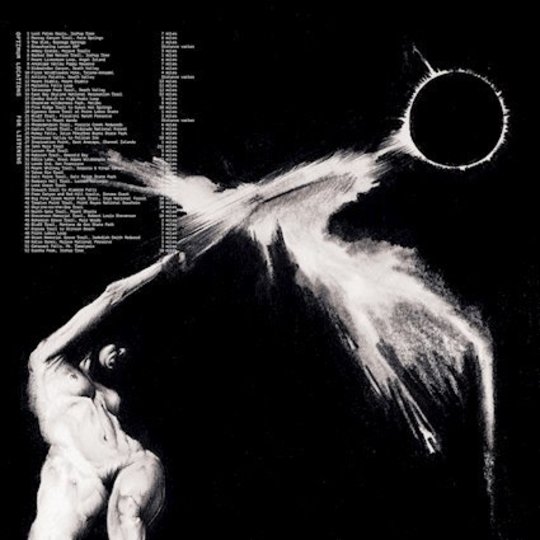 Tahoe, the second full-length album from Dedekind Cut, starts as it means to go on: by plunging headfirst into the clouds. Opener ‘Equity’ is definitive proof, if any more were needed after earlier Dedekind Cut releases, that Fred Welton Warmsley III has moved on from the unhinged, genre-mashing, beat-destroying experimentalism that he previously offered under the Lee Bannon moniker. Records like Fantastic Plastic (2012) and Alternate/Endings (2014) seemed to delight in taking unexpected tangents, resulting in some of the most intriguing electronic music released in the last decade.

The last Lee Bannon record, Pattern of Excel (2015) was both a beginning and an end. Leaning towards new age in its embrace of calm ambience, it was seemingly lightyears from the drum ‘n’ bass workouts of Alternate/Endings. In reality, however, the records ultimately both emphasised – above all else – their maker’s attention to detail. The same has been true of the early Dedekind Cut releases. The phenomenal EPs American Zen and The Expanding Domain, and the spectacular debut LP $uccessor showcased both Warmsley’s talent for subtly multi-layered soundscapes and, once again, his willingness to toy with listener expectations. 'Ambient' these records may largely have been, but they weren’t the comforting outings such a descriptor often makes listeners expect.

It’s all the more surprising, then, that Tahoe is such a comfort. The Expanding Domain bristled with the same uneasy intensity of Moon Milk or Remote Viewer era Coil. Tahoe, in contrast, is disarmingly gentle throughout the vast majority of its run time. This is cleansing music, which is perhaps appropriate for an album named after the largest alpine lake in North America. The slow softness of the album is undeniably reminiscent of such a body of water. Like many a great ambient album, Tahoe is both constantly stationary and constantly moving, with textures seeming to bleed imperceptibly into one another.

There are one or two moments when Tahoe threatens to break off into more disturbing territory. The most significant comes approximately three minutes into the (12-minute) penultimate track ‘Hollow Earth’, when a colossal waterfall of noise suddenly erodes the spectral vocals that have given the piece its early character. This new tone gradually opens up, like the cavernous jaws of some great beast, threatening to swallow everything that’s gone before on Tahoe whole. Things return to quietude almost as suddenly, and by the time ‘Hollow Earth’ draws to its conclusion it is with some of the most transcendently light sounds on the entire record.

This brief hint at darker climes contained towards Tahoe’s conclusion is important. No matter how soothing much of the material contained here is, this record emerges out of difficult times for the natural beauty it could easily be seen to be celebrating. Lake Tahoe, in all its majesty, is as threatened as any other site of natural wonder by the challenges facing our environment, exacerbated as they are by the unwillingness of political leaders to promote the ideals of the earth above the ideals of capital. Just as the peaceful sonic world of Tahoe is threatened with destruction by the currents just below the surface, so too are the opportunities for peace in the world around us. This record may well work as ambient escapism, but in its serene tenderness it’s also a reminder of the fragility of all that surrounds us.