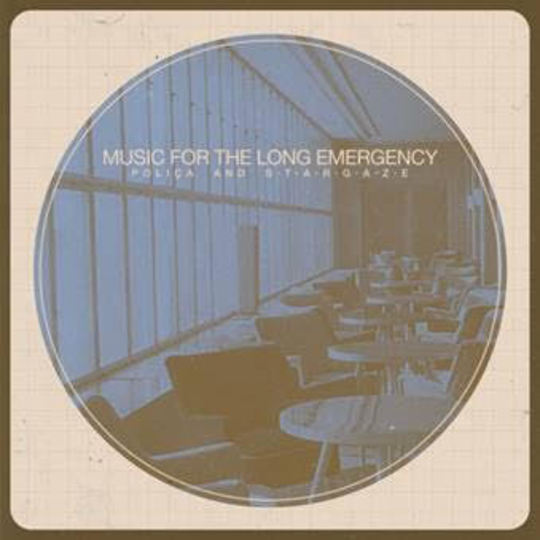 The self-righteous punks won’t tell you this, but there’s power in relief. You don’t always have to raise your fist to stand against oppression, as we’ve seen across the charity comps and collab projects from last year; the simple act of joining together can shrug off control from whichever authoritarian government might be breathing paranoia down your neck. Yeah, the union of Minneapolis’s R&B skewers Poliça and Berlin-based experimental chamber orchestra s t a r g a z e kicked off before the Trump era. But the raw horror of the election guided the collectives like a compass through the file-sharing odyssey and on-site improv sessions that ultimately coalesced into Music for the Long Emergency. Mind, both sides have delved into more challenging territory in their respective rap sheets, but that doesn’t detract from their stated objective, spelled out in the album title; the best moments of this shimmering collab offer cavernous shelter from the towering shadows that loom over the land.

Like a proper vinyl artifact, Music for the Long Emergency has two distinct sides: the snappy 'pop' side, and the stretched-out “experimental” side. Channy Leaneagh, the coy chameleon that fronts POLIÇA, insists that neither side intended to bank on their own comfort zone; yet the first act of the album does, in fact, read mostly like 'Poliça songs with s t a r g a z e pasted on top', to quote Leaneagh. Even with the unnerving horn flares and violin trip wires, the (literally) close-to-the-bone paranoia of ‘Marrow’ would’ve slotted in nicely with 2016’s United Crushers. That’s not necessarily an insult, though. ‘Speaking of Ghost’ also carries on in the Poliça tradition of barbed and woozy pop, but the woodwind assist lends a wooly warmth that cushions the contortions without muffling the enigma.

At any rate, the intended coziness doesn’t always come through. ‘Fake Like’ opens the album with a saccharine sucker punch of a slow jam, with such predictably delicate petals from the string section that the song’s rosy haven hardly feels genuine. There’s nowhere to even sit in ‘Cursed’, with its drum and bass hustle barreling through s t a r g a z e with unabashed menace. Both cuts draw listeners out of the surreal experience that the artists aimed to create, as the excess efforts to woo and distress stand out all too plainly.

No, the real fruits of Poliça and s t a r g a z e’s union shines in the second half, where the latter can finally unwind. ‘How Is This Happening’ testifies to the chamber ensemble’s rich history as stewards to the avant-garde; the depth in their gentle drift confirms that this retreat offers a more otherworldly comfort than the usual getaway. Polymorphic composers like Nils Frahm and Mica Levi have called on s t a r g a z e before for exactly this sort of eternity, and Leaneagh’s yearning croon here unfurls sweetly into the void. The title track turns into more structured territory, almost the tepid dinner party that often happens when pop artists mingle with orchestras – but the static decay that creeps into Leaneagh’s vocal at the end reminds us yet again what wariness we’ve overcome to reach this point.

Well – OK, that’s a rather lazy 'we' on my part. But whatever looming shadow might darken your homeland, Music for the Long Emergency offers a substantive retreat, with enough room for minds to rest and wander in peace. Some chambers might reek with lucrative perfume, but others extend like corridors into the proper oblivion that s t a r g a z e excel in, leading Poliça to hit a surprisingly blissful high. At the very least, this project cements a partnership between two wildly divergent collectives, across two continents – and in today’s divisive atmosphere, that’s a relief in and of itself.