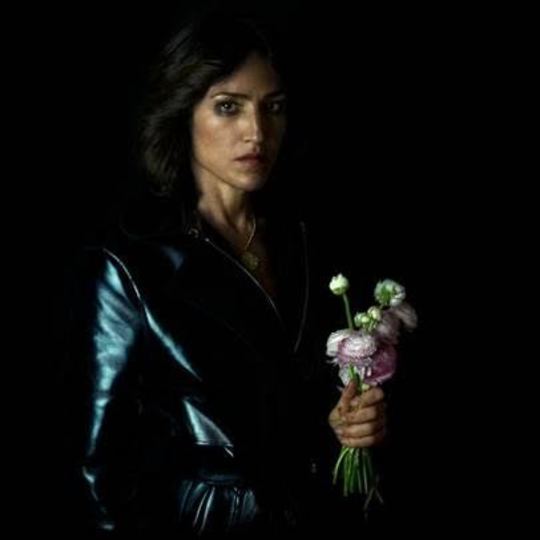 Joan Wasser’s last solo record under her moniker Joan As Police Woman, 2014’s The Classic, took a side-step into a jukebox of varying styles but mainly cherry-picked from vintage soul with a touch of R&B and doo-wop. Meanwhile, her album Let It Be You alongside Benjamin Lazar Davis drew on dark synthpop and jittery guitar rhythms. Both albums represented a departure from the dimly-lit meditations that characterised her debut Real Life and To Survive.

Despite some occasionally melancholy moments, it therefore seems like quite some time since Wasser has fully treaded into the torch-song territory that characterised some of her earliest works. Though it was tempered by gloomier moments, even 2011’s expansive The Deep Field treaded into retro-tinged grooves rather than moody reflections. Now, after turning soul diva and experimenting with Central African musical rhythms, for the most part on her new album Damned Devotion Wasser re-embraces the slightly more stripped-back approach found on her earlier records.

The compositions featured are therefore some of her most accessible, but that doesn’t mean they can’t pack a punch. Glacial, raindrop-like beats and waves of synths often form part of the backdrop, alongside occasional string flourishes and stately piano melodies. The title track manages to sound like two songs in one without being disjointed, marrying an airy hook with muted verses punctuated by a nagging guitar refrain, while the stuttering percussion on ‘Valid Jagger’ contrasts with Wasser’s honeyed voice, but isn’t jarring. Instead, it simply adds to the feeling that all is not well. ‘The Silence’ proves to be one of the most musically intriguing tracks, as doom-laden piano and gently plucked notes build in intensity with waves of synths and a sudden tumble into harsher noise and dramatic chanting. It constantly shapeshifts, keeping the listener on their toes with new elements. There is something of an odd tonal shift on ‘Steed (for Jean Genet),’ which deviates back into vintage funk territory with a somewhat irritating jackhammer melody shoehorned into the middle, but for the most part the musical foundation of Damned Devotion complements Wasser’s voice well.

That is undoubtedly a good thing since, as ever, it’s Wasser herself who ends up stealing the show. The often more restrained sonic palette allows her free-flowing, acrobatic vocals the space they need to flourish, putting her squarely back in the spotlight. Wasser’s voice only aids in laying bare the themes of uncertainty and romanticism underlying Damned Devotion. Her maxim - “if it feels scary to say it, it’s the thing you must say” – is a driving force behind the record; for the most part she doesn’t over-embellish her words, placing the truth of her feelings front and centre. Often this results in self-reflective thoughts, turning the lens squarely on her own actions. With the swooning ‘Warning Bell’ she laments the naiveté of being a romantic, being fully aware that she leads with her heart and not her head (leading to “damned devotion” in its most toxic sense), and on opener ‘Wonderful,’ Wasser acknowledges that even when things look their brightest, the continual need to fight to maintain that sense of happiness lingers.

Emotional frustration with others also sometimes comes to the fore. On both ‘Tell Me’ and ‘Talk About It Later,’ the kind of openness that Wasser brings to her own writing isn’t replicated in her relationships. Thus, in the hook of the former she pretty much demands transparency from the other person (“tell me, tell me, tell me/ What do you want”), while on the latter a lack of communication leads her to question the stability of the relationship (“you say we’re gonna be alright/ I beg to differ”).

It’s devotion coming from another, parental figure that forms the concept underlying ‘What Was It Like’ though. In it, Wasser notes that “you were always there for me” and how “you told me I had what it takes to make it anywhere” with complete sincerity. Such a tribute could have easily fallen into cliché but, while it is somewhat sentimental, Wasser’s earnest and nuanced performance prevents it from being sickly. There are occasions when Wasser does fall into the trap of being cloying though. Seeming to overly equate emotional starkness with simplicity, the likes of ‘Silly Me’ in particular, while somewhat self-aware, contains more than a couple of clunky lines and overused platitudes (“why does the sun refuse to shine on me”).

As Wasser sings on closer ‘I Don’t Mind,’ “it’s a bowl of cherries, it’s a bowl of hand grenades.” The line sums up Wasser’s view of life and love on Damned Devotion, one that encapsulates the dizzying highs and crippling lows with a just a few words. It takes the listener on a similar emotional rollercoaster, and while it sometimes isn’t the smoothest of rides, there’s more than enough here to help maintain a sense of devotion to Wasser’s work.