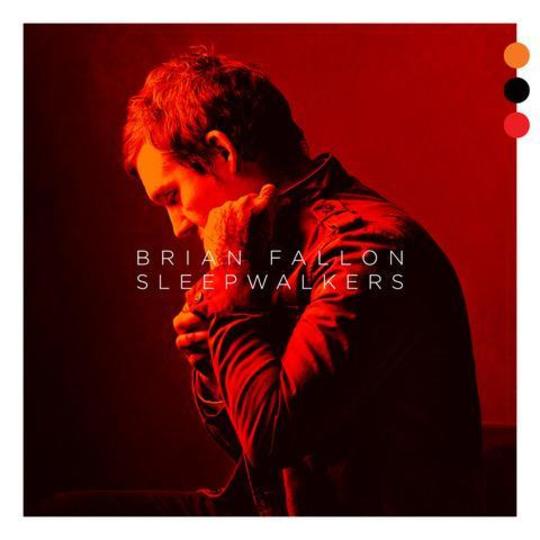 It’s far too often the case that when bands are on hiatus, their members' solo careers and side projects simply recreate the music they are comfortable with in their band setting, but without the same high quality and memorability.

This had been a concern when Brian Fallon went solo. His first album, Painkillers, was a wonderful, bittersweet set of songs, but echoed some of The Gaslight Anthem’s earlier music closely. The almost Kerouacian ‘Smoke’ was reminiscent of ‘Great Expectations’, and title track ‘Painkillers’ bore that same desperate melancholy of ‘Get Hurt’. Granted, it’s all still great music, but it started feeling like a watered-down imitation of the band’s best work, not quite matching up to the originals.

The first finger-clicking beats of the opener to Sleepwalkers set all those doubts aside. ‘If Your Prayers Don’t Get To Heaven’ is so bluesy it almost sounds like the theme tune to a detective TV show, but it’s radically different to what Fallon has done before. This more light-hearted approach is refreshing to hear and the hook in the song acts like an earworm, and sticks around for a long time after first listen.

The lead single from the album, ‘Forget Me Not’, is similarly upbeat. Fallon’s vocals are delivered with abandon, and the same high energy which runs through the whole record. Thematically, it’s similar to Fallon’s usual fare, with lyrics declaring “Could you promise me something if you find someone?/ That you'll forget me not/ Never feel too much/ Even if they do all the things that I couldn't do for you.” But these, mixed with the fervent optimism of the melody, make for confusing listening. This song might be one to divide listeners, but it’s worth relishing for Fallon’s decided and bold step away from the beaten track.

Other sections of the album return to more serious territory, with different outcomes. ‘Her Majesty’s Service’ explores the complexities and confusion of a one-sided relationship, but wrenches up to 100 percent emotional outburst too early, and makes for uncomfortable listening. The lyrics declare that they would “crawl across the grass to fall at your feet/ in the service of the queen”, but this overexposure lacks emotional the full background and context for the listener to be able to properly empathise with it.

Album high point ‘Proof of Life’ takes an overarching look at love with much greater success. Sombrely tackling ageing and losing his lust for life, Fallon’s wisdom shines through in the lyrics “If all my words have gone to waste away in the unknown/ As long as you know how I’ve loved you, that will be the proof of life when I am gone.” It’s a strong contender for the most romantic song he’s ever sung on, not a small accolade for the man who specialises in this particular brand of gruff, matter-of-fact songwriting.

Pushing the boundaries of his earlier instrumentation once again, ‘Sleepwalkers’ is confident and self-assured. There’s a brass band in this one, but this brave move is successful and easily blends in with the narrative of the song.

Closing track ‘See You On The Other Side’ is contemplative and powerful, carrying a simple message but not falling into the clichés it easily could have done. It’s a great ending to an honest and well-thought through album.

Overall, the record is recognisably Fallon’s; he takes his best ingredients of trademark likeability and searing emotional insight and transfers it while changing things up musically. It’s inspiring to see a musician like him take strides and experiment, not necessarily taking the safe route. At points some of the album is less memorable than ‘Painkillers, but I don’t think this negates the quality of the music. The serious themes that Fallon and the Gaslight Anthem have been known for prevail, but with a little more fun and energetic creativity thrown into the mix.