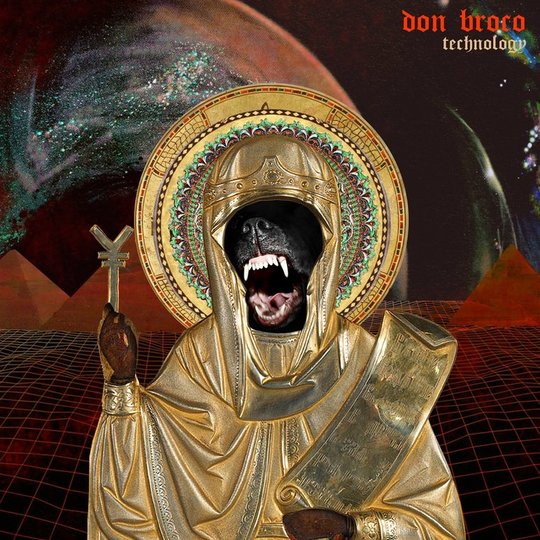 Following on from a busy 2017, Don Broco are kicking off 2018 with the release of their third and most ambitious album yet: Technology. The journey to release has been quite a long one, from the early 2017 release of the single 'Pretty', combined with a massive social push to convince fans that band member Tom was getting married (he wasn't). This was a bit controversial amongst fans, but it got people talking

After a secret set at Reading and Leeds, an honour they shared with rock legends Queens of the Stone Age this time around, there was even more pressure. Despite being an amazing year for the band, it was a tough one - they almost split. Though we know that these tumultuous times can produce the best records. Did it do it for Broco?

Technology is new, it's risky, it's a breath of fresh air that could only follow the months of weird promotion that lead to it. Compared to 2015's Automatic, Technology is a much more diverse beast. Of course it's still mainly rock, but tracks like 'Porkies' are almost crossover attempts with the synth beats opening the number. Rock is still what they do best, with 'Everybody' being one of the best they've ever released.

Technology isn't so much a cohesive album, more one made up of unique moments. 'Pretty' use self-aware samples, 'Porkies' gets political, and 'Good Listeners' leaves you listening to Damiani talking about having chilli con carne for tea with his mother. It's bizarre and wonderful.

On a 14-track album, you'd expect to have a couple of songs feel a bit 'filler-y'; 'Got To Be You' is a little dull and simplistic, maybe it wouldn't feel such if it wasn't surrounded by other ambitious tracks. One 'dud' out of 14 isn't bad going at all. A couple of other tracks do feel a little bit safe, 'The Blues', to name one. Again, maybe it wouldn't feel safe if not on an ambitious and large record, but it isn't the comedown you want when listening to some of the best tunes Broco have ever produced. It's much harder to decide on a standout track than one that maybe isn't so great - that's a very good sign of a good album.

If there was much else to criticise, it would be the extremely long promotion for Technology making it so that a good chunk of the album is already known to fans, and these tracks are largely within the first half of the record. Spacing the promo tracks and singles out a bit would really make that first listen through much more special, no one wants it to feel like a chore, but you are wading through the familiar to reach the unknown.

In one of the best tracks of the album ('Greatness') Damiani roars to "Give me fucking greatness or give me nothing at all" (in between some iconic Little Richard inspired howls), and if that was the bar Broco set for this album, they gave us fucking greatness. Technology is without a doubt their best album to date, it was time to know just what Don Broco are capable of, and it's a whole damn lot. Will this please die hard fans? It surely will, being filled with the signature Don Broco charm and sound, but shows elements of growth and diversity - as a third album should. The year is off to a good start for them.