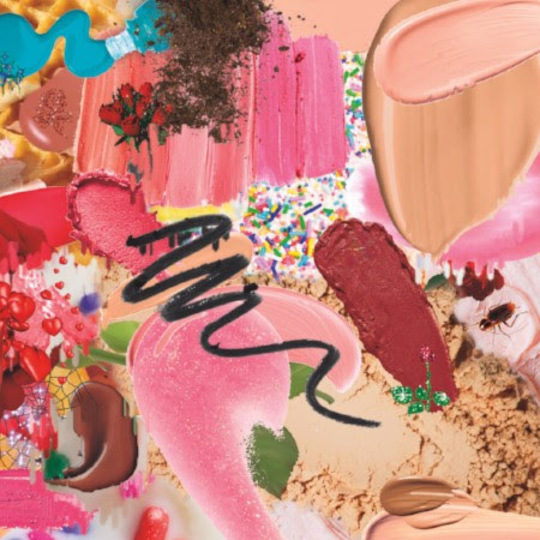 As I sat with a glazed expression watching the Grammys unfold, James Corden’s presenting about as much fun as suffocating one of those ‘consolation puppies’ with your bare hands, every post-Kendrick joyless performance had me desperately hitting mute and looking for relief. If this beige ceremony is to be lazily accepted as an honest reflection of the best music of the year, rather than the collective big label wankfest that it really is, then the guitar has become a vestige of the old skool, out of sync with the present like the fiddle or trombone. String instruments now join the host of other instrument families merely fitting for the background to be played by session musicians in shades, whilst super egos frolic in the limelight. Even within its own categories only the Stones and Foo Fighters were seen as worthy of notice. Yet the joy of the guitar lies far beyond the rock god unleashing a solo to the adoring masses, as Stef Chura’s record effortlessly illustrates.

Having honed her gorgeous finger picking playing style in the underbelly of Michigan over six years, self-releasing home recorded songs on love and falling out with landlords, she couldn’t be much further from the glitz and glam world of the Grammys. Transporting melancholic riffs up and down the guitar neck, with her enchanting vocal melodies beautifully overlaid, such as on the stunning ‘Human Being,’ she makes you feel like you’re sailing on pink clouds through a city skyline on a sleepy October afternoon. As Bruno Mars and co revelled in their own neverending success on the screen in front of me, this was some much needed escapism.

Her voice alone is enough to zap you out of the unreal fuzz of showbusiness and back in touch with true human emotion, her charming Midwestern accent and vocal quirks adding a further layer of authenticity and character. Reminiscent of Courtney Love’s forlorn musings during Hole’s height, she sounds everyday and daydreamy whilst simultaneously distinct, peculiar and entrancing. Her lyrics are often sparse and concise, yet deft one-liners such as “Thin like the skin on a lottery ticket,” and “Inhale in through the backbone” bring an incisive potency to her songwriting, the sort of atypical, neat craft of language that ensures her words linger long in the mind.

She describes the album as an 'emotional collage', a reflection of the polar radiance and gloom of life; the ‘messes’ being emotional rather than physical. This is mirrored in the shifting feel of the record, with its flashes of upbeat, feel good light and then more prominent moments of wallowing and sinking into darkness. More intriguingly, she also explores a blurring of the line between these polar states, such as the mournful, off-kilter euphoria of the ascending riffs on ‘Messes,’ and the somber cries of "Honeymoon phase” on ‘On and Off For You.’

Reaching back for the remote I unmuted the TV, and was warmly greeted by DJ Khaled screaming “We the best!” as Rihanna sauntered on stage to sing another thoughtful inquiry on the subject of lust. Though it may be unfair to juxtapose these sonic experiences, variety being integral to the enduring appeal of any art form, the contrast was nevertheless jarring, particularly as DJ Khaled’s production is so bereft of musical ingenuity and heart that it leaves one wondering how on earth he’s got this far.

Thankfully only the emptiest among us make music for awards. Having reflected that the one thing she had to do in life was 'make at least one record' following the passing of a close friend, Chura proves that she exists in a different plane where music for its own sake lies at the zenith of what one can experience and achieve in life, and is detached from the excesses of wealth and power it can bring. Here’s hoping there’s much more to come from this magical songstress.