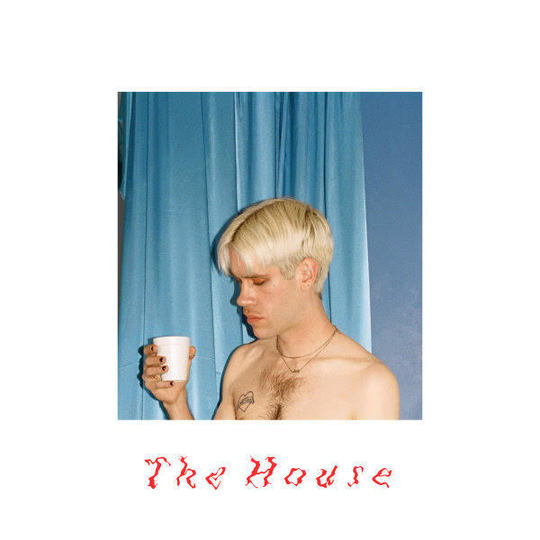 Why are we here? Why do we want to talk about another New York hermit who obsesses over himself and fiddles with cookie cutter beats like an oversized infant fiddles with Fischer Price toys? Why do people follow his precious wikkle Twitter diary of chicken scratch and eyelash loss? Why did anyone willingly dip into the anesthetic haze of 2016’s Porches record Pool, if not to siphon out the excess chlorine that burns eyes and bleaches hair? WHY?

Sorry. Forgive me – at least, for venting too soon. But we have to draw some lines here. The celebration of the mundane isn’t the sole specialty of novelists any more – every damn chirpy member of the social networks relishes now in the self-centred banal. And yet this is what pseudo-sprite Aaron Maine employs to convince us that he’s a special snowflake – a self-imposed isolation, point blank surface observations, suspended adolescence. These are truths like shiny gold balloons: poke too deep and they pop, and release nothing but hot breath.

We could talk about The House, Maine’s third album, and second stint into uninspired bedroom electronica for sad kids that want to pretend they dig synth pop. Or, we could talk about Willis Earle Beal’s Nocturnes, another hypnagogic liturgy of domestic and electric ballads from a self-exiled bloke, which I severely undervalued two years ago. The difference (err, beyond a genuine lack of ego) is that Beal can actually sing – which alone wouldn’t redeem one artist over the other, but that achingly expressive voice lent warm blood to the starry void synth drones. What does Maine add to his dead horse of a mix? What, beyond a faceless monotone, blurred even further by that godawful Autotune (again)?

We could, theoretically, break down the songs like we’re supposed to, and pinpoint what’s a rip-off of who (short answer: a shade of Arthur Russell in the woodwork, a pinch of Majical Cloudz in the corners, maybe even sprinkles of his old pal Frankie Cosmos, but ultimately heaping teaspoons of sugary house and modern R&B). But basically, the only time that Porches doesn’t manage to bum you out with stupefying boredom is ‘Find Me’, where a potted techno synth and clipped horn tones at least attempt some levity while Maine moans about hiding in his house. Everything else just drags, and not in a good way. You can hear the airbrush gliding over blank T-shirts, stylising Maine’s empty apartment in neon pinks and purples, especially on the Avalon-esque 'Now The Water' and the crying-in-the-club trap dirge of 'By My Side'. The agony is there, but none of the nuance or substance that would make you empathise or relate with it.

Oh, do we want to talk about words? Do we? Like the time when Maine tries to rhyme “mirror” with “idea”? Or, let’s see, how the whole album is just variations of “hello, I’m an incorrigible hermit, but I demand your affections, because all my spare brain power is concentrated on a perfect portrait of you”? That’s literally it. Pitchfork’s Jeremy Gorden even admitted – on a 'Best New Music' review, no less - that Pool portrayed the mind of a man who doesn’t possess much of a mind, and The House doesn’t change that impression. Indeed, Maine trots out the I’m swimming in thoughts of you metaphor so often, that he basically confirms his own shallow depths – like, wow, not only does the guy openly confess that he can’t focus on anything other than lust, but he then lacks the imagination to render that obsession in any other form.

Even Greta Kline, his old sweetheart and the once closeted Frankie Cosmos, broke out of her hermitage to reach her fans. In that light, The House depicts Maine not as a mirror for the modern world, but simply a victim, no different than any of those other attention-fishing dwellers you know on the interwebs. Tell me – and I mean, seek me out, yell it to my face – why this one-dimensional hermit over any other?