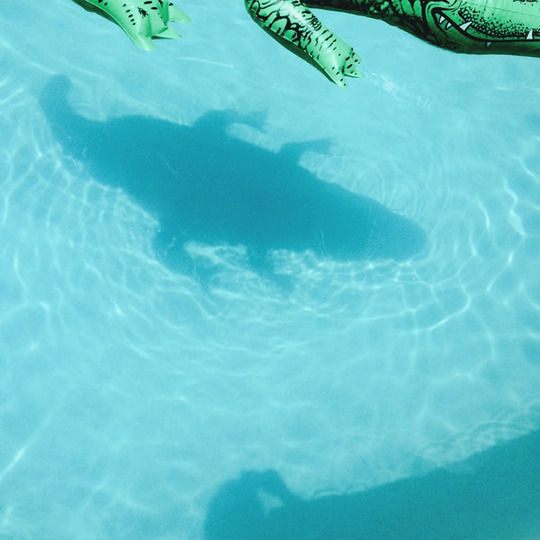 For over five years, Shopping have quietly been one of the UK’s most vital bands. Deeply involved in the queer/DIY-punk scene in London (and now, also Glasgow, where drummer Andrew Milk now takes residence) their brand of ESG-inspired post-punk their consistently solid output over two albums - 2013’s excellent Consumer Complaints and 2015 follow-up Why Choose? - saw them rewarded with a deal with FatCat Records and a tour of the US.

Ironically, it is lead guitarist/vocalist Rachel Aggs’ other band, the (mostly) Glasgow-based Sacred Paws, that has finally seen some wider acknowledgement to her talent as a songwriter and guitarist, as a thoroughly deserving winner for last year’s Scottish Album of the Year Award for Strike a Match. So Shopping’s third set, The Official Body, is their first since Aggs’ success and as a result could well be the band’s defining moment. Recording with the legendary Edwyn Collins in his studio in the Highlands certainly doesn’t hurt, but The Official Body is the sound of a band pushing themselves forward towards a wider scope of themselves.

While the album’s lead singles and one-two openers ‘The Hype’ and ‘Wild Child’ may seem like standard fare for anyone who’s heard the band before, there’s renewed energy to their sound that perhaps waned slightly on their second album Why Choose?. Both are driven on Milk and bassist Billy Easter’s funk-punk grooves, Aggs’ melodic guitar-lines and a back-and-forth vocal line, there’s an assuredness that they are currently the best out there in this, albeit quite niche, genre. Easter’s fast-paced walking bass-line on ‘Wild Child’ is especially inspired, rolling through Aggs’ lamentations that one’s idols aren’t always what they’re cracked up to be.

However, there is also a literal expanse into Shopping’s sound, as for the first time they are utilising synths and samples as opposed to their so-far exclusively lo-fi drums, bass, guitar, vox line-up. The synths first appear on ‘Wild Child’ but they become more prominent as the album progresses. In the album’s second-half, the positively dark and moody ‘Discover’ - with Milk’s haunting backing vocals “I’m not lonely/I’m fine” - especially hammers home this sound, while later on album highlight ‘New Values’ the band update samples often associated with dub-reggae into a new context of their own, with the “new values” of the title referring both to economic and social worths.

Prominently, however, Shopping remain committed to their lo-fi sound, albeit with a fuller production sound realised by the former Orange Juice frontman. ‘Asking for a Friend’ and ‘Suddenly Gone’ for instance are just excellent examples of the band doing what they do best, fast moving, thoughtful, dreamy post-punk with a social conscience that keeps the listener on their feet. The band’s ability to carve new ideas out of a fairly established sound remains an impressive feat but their ability to couple that with socio-political ideas such as issues of representation in being both queer and a person of colour, in Aggs’ case on ‘Suddenly Gone’, without hitting you over the head is one to be admired. Overall, another great album from one of the UK’s best underground talents who may not remain so underground for long.