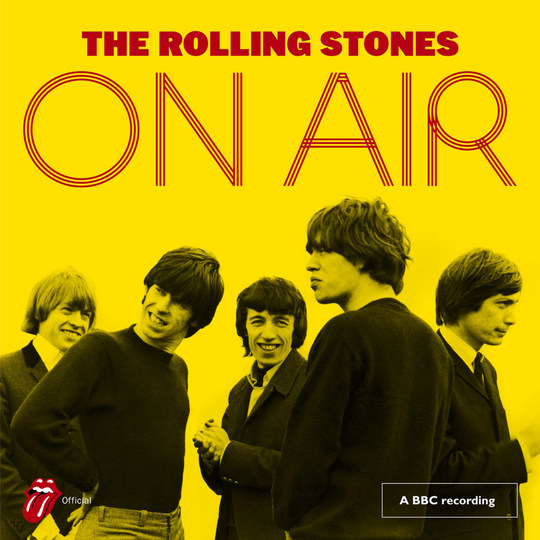 In theory, there shouldn’t really ever be anything surprising about yet another archival release from The Rolling Stones - especially this close to Christmas.

What does beggar belief, though, is that after a full 55 years, the world’s savviest rock and roll brand still has previously unheard material tucked away. You suspect that the most dedicated of Stones completists - and there must be some of them out there - would need their own warehouse to store the veritable avalanche of live albums, greatest hits collections and rarities compilations that the band have put out over the years.

Since their 50-year-anniversary shows in 2012 alone, they have ushered no fewer than 12 records that fall under one of those three categories into the world, with On Air making it 13. That’s not counting, either, the closest that the band have come to a out-and-out new studio LP since 2005, last year’s Blue & Lonesome, which was comprised entirely of covers of Chicago blues tracks - some standards, and some curios. It did, in fairness, go to number one in 15 countries.

It only takes a cursory glance over the Stones’ setlists over the last few years, though, to torpedo the idea that the much-mooted, all-original follow-up to A Bigger Bang is something that the fans are stamping their feet in impatient suspense at the prospect of. The money is in the hits, which explains why recent live mainstay ‘Out of Control’ is practically brand spanking new compared to the rest of the standard repertoire - it was released on Bridges to Babylon in 1997.

Even the most hardened fan of the band would surely have to admit that the genuine musical intrigue had dissipated by the late Seventies. There’s a reason why Crossfire Hurricane, the 2012 documentary that ostensibly was made to mark and cover the group’s half century, ground to a halt around the time Ronnie Wood joined. Not that it was his fault, of course, but after Some Girls, the creative highlights are few and far between.

There would, naturally, have been plenty of juicy extracurricular stories to tell after that point. The complete breakdown in relations between Mick Jagger and Keith Richards during the Eighties would’ve been one, and the infamous right hook that the usually mild-mannered Charlie Watts laid out a drunken Jagger with around the same time might have provided another ('I’m not your drummer, you’re my fucking singer!')

The filmmakers could even have brought us up to the present day, chronicling the fierce debate over Jagger’s endowment that Richards’ autobiography sparked, or indeed the time Wood outdid himself in 2008 with one of the most spectacular alcoholic meltdowns of all time (he ran off with an 18-year-old cocktail waitress and, by one tabloid’s estimation, was getting through two bottles of vodka a day whilst not knowing where he was). To justify any of that in musical terms, though, they would’ve had to set it to a soundtrack of Undercover, Dirty Work, Steel Wheels and Voodoo Lounge - kudos to anybody who can name more than one track from each.

Accordingly, when it’s time for yet another boost of the collective coffers, the best bet is to turn the clock back further than 1978. With On Air, that’s precisely what they’ve done - well beyond that date in fact, right to the very early years of the band, when they were still a sharp-suited rhythm and blues outfit that had yet to, to borrow a favourite phrase of Richards’, 'put on the black hat' in response to the perceived squeaky-cleanness of The Beatles. On Air transports us to a time when the Stones themselves were every bit as clean-cut, with Brian Jones at the helm and any concert that lasted more than 15 minutes before a tornado of teenage girls swept across the stage to curtail it representing a marathon effort.

The record is culled entirely from radio sessions cut for the BBC between 1963 and 1965, which back then was the only time artists would be expected to play live for broadcast. Eight of the deluxe edition’s 32 tracks have never been released before, which might be less to do with the band uncharacteristically choosing to pass on a quick buck and perhaps more with where the tapes actually ended up; the Beeb have blots elsewhere in their copybook on that front where the Stones are concerned, with a message on the group’s official Twitter a couple of years ago asking anybody who might have their full Top of the Pops performance from 1971 to come forward, because the original recordings had gone missing.

Where these ‘new’ songs came from remains a mystery, as does exactly which ones are new - the band don’t seem to have disclosed that information. What we do know is that they’ve been remastered just about as crisply as purists could’ve hoped for. That iconic riff from ‘The Last Time’ sounds pleasingly sharp on a ’65 rendition from Top Gear, which presumably meant something different back then, and a ’64 cover of ‘Route 66’ swells with a rich groove. Bar the odd track that was presumably beyond a proper clean-up - a take on the song that Lennon and McCartney penned for the band, ‘I Wanna Be Your Man’, is almost unlistenable in its scratchiness - the restoration job is an impressive one.

As much as the Stones’ personalities didn’t burn quite as bright during these fledgling stages of their career, Jagger is still the star here; even then, when he was fronting a band playing relatively inoffensive blues numbers, his voice dripped with the sultry arrogance that would go on to make him one of the era’s great icons. The rest of the band were yet to find their own individual identities, although the back-and-forth on the guitars between Jones and Richards on ‘It’s All Over Now’ would hint at the simpatico playing that Richards later made the bedrock of the Stones’ finest moments ('the ancient art of guitar-weaving', as he likes to call it).

What’s striking about On Air is the timing of its release, coming so soon after Blue & Lonesome, which provided a really touching insight into how dear Jagger, Richards, Wood and Watts continue to hold the blues records that so inspired them in their formative years. On Air feels like the other bookend, with the track listing dominated as it is by similar covers; it’s just that, this time, they crackle with youthful energy, rather than glow in the warm gaze of riper eyes.

Plus, if nothing else, the album has that same quality that The Beatles’ records from around the same time have, in that you put them on, listen back to how charmingly of-their-time they sound, and marvel at the fact that before the decade was out, these same guys had written some of the most innovative and, indeed, immortal rock and roll songs of all time. For that alone, On Air is worth your time and, for that matter, your money. After all, it’s such a time warp to listen to that it’s almost easy to forget that these Stones continue to roll, and indeed that’s why On Air’s out at all - Keef’s got twin Marlboro and vodka-and-Sunkist habits to feed, and Mick’s child support bill won’t be shrinking any time soon. What they’re offering here in return is a richly-detailed portrait of the way they were, longer ago than most can remember.