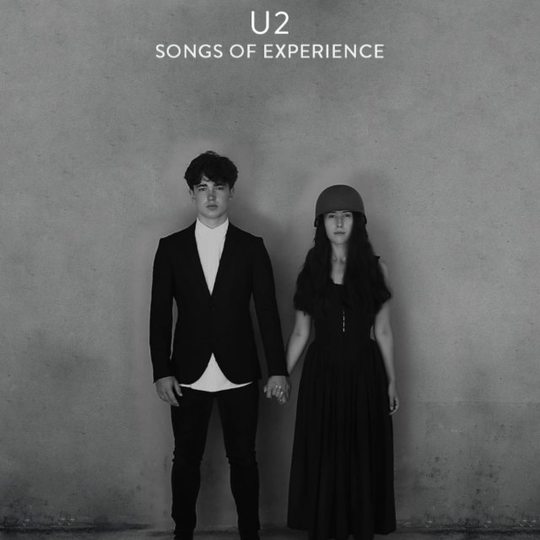 Three years on, and I can’t help but look back quite fondly on U2’s decision to release 2014’s Songs of Innocence as a mandatory free download to every iTunes user on the planet.

Sure, it smacked of monumental hubris and the backlash against the album’s means of distribution became a bigger story than the actual album. But fuck it: even if it felt as technocratic as it did Dionysian, it was pretty much the last great rock’n’roll gesture left to make, at the end of the rock superstar era. (By-the-by I also couldn’t help but help but wonder if the most entitled complaints about it didn’t come from those with the least concept of music as an object of value... but that’s a hill to die on another day).

Anyway: we were promised Songs of Innocence would be swiftly followed by a companion album, Songs of Experience. There were all sorts of reasons to be skeptical about this: for one a similar companion to 2009’s No Line on the Horizon – entitled Songs of Ascent – had previously been promised but never materialised. Time wore on, and in the ultimate ‘dog ate my homework’ moment, the band claimed that the rightward lurch in global politics meant they had to rethink the record. Then in a masterful act of procrastination they spent much of 2017 touring the 30-year-old The Joshua Tree.

But here it is! And fair play to the stubborn bastards for still calling it Songs of Experience, even though  any notion of it functioning as the second half of some coherent conceptual whole is surely DOA by now (though having toured its predecessor under the title Innocence + Experience tour, this one will be supported by the Experience + Innocence tour –  stop trying to make Fetch happen, Bono).

Anyway, the extraordinary thing about Songs of Experience is that it’s really quite good. U2’s palpable desire to be the biggest band in the world has done much to fuck up their music ever since they got spooked by the fact that 1997’s colossally arch Pop ‘only’ sold seven million copies (innocent times!). But now that ‘biggest band in the world’ isn’t really a thing - or if it is, it involves touring an old album around global stadia - the band have crafted what may be their least try-hard album, well, possibly ever.

This is not to say U2 do not try hard: of course they do, they’re bloody U2. But nothing about Songs of Experience feels particularly forced, in the way most of their post-Pop material has seemed to explicitly be an attempt to win somebody or other over. Ironically for a record distributed so disposably, Songs of Innocence felt horribly overthought; Songs of Experience feels like the band just wrote the album they felt like making, It’s a melodic, often very pretty record that seems more obviously concerned with the state of Bono’s marriage than the state of the world post Trump at al ("you're the best thing about me, but the best things are easy to destroy"; "I'm most afraid of losing you"; "you're the only thing that matters but I can't see you through the tears").

If it has a political message, it's one of compassion: the gorgeous, hymnal opener 'Love Is All We Have Left' kind of says it all in the title, while the likes of 'Summer of Love' and 'Red Flag Day' take unexpected lyrical turns that open them up being about the ruins of Syria and the global refugee crisis respectively (apparently the year's delay largely yielded some lyrical tweaks).

Moreover the diverse, melodic set of songs sees Bono in genuinely fantastic voice, and the (slightly too long) album's initial five-track rush is as strong as they've been in decades. 'Love Is All We Have Left' is the gorgeous, elegiac overture; 'Lights of Home' ups the tempo, but eschews the expected 'the rock number' formula in favour of a loopy extended out and snarling self-doubt from Bono; 'You're the Best Thing About Me' is just a gorgeous, classic riff and melody, a fuzzed up take on Motown spiked with a little more of that delicious self-doubt; 'Get Out of Your Own Way', with its heartbeat drums and throbbing bass recalls a poppier take on their more spiritual older work, and benefits from seguing directly into 'American Soul', an arch stomp that shares a guest vocal from one Kendrick Lamar. Truth be told, his faux preacherman turn ("blessed are the bullies, for one day they will have to stand up to themselves") probably isn't substantial enough to lead any rap-agnostic U2 diehards to DAMN et al. But the rough texture of his voice is thrilling against the band's more luminous backdrop, and it feels less a gimmicky guest slot, more a subtle grounding of the record via an authentic American voice.

If the start of the album is the strongest bit, there are jewels hidden throughout: the short, strident, wintry ‘Red Flag Day’ sounds almost heartbreakingly like something off War (heartbreaking because if they can just turn that on, why haven't they when they've spent much of the last two decades talking about recapturing their past). And ‘The Blackout’ is a gloriously self-lacerating slab of dark disco in which Bono questions the band’s continued existence ("a dinosaur wonders why he still walks the Earth") and his generation's political failure ("we had it all and what we had is not coming back"), like some blackly cackling elder version of The Fly.

There are definitely problems here. For a band that has spent so long looking back of late – to 1980’s Boy as much as The Joshua Tree – it’s amazing that Bono has failed to clock how much better his lyrics were when everything wasn’t a rhyming couplet. Okay, not everything is a rhyming couplet and Bono's singing is impassioned enough that he often styles it out – even 'Love Is All We Have Left’s jaw-dropping "love is all we have left/a baby cries on a doorstep" sounds better when you hear it. But there’s an underlying sense of the ersatz that continually works against his sincerity.

And there’s a sense that the middle aged band are much stronger at conveying ambivalence than conviction now. This works to the good of the stronger, more self-doubting lyrics when backed up with a rock-solid tune – which they frequently are – but there are points (especially in the second half) when it feels like the songs are a bit wishy washy and might have sounded better if rammed home with the urgency of their Eighties of the snarl of their Nineties (I’m not sure ‘Red Flag Day’ is technically the best piece of songcraft here, but it’s my favourite song because it whumps home with such wire-taut force).

Almost ten million Spotify plays for ‘You’re the Best Thing About Me’ (not to mention seven million for Kygo’s tropical house mix!) shows there’s still an audience for U2’s new music. Nonetheless, it's not a song that's bothered the charts, and I suspect Songs of Experience won’t be much of a hit, at least not in the way it would have been back in the day. But for once I get the feeling the band might be okay with that: they just seems to be writing the music they enjoy, about the things they care about, and it’s done them a world of good.