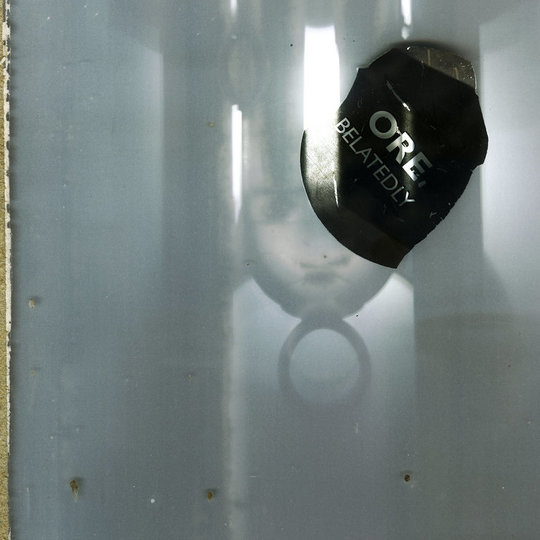 Ore began life as a duo before it became Sam Underwood’s solo project. Pitched as doom tuba, and named after a rock from which valuable metal or mineral can be extracted, Ore feels like a tantalisingly odd proposition. Belatedly began life under grim circumstances, as a gift to Underwood’s father who was then diagnosed with lung cancer. Following his death, the album remained unfinished until Underwood felt ready to face the project again. Its completion may have come later than first expected, but the time Underwood afforded himself is reflected in the record’s considered pace and thoughtful experimentation.

Given the circumstances surrounding the record’s gestation, it’s unsurprising that an elegiac tone pervades Belatedly. There are perhaps three tracks that most directly convey the sense of loss and sorrow. 'Antimony' rests on mournful and deliberate deep notes, backed by an echoing beat that conjures the feel of a funeral march. Similarly 'Beck’s interweaving trombone, tuba and almost indistinguishable guitar jangle ring out like a final farewell. But, arguably, 'Bauxite' is the most moving meditation, and where Underwood cuts the loneliest figure as the music’s minimalism speaks volumes.

Whilst these three tracks fix the emotional heart of the record, Underwood is free to experiment more extensively around them. His various explorations never come at the cost of a range of feelings; the agitated opener ‘Scarn’s wailing feedback unsettles with its circular tuba-driven melody, whereas ‘Silicate’ offers repose with its delicate percussion and near-uplifting melody.

Much of the success of the album lies in its sensitive amalgamation of acoustic instrumentation and electronic flourishes that sound both contemporary and elemental. The industrial pulses of 'Vanadium' features almost jazz-like percussion that lends the track a deep groove, ‘Kazuyuki’ thrillingly ventures into drum and bass rhythms with slice and splice synth and a runaway drum machine section, and ‘Thomas’ offers an experimental noise interlude. The record has harsh edges, but also an immense warmth, no doubt aided by the naturalistic production that serves the intimacy of the music: Audible intakes of breath deepen its poignancy, and ambient sound strengthens its realism.

Although there is extra instrumentation, it’s Underwood’s tuba that dominates the course and atmosphere of the record. It’s a singularity he shares with Colin Stetson and Mario Batkovic’s latest records (one sax and one accordion-led), and it’s a welcome addition to this tradition of fore fronting instruments not commonly associated with popular music. Belatedly’s slowly unfolding compositions, and dour tone are true to Underwood’s self-professed drone/doom angle, but it offers a whole lot more than that. It’s a variegated album with such strong melodies, however dampened down they are by bass notes and pace. A wealth of value can be extracted from Belatedly, it doesn’t always offer its treasures in a convenient and straightforward manner, and it’s all the more captivating for it. Belatedly is a fantastically weird and tirelessly roaming record which is underpinned by unshakable emotional foundations that are simultaneously haunting and comforting.