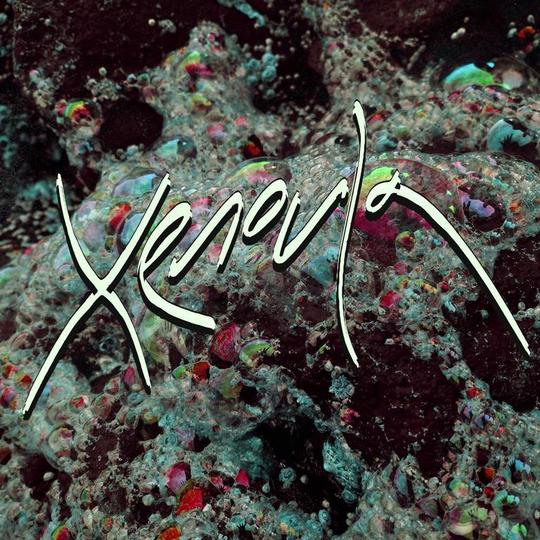 Romy Xeno spent many of her early years living in South Africa. There, she was influenced by some of the traditional, earthly songs of the nearby villages, as well as the rhythms of nature, developing a kinship with flora and fauna rather than man-made objects. At the age of 16 though, she moved back to the UK and the culture shock, understandably, was great. She now had to adapt to new surroundings, ones where crowds of people would swarm around her, bustling around in cars and public transport, enveloped every day by digital messages and fast, city living.

Xeno now resides in north Wales; not too far removed from the hustle and bustle of conurbations like Liverpool, Manchester and Cardiff, but remote enough to be able enjoy the tranquillity of nature. Knowing her journey across the years, which has seen her travel distant lands and navigating two very different forms of existence, is a key factor when tapping into her debut album under the moniker Xenoula. As you might expect, this is a record that attempts to consolidate the two contrasting worlds that have defined her life through often sound. Even her music videos up to this point have tackled the topic, from Xeno emerging from a mysterious, alien pod in order to navigate a new world, to her playing clearly defined dual roles, dressed entirely in black or white.

It’s wholly unsurprising then that Xeno takes the traditional rhythms from her childhood and places them as the foundation for her music, layering on the top often ambient synth swirls and electronic pulses and well as her own ethereal, wistful vocals; opener ‘Chief of Tin’ sets this tone from the start. What follows is different mutations of this formula, with some variations in tone and structure. ‘Luna Man’ introduces a wobbly, reverberating guitar melody into the mix that sits starkly against its simple handclaps and Xeno’s (literally) whispered vocals, while the instrumental ‘Dear Ron’ fits a number of glitchy pulses into its beguiling two-minute instrumental.

Sam Dust, better known as LA Priest, teams up with Xeno to help produce the record, and his fingerprints can be felt in some of the off-kilter instrumentation on offer. There’s even a track that sounds as if it could have been an off-shoot from his side-project with Connan Mockasin – Soft Hair – in ‘Caramello’, which is as smooth and silky as its name suggests, packing in laid-back flourishes of funk and psych guitar that Dust’s New Zealander counterpart would lap up. A similar silky vibe is maintained through the syrupy ‘Honey Priest’, but some of its sugary nature is thankfully cut through by a short, sharp smattering of portentous brass.

Closer ‘Tororoi’ is not only the album’s most hypnotising moment, but it’s also the moment where Xeno’s two opposing worlds collide with the greatest effect. She chants the track name continually as her vocals are layered in harmonies, the traditional percussive beats that overlap and occasionally syncopate, giving way to slightly atonal keys and moments of industrial fuzz that cut through the mix. It’s the moment where Xeno’s battle to consolidate both of her backgrounds presents itself most obviously within the music, the tension palpable in every very slightly asynchronous step. However, the relatively dense, intriguingly layered nature of ‘Tororoi’ also highlights perhaps the biggest problem with Xenoula: it’s an album that feels in constant danger of floating off into the ether, never to be heard from again.

The sometimes extreme lightness of tone makes headphones – either at maximum volume or in an extremely quiet room – an essential component of getting the most out of the record. It’s not minimal per se, with ‘Cyan Water’ in particular containing a soaring hook, but is consistently airy in tone. While a raging war between industrial synths and organic instrumentation probably wouldn’t have done Xeno’s vocals any favours, Xenoula doesn’t feel so much like an album about a person exploring human contradictions as it does a mellifluous, spectral slice of alt-pop.

Of course, there’s nothing wrong with that, but unfortunately Xenoula simply meanders at times, losing a distinct sense of urgency and focus and washing over the listener like gentle lapping waves leaving little in the way of residue behind. Nevertheless, there are times when Xeno’s music becomes less translucent, harnessing its subtleties to create hauntingly ethereal sounds that do evoke vibrant images of her dual lives. There lies the true tension ultimately underlying Xenoula.