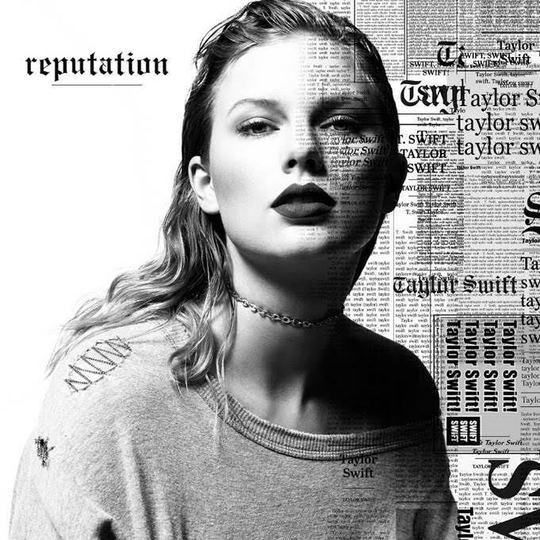 It’s hard to know exactly when Taylor Swift’s dramatic heel turn began - and, more importantly, whether it was by mistake or design.

Anybody who’d been paying attention over the course of the last couple of Swift album cycles, for Red and 1989, would have picked up on a couple of things; one, that she was gradually shifting towards a full-throated embrace of the pop mainstream and two, that she’s an extraordinarily canny businesswoman and a terrific self-publicist. The problem was that as seamlessly as she seemed to musically be making the transition to out-and-out pop star - 1989, especially, was a tour-de-force - the cracks were beginning to show as the strain of balancing her all-American, girl-next-door persona with the cold calculation of her careerism took its toll.

The backlash was probably inevitable. It was one thing being the country-pop singer with a penchant for snapping back at ex-boyfriends in pretty PG-rated fashion; it was another entirely to be taking her cues from Regina George in manufacturing a daft feud with Katy Perry, culminating in a video for ‘Bad Blood’ that ultimately served as a very expensive way of announcing how many famous mates she had. By the end of the 1989 tour, people were getting sick of her pulling the same trick on stage, parading a succession of celebrity friends in front of the audience night in, night out.

Then there was her failure to take a side in last November’s presidential election, which reeked of self-interest before principle. Anybody clinging to the hope that perhaps she’d wisely realised that Hillary Clinton’s many A-list endorsements were only going to work against her in the rust belt states that ultimately swung the contest would have had the notion dashed by her recent filing of a lawsuit against a blogger who, in admittedly unvarnished terms, called for her to denounce the white supremacists who were trying to claim her as one of their own.

Still, if so much of the squandering of the considerable post-1989 goodwill seems self-inflicted, the most tabloid-friendly of her extracurricular distractions since that last record was not of her own doing; it wasn’t her fault that Kanye West chose to make her the subject of the sort of misogynist rhetoric that he continues to be given a universal free pass on, or that he would then take that to a revolting visual extreme with the invasive video for the track in question, ‘Famous’. There wasn’t much she could do, either, about West’s wife gleefully presenting inconclusive evidence of Swift having endorsed the offending lines as proof of the singer being a bit false, in one of the most astonishing instances of hypocrisy of recent times.

Swift wasn’t in control of any of that unpleasantness and, suddenly, somebody so used to artfully spinning potential controversies to her advantage - the ingenious publicity stunt that was her Apple Music letter back in 2014 being a case in point - found herself in need of the best possible damage limitation strategy. On the evidence of the first single from Reputation, she chose to own it; ‘Look What You Made Me Do’ cast her as a cartoon villain who’d gladly adopted the serpentine imagery that Mrs. West had bestowed upon her. ‘...Ready for It?’ followed, and had Swift sounding similarly combative even without an obvious target. When ‘Gorgeous’ provided a mellower counterpoint, it sounded anodyne by her standards. Ryan Adams, you suspected, would not be covering this record.

What made 1989 so compelling was that it was characterised by that magpie-like predisposition for pouncing upon anything musically shiny and co-opting it, the same approach that has defined some of the best pop records of the last few years; Paramore’s self-titled album and The 1975’s I like it when you sleep, for you are so beautiful yet so unaware of it both spring to mind. Adams’ version of the LP, for what it’s worth, drenched a vibrant and diverse collection of songs in a thick coat of MOR blandness that made it all the more frustrating that so many reviews of it - predictably, almost exclusively by middle-aged men - discussed at length how brilliant Adams was for managing to turn throwaway chart-pop into something more profound, rather than castigating him for robbing the songs of what made them sparkle in the first place.

Irrespective, he was never going to cover this album because regardless of what had gone on in Swift’s private life, the trajectory charted by Red and 1989 always strongly suggested that she’d complete the long-mapped move to fully-fledged pop on whatever came next. That’s precisely what Swift has done, and it means that the stylistic breadth that so defined 1989 has been sacrificed. Track to track, there’s no divergences as dramatic as the moves between the bombast of ‘Welcome to New York’ and the steely sparseness of ‘Blank Space’, or the flit from the Chvrches-fuelled electro of ‘Out of the Woods’ to ‘Shake It Off’s catchy silliness.

Instead, much of Swift’s pop positioning on Reputation falls in line with present trends. ‘...Ready for It?’ sets the tone with its thumping bass, one feature of a palette that runs through the record and seems primarily indebted to modern hip hop and R&B there’s rattling percussion on ‘I Did Something Bad’, noisy synths on ‘Don’t Blame Me’ and ‘Dancing with Our Hands Tied’, and a consistent cool detachment to Swift’s vocal delivery that’s a world away from what we’ve come to expect from her. Plus, on ‘End Game’, there’s two rapped guest verses, from Future and Ed Sheeran. The latter, in an enormous upset, is nowhere near as bad as it sounds.

If the retooling of her approach to songwriting to accommodate what’s currently in vogue represents the much-mooted New Taylor, then it’s worth pointing out that rumours of the Old Taylor’s demise have been greatly exaggerated. The back half of Reputation is where the record’s strongest hooks lie; ‘Getaway Car’ feels like a spiritual successor to ‘Out of the Woods’, except that it might actually have an even bigger chorus, whilst ‘Dress’ is an exercise in the same sort of punchy pop minimalism that ran through so much of the year’s outstanding chart-ready record, Lorde’s Melodrama. It isn’t coincidence; both those tracks, and much of the second side of Reputation, is co-written and produced by the never-hotter Jack Antonoff, who was also behind the desk for Melodrama. As a couple of cuts on 1989 hinted at, his and Swift’s partnership is a formidable one, and renders the icy one-two of ‘This Is Why We Can’t Have Nice Things’ and ‘Call It What You Want’ the high watermark on Reputation.

When Melodrama was released, back in June, you wondered how Swift could possibly hope to match it, given that the emotional honesty at its core was its strongest suit and that such candour has never been part of Swift’s makeup, partly because she’s always constructed her image so carefully and artificially and partly because her squeaky-clean family-friendliness meant that she wouldn’t be able to get away with the sprinkling of swearing, sex and drug references that the edgier Lorde made clever use of. In truth, though, the Swift we’re presented with on Reputation is the most honest iteration we’ve seen of her yet; it was the butter-wouldn’t-melt Taylor of records past that was the put-on, not this new version who, for the first time, isn’t trying to gloss over her less appealing traits. Instead, she’s playing up to her reputation for vindictiveness and cunning with a knowing wink.

That’s how she’s able to include deeper and darker takes on lust and passion than ever before. The Old Taylor wouldn’t have pulled off lines about carving her name into bedposts, as she does on ‘Dress’, or been able to so openly revel in her own selfishness, as is the case on ‘I Did Something Bad’ and ‘Don’t Blame Me’. Reputation is three or four tracks too long and the ones that should’ve been cut are the likes of ‘Gorgeous’ and ‘Delicate’, where we aren’t afforded the thrill of Swift with her claws fully extended.

The midas pop touch that ran through 1989, on which she struck the perfect balance between her past and present selves, is lacking here; she’s sacrificed some of it for such a wholesale acceptance of current pop trappings. What’s refreshing about Reputation, though, is that she’s no holding holding the mask so tightly to her face. This isn’t the New Taylor - this is the same Taylor Swift there’s always been. It’s just that, after three years of media barracking, she’s past caring who knows it.