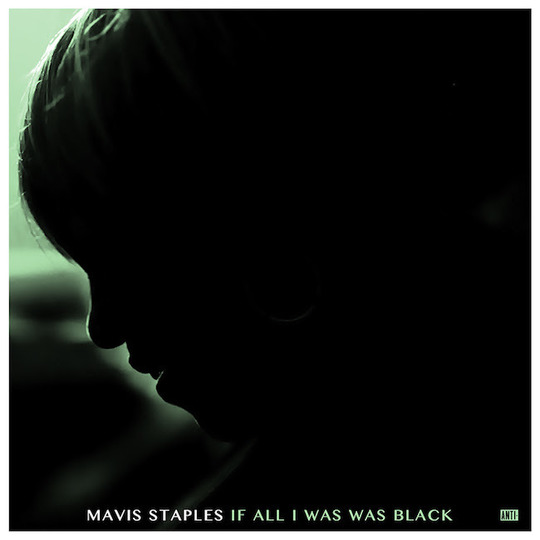 Legendary soul and gospel singer Mavis Staples has enjoyed an extraordinary third act. Most folk at this point in their career might be kicking back or riding the wave of past glories. And why not? Given her achievements as one of soul and gospel’s most recognisable voices and her involvement in the civil rights movement during the Sixties, it’s fair to say Staples has done her bit via her remarkable contributions as a musician and activist. Nevertheless, given her understanding of the political power of popular music and the horrendously surreal state of current American politics, it’s perhaps no surprise that this conscientious artist feels compelled to contribute to the discourse.

If All I Was Was Black was written and produced by Wilco’s Jeff Tweedy, and this latest record marks a partnership that has now endured over three records. At first glance, their connection might feel like a curious one, but the fellow Chicago residents have already proved their combined value over two excellent long players. And as a musician that operates primarily within rock and Americana Tweedy has demonstrated his ability to work outside of those genres to fine effect. Must like their previous collaborations he’s not afraid to add colour and character with the instrumentation, but it all works in service to the main event: Staples inimitable voice.

In contrast to their previous efforts, If All I Was Was Black is composed of entirely original material, written by Tweedy. The record picks up the tempo from their downcast 2013 collaboration One True Vine, and wears its preoccupations firmly on its sleeve. There’s little doubt that 'We Go High' was inspired by Michelle Obama’s powerful campaign speech in support of Hilary Clinton. And the track stays true to the generosity of her original sentiments, refusing to be drawn into the negativity synonymous with the GOP (“When they tell their lies / spread all their rumours / I know they're still human and they need my love”). This level of positivity runs throughout the album from Build a Bridge’s open-hearted sentiments to the title track's entreaty, “It’s time for more love.”

In any other hands, the record’s magnanimity could be in danger of being more than most could stomach given the cruelty of the Trump administration, but Staples offers a sage viewpoint that crushes hot-headed anger, and the themes aren’t built on hippy idealism, but hard-earned experience. Equally, the sass of 'Who Told You That' reveals the intimidating, not-to-be-messed-with side of her vocal that was employed to great effect on the Arcade Fire single 'You Got The Power'.

Tune-wise, there’s no obvious stand-out, and the record is best experienced as a whole whereby its message is most complete. In many respects this is the strength of Tweedy’s writing and production in that he has resisted over-baked sloganeering and fussy arrangements, opting instead for finely drawn narrative and a sympathetic musicality. Its power builds slowly, steadily and compellingly. It's sensitive to Staples core sound, whilst feeling entirely contemporary, from the lean groove of 'Little Bit' to the chugging guitar-led rhythms of 'Try Harder'.

Just a couple years shy of 80, Staples once again proves herself an essential force; having been musically active since the Fifties her continued vitality is astonishing. Her voice has grown even more commanding with time, and it’s nigh on impossible to refuse her entreaties. If All I Was Was Black contains performances as powerful as any she has given. Staples is at her most soul-stirring on the wistfully brief sign-off 'All Over Again,' on which she hauntingly rasps, “with the stars all closing in / I set out on the old ocean”. Overall though her tireless positivity reigns, and it’s a potent reality check for those feeling fatigued at the general shit-show expressed daily through the media. For those Staples has a message - “No time for crying / We’ve got work to do.”