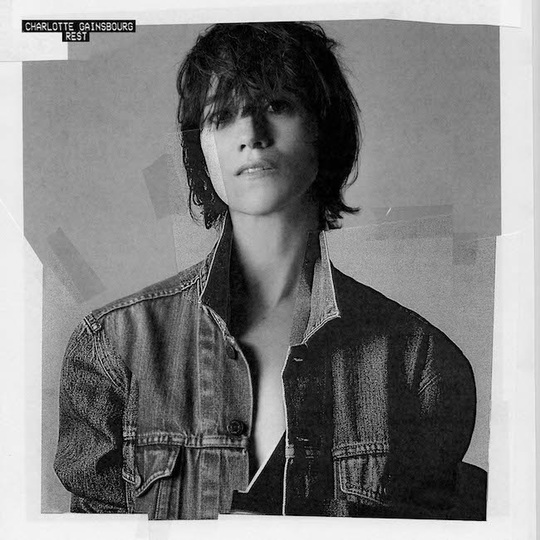 In a recent interview with The Economist, Charlotte Gainsbourg spoke of the lyrics in Rest, her latest release and first proper studio album for eight years, as 'intimate – not embarrassing but on the verge of being embarrassing'. Just the sort of self-effacing comment you'd expect from someone who, having recorded her first song at 12 years old, has only now, at 46, released an album of her own lyrics.

Intimate? Yes. Embarrassing? No, and you get the sense that any fear of embarassment is really rooted in a fear of oversharing or making the listener uncomfortable – which would only be a danger if the delivery was apologetic. But it's not: her breathy, ethereal vocal is charged with grief and longing, while the ballsy electro-pop accompaniment drives confidently forward, moulding to her voice.

Despite past lyrical collaborators taking Gainsbourg's experiences on board when writing her words – Beck produced and wrote almost all of the songs on 2009's IRM about Gainsbourg's experience suffering from a brain haemorrhage – this is the first time she's fully taken to the floor herself. So it's no surprise that she transports us back to 1991 in 'Lying With You' when she witnessed her father's death. As well as describing his physical position as he died, she recounts her own movements: "My feet are hovering above ground, ready to follow / My mouth is whispering in raptures, celebrating you". It isn't a mournful song; the lilting persistence of the synth accompaniment together with a vocal lightness makes it warm – accepting, even.

Elsewhere on the album, you can hear the influence of French producer SebastiAn loud and clear: 'Sylvia Says' and closer 'Les Oxalis' have the foot-stomping disco vibes you'd expect from the Daft Punk and Justice remixer. Six-minute 'Deadly Valentine' continues in this vein, only with a darker edge. The video with Blood Orange's Dev Hynes shows a couple at various stages of romantic commitment from childhood to old age. The track name aside, Gainsbourg's robotic delivery of the religious vows together with SebastiAn's relentless, ominous bass undermine the idea that this song has anything to do with one perfect love.

'Rest', is part lullaby, part elegy. As elsewhere on the album, the context is integral to understanding lyrical or production decisions that might otherwise have sounded strange, or even cheesy. Following the loss of her older sister Kate, Gainsbourg retreated from Paris and moved to New York where she finished this album. This title track both hopes for rest for her sister, but also for herself, from her grief. It's full of childhood references and childlike pleas – quoting lyrics from The Snowman with an accompaniment that sounds like an arcade game, and pleading "Reste avec moi s'il te plaît / Ne me laisse pas t'oublier" ('Please stay with me / Don't let me forget you'). So yes, these are intimate lyrics and stories told first person for the first time – and not just intimate, but vulnerable, self knowing, open and loving. And definitely not embarrassing.