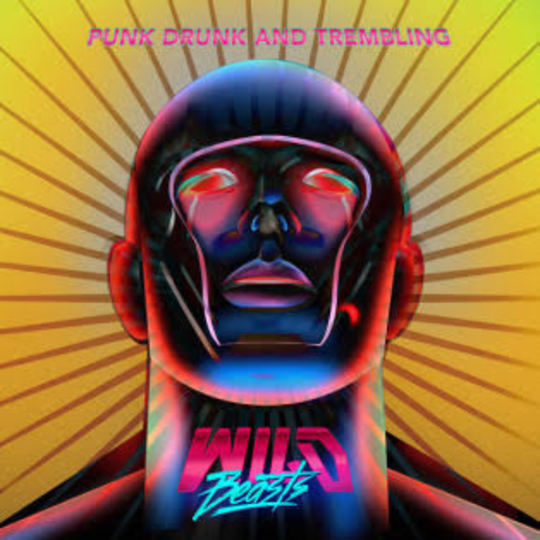 At the risk of sounding cynical, surely one of the most popular thoughts to run through the minds of Wild Beasts fans when news of their split broke last month was that the permanent implications of the word continue to be diminished year on year. We are, after all, now living in a post-Shut Up and Play the Hits world, what with LCD Soundsystem having announced their reconvention less than five years after they quite literally made a massive song and dance of the fact that they were finished, at Madison Square Garden. Any residual relief that idea might have offered, though, will surely have been offset by the realisation that Britain is losing precisely the kind of band that it can least afford to - an emotionally literate and musically adventurous indie rock outfit, one that has frequently and with considerable delicacy and intelligence confronted the subject of toxic masculinity.

That made Wild Beasts an endangered species of such rarity that you wondered whether their first three records, Limbo, Panto, Two Dancers, and Smother, each represented some kind of sonic mirage. By the time they were on to Present Tense in 2014, their sound had become a little less singular and a little more accessible, but the songwriting remained rock solid and the lyricism razor sharp. By and large, you could say the same about last year’s Boy King, which will now go on to stand as their final full-length.

That’s an unpopular opinion; critics received the album warmly, albeit less so than its predecessors, but fans were more divided, and another common topic of discussion on the day that they announced they were going their separate ways was whether or not a) they’d been sufficiently stung by the criticism as to have done a bit of soul-searching off the back of it and b) it suggested that there wasn’t much left in the creative tank.

Neither seems too likely, and it does feel as if it was the radical decision to inhabit the precise kind of macho persona that they’d spent their whole career up to that point railing against that polarised opinion. Some - this reviewer included - saw it as being brave and endearingly cheeky in equal measure. Others deemed it as the worst kind of ‘ironic’ attention-seeking. Either way, the smart money is on an enhancement of its reputation over time, and not just because there (probably) won’t be a follow-up.

Standing as Wild Beasts’ last will and testament, then, is this final release, a three-track EP. All indications when Punk Drunk and Trembling was announced were that it would be a bit of an afterthought; the songs were culled from the Boy King sessions, and the artwork, too, suggests it’s a companion piece to that last album, rather than anything genuinely new. The thing is, that’s not what two-thirds of it feels like. The title track and ‘Maze’ don’t fit with Boy King at all; not lyrically, not tonally, and not musically. The electronic textures are there, but they’re not how they were on either of the last two albums. Hayden Thorpe, who strayed quite a bit from the falsetto he’d made his calling card on Boy King, returns to it wholesale here. The atmospherics that went missing on the record are palpable.

Granted, ‘Last Night All My Dreams Came True’ is clearly cut from the same cloth as Boy King was, to the point that you can even put your finger on why they didn’t use it - it sounds a bit too close to ‘2BU’ in its disco-funk strut. That track’s lyrics were presumably the reason it got the nod, with prescient discussion of men who wanted to watch the world burn hitting harder than the one-night stand sleaze of the song we get here. The queasy electronic work on ‘Punk Drunk and Trembling’, though, feels fresh, like the breaking of new ground, and you can say the same for ‘Maze’, with Tom Fleming’s baritone floating over an undulating bed of synths. That last track actually made on appearance on ‘Boy King Trash’, the twenty minute deluxe edition bonus track that was made up of discarded ideas for the album.

Perhaps that was the direction they would’ve ended up going in had they not called it quits. The reissue of The Postal Service’s record that came out around the time of their reunion tour came with two new tracks that they freely admitted were as far as they ever got towards an album two. Punk Drunk and Trembling won’t have come from quite that far along the road to the LP6 that we’ll (again, probably) never get, but it might have come from the opening few miles of it. Either way, this is it. They’ve been Wild Beasts, and we’ve been thoroughly entertained. We’ll see them again in February, and that’ll be it. Until 2023. Maybe.