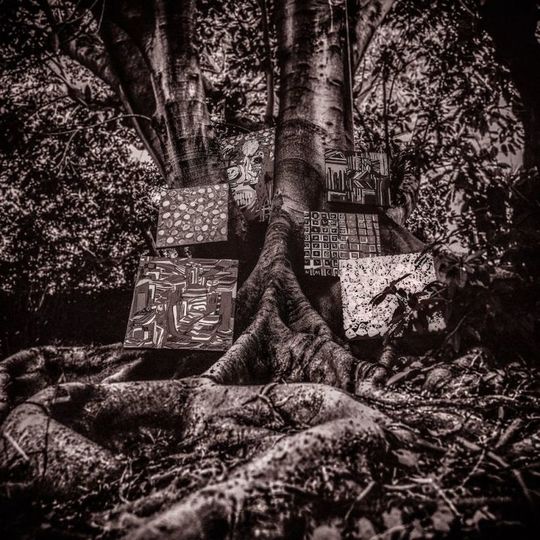 Over the past few years it's felt like jazz had nothing to say, or was embarrassed to say it. Of course the Mercy Music Prize has always featured a jazz album, but this has always felt like a token entry at best. A way of saying, 'Hey we’re broadminded… and we like jazz to prove it!' This of course is false. Jazz has always been bubbling along, just below the mainstream, where it feels most comfortable, until and album was released in 2015 that changed all that. The album was Kamasi Washington’s The Epic. Through its three discs ‘The Epic’ felt like it reinvigorated the genre and reminded us of the albums that made us love the genre in the first place. Sun Ra, Miles Davis, John Coltrane, Dave Burrell and a slew of Echo Records cohorts all felt like they had been mixed together and given a contemporary twist. And yes, it lived up to its title.

After touring the world playing sold out venues and festivals, Washington is back with a new EP, Harmony of Difference’. With The Epic he let himself, and his band, run wild and the music was fearless, exciting, breath taking and we didn’t care if it got a bit lost at times as that was kind of the point. It was music for music’s sake and it was glorious to hear. This time he’s paired things down a bit, boiled the songs down to their bare bones and released an EP that is chocked full of catchy harmonies and delicate rhythms and comes in at just half an hour.

Harmony of Difference was premiered as part of the Whitney Museum of American Art 2017 Biennial alongside a A.G. Rojas film. The film featured artwork by Washington’s sister Amani Washington, and focused on the inhabitants of South Central and East Los Angeles the beauty in their differences and how there is a harmony between them. For the project Amani created five paintings focusing on raw shapes and colours, each one based on a song, and then combined these paintings to create the sixth ‘Truth’. Individually they are striking and emotive, but combined they tell a totally different story, much like the EP itself.

‘Harmony of Difference’ explores the philosophical possibilities of counterpoint, the relationship between voices and instruments that are harmonically interdependent and independent in rhythm, which Washington describes as “The art of balancing similarity and difference to create harmony between separate melodies”. This is evident on opening track ‘Desire’. Opening with delicate base before airy horns gently rustle from the speakers. It’s the melody that is the main event here and is repeated again and again until we’re unable to think of anything else. ‘Humility’ doesn’t mess about and pushes the main melody in our face and like ‘Desire’ doesn’t let us forget it. This is a classic big band sound, but by a musician that understands how and why it works, but manages to keep it fresh and fun for just under three minutes with wailing horn solos and slick piano work.

The stand out moment of the EP is the closer ‘Truth’. Washington manages to combine and merge the previous five songs to one seamless slab of jazz majesty. At 13-and-a-half minutes long, ‘Truth’ hints that as an arranger, Washington is only starting to show what he can do. There are dense string sections, screeching solos and choral workouts that would made David Axelrod smile. Despite its gargantuan length ‘Truth’, like the whole EP, doesn’t drag and has an infectious pop sheen to it. But underpinning everything is a tender melancholy that feels like a musical McGuffin. All the way through the EP we are being reminded of the overall point, but Washington goes out of his way to try and make us forget this with incredibly catchy compositions. Thanks to ‘Truth’ being made up of the previous five songs there is a feeling of familiarity that helps win you over with it and makes it feel like an old friend which Washington explained thus: 'You hear these pieces and like them and enjoy them as individuals, but then they come together. The sixth piece is a shared experience. I hope that the metaphor works and it makes people think about what that reality is'.

If The Epic was a very large and rich meal then Harmony of Difference is a palate-cleansing sorbet or digestif. On the surface there is nothing unyielding or dense about it and everything flows together wonderfully, but once you start to scratch the surface you discover an EP that is full of hidden melodies and motifs and has enough to charm to make up for its brevity.