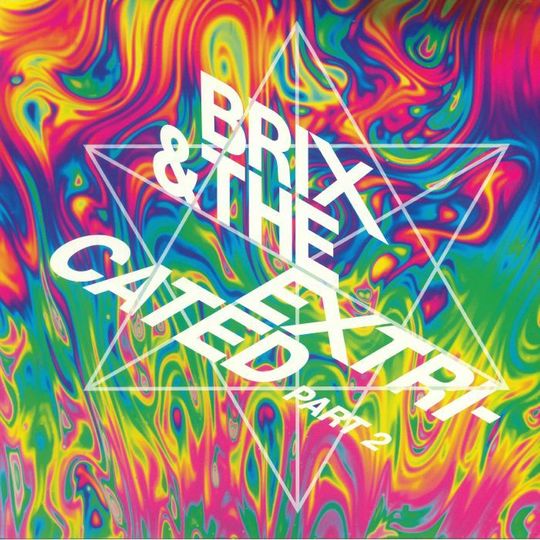 In 1996 Brix Smith Start quit The Fall for a second time and the smart money was on her leaving music behind for good. That gruelling second stint in her ex-husband’s band wasn’t much fun: Mark E. Smith, always erratic, had started to come apart at the seams as decades of amphetamine and booze took its toll, while his band fell from indie mainstays balancing on the lip of the mainstream to a cultish niche. It’s a fairly brutal story that ends with Brix running at her singer, wielding a guitar by the neck and screaming 'I WILL SMASH YOUR HEAD IN LIKE A PUMPKIN'. There’s a certain note of finality there. A new life single-handedly gentrifying Shoreditch with her designer shop and talking about fashion on the telly quickly outpaced a faltering solo career. The millennium approached and Smith Start hung up her paisley Telecaster.

Two years later, Steve Hanley walked out on the Fall after 19 years of putting up with Mark Smith’s whims. Hanley’s departure didn’t involve threatening anyone with a guitar, but did involve stopping drummer Karl Burns from literally hanging his singer from the rafters of a New York club with a cable. Hanley vowed never to set foot onstage with Smith again, flying home as the frontman he’d dutifully followed since he was 19 got into a fight with guitarist Julia Nagle. Hanley kept his hand-in with music, but it became a sideline. One of the most distinctive bass players in British music settled into life as a school caretaker and the years ticked by. End of Part One.

Given how the story ended, no-one expected Part 2, the album Smith Start and Hanley have made together with fellow Fall alumni Paul Hanley and Steve Trafford (and Jason Brown who wasn’t in the Fall and whose existence is really inconvenient for this narrative) to even happen, let alone be one of the great indie-rock releases of the year. But it is. It really, really, is. It’s fucking glorious. While the band acknowledge their roots with a handful of retooled Brix-era Fall tracks (which is kind of cheating if we’re honest), the new songs are what really impress, glowing with a sparky freshness few saw coming. This sort of thing is just not supposed to happen. Retired indie singers in their fifties aren’t suppose to pick up a guitar for the first time in a decade and write some of the best melodies of their career. Groups made from former members of another band aren’t meant to transcend the nostalgia circuit.

But then nothing to do with the Fall ever followed the rules, did it? From the moment Part 2 bounds into life with the bright noise-pop of ‘Pneumatic Violet’ it’s all sugar and shimmer. At their brashest the five-piece take their cue from their previous band’s most accessible and biggest-sounding works (think ‘Big New Prinz’/’Cruisers Creek’/’Carry Bag Man’), which echo in the jagged, post-punk crunch of ‘Something To Lose’ or ‘Damned For Eternity’, tracks which absolutely crackle with energy and spite. There’s more than just glam racket going on here though, with Smith Start tapping into the catchy bubblegum of her 80s solo project The Adult Net, but with hooks and edges way sharper than those she wielded in her twenties. ‘Valentino’ and ‘Teflon’ funnel Blondie and the Go-Gos by way of the Stranglers and, inevitably, The Fall. Trafford’s ‘Moonrise Kingdom’, rescued from the Fall’s Fall Heads Roll, is absolutely gorgeous - wistful and swooning.

Most impressive of all is ‘Hollywood’, a sequel to Smith Start’s three-decades-old ‘LA’, a sprightly version of which precedes it. Co-written with drummer Hanley, it’s a strychnine ode to falling apart in tinsel town, fronted by a blood-thirsty, desperate vocal as Brix lists the old haunts “where she lost her mind”. Thank fuck, she seems to have found it again, along with her mojo.