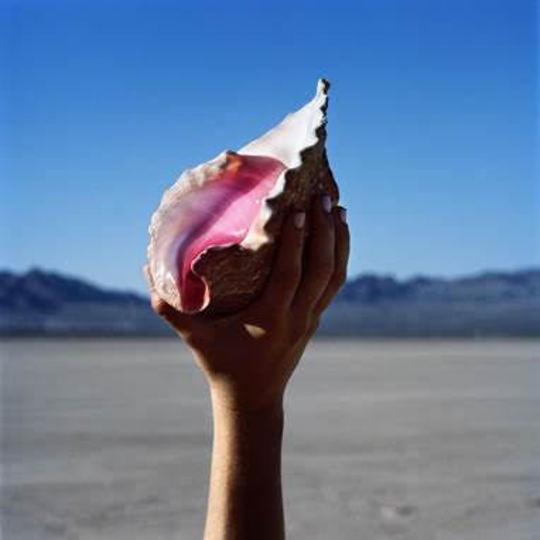 'They say you play the John Peel Stage twice in your career, once on the way up and once on the way down'. That was how Brandon Flowers (albeit jokingly) summarised The Killer’s current trajectory during their hugely successful secret set at Glastonbury earlier this year. A couple of weeks later, they were the only act to sell out their BST Hyde Park concert; it was a hell of a party. Their 14-arena UK tour in November sold out almost immediately. This all suggests that Flowers’ humility was fairly wide of the mark: The Killers remain one of the best live acts going, and rightly so, able to fill sets with wall-to-wall hits. But their sustained popularity is curious, given that their albums have seen diminishing returns commercially and critically ever since Hot Fuss. In fact, one could argue that their 2013 compilation album Direct Hits is their strongest release since that 2004 debut, purloining the singles and doing away with the album fillers that have characterised at least their most recent two records. So after a five year break, without anyone vociferously yearning for a new release, the perpetually leather (and feather) jacketed rockers from fabulous Las Vegas, Nevada, are back.

From the opening smokey trumpet of Wonderful Wonderful, it is clear that the band is same same but different. The production throughout remains sparklingly polished, and no stop goes unpulled (Woody Harrelson is even inexplicably present for a spoken intro to ‘The Calling’). The services of Jacknife Lee have been recruited, and there is more than a passing similarity in the titular track to his most famous charges, U2. But the difference lies in their sound, which creates a threatening landscape through Mark Stoermer’s constantly lurking bass. It is followed by lead single, ‘The Man’, which catapults us into an entirely different direction into strutting disco. It is shamelessly, absurdly camp, but also somehow brilliantly entertaining. Flowers uses falsetto, shimmering synths, dense backing vocals, even a key change: this is Blitzkrieg Pop.

The other main single, ‘Run For Cover’ makes a welcome returns to The Killers' musical roots, focusing on their failsafe strengths of guitar riffs and a relentless pace. Whether it is the full-throttled delivery or the catchy hooks, the song makes you excuse the at times laughably clunky lyrics (“What have gathered to your progenitors/Are your excuses any better than your senator’s?”; “What are you waiting for, a kiss or an apology?/You think by now you’d have an A in toxicology”; even a reference to “Fake News”) – nobody will mind while singing along at a packed concert.

But we knew that a new album would have a couple of hits to freshen up their live repertoire. The opening four tracks of the top-heavy Battleborn provided exactly this, before the wheels spectacularly fell off in the record’s forgettable second half. Musically, the album avoids such stagnation by playing around with different genres throughout, from the soothing dreampop of standout ‘Some Kind of Love’ to the rough electric snarl of ‘The Calling’.

And rather than sticking to their faux-Americana tropes of turnpikes and dirt-tracks, apart from one self-aware reference to Springsteen, the lyrics look inwards to explore more interesting areas. The sentimental crux of the album is ‘The Rut’, which, with all its mellow vulnerability, is cleverly juxtaposed after the cocksure swagger of ‘The Man’. Written as a heartfelt symbol of support documenting his wife’s PTSD and his own struggle in trying to support her (“I’ve done my best defending but the punches are starting to land/I’m sliding into something you won’t understand”), it is a brave turn of honest introspection and rousing empowerment. At times, however, it lacks the necessary emotional gutpunch, resorting to a coda of “I’ll climb and I’ll climb” that resembles the pithy pop-motivational tracks of Fun. or Katy Perry.

Other tracks maintain this personal engagement, but the connection is lacking. The theme of a stale marriage, addressed in ‘Life To Come’, is potentially interesting: rather than songs always focusing on the initial intrigue of infatuation, it addresses the difficult matter of then spending an entire lifetime with one person. The topic has, however, been more convincingly (and uncomfortably) mined in literature by Alain de Botton’s The Course of Love or in music by much of The National’s recent Sleep Well Beast. Flowers’ take, on the other hand, seems shallow and never connects, resorting to by-numbers imagery of fields of amber. Similar is his coming-of-age tale of learning tough lessons, when a nine-year-old Brandon watched his hero Mike Tyson unexpectedly defeated by Buster Douglas. This whole quest for psychological turmoil painfully recalls Tim Minchin’s attempts to “Try and invoke some angst in his middle class head”.

In all, it’s an album with an admirable sense of ambition and innovation, a band pushing themselves sonically and lyrically in new directions; that they at times come up short is therefore a shame. The Killers remain a act whose relevance lies predominantly in their status as live entertainment, and this album will be remembered mainly for the two or three power hits that bolster their setlist, but the keen fan who explores the album will be rewarded with a couple of tracks that shouldn’t go forgotten.