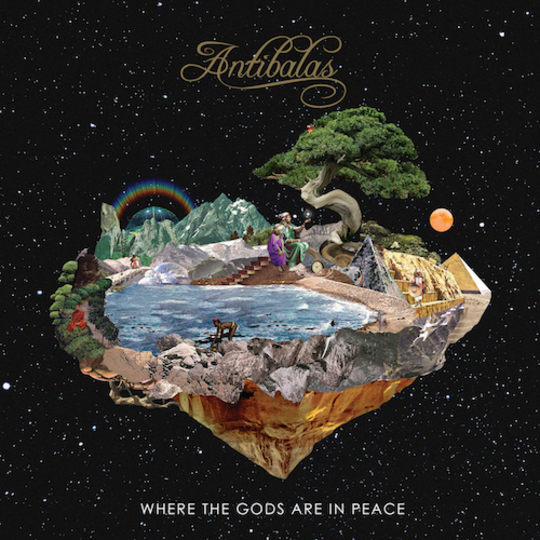 Since 1997, when they formed in a Brooklyn warehouse, Antibalas have taken their skewed take on Afrobeat around the world countless times and released five albums, the last of which came out five years ago. Now they’ve returned with Where the Gods Are in Peace, which takes their lustral party vibes and adds layers of activist lyrics, satire and incendiary rhythms to create their strongest, and most politically charged, album to date.

'We are still very much a political band, but as we mature we present and pay homage to the deep courage of our ancestors, we express a message of peace, harmony, and dance, and we take a hard look into the past while forging a future of solutions' is how the band explain their creative process, something expressed perfectly on opening track ‘Gold Rush’. At 11-minutes-long this is Antibalas paying homage to their Afrobeat forefathers, but updating the sound with edgy New York sleaze for good measure. Lead singer Duke Amayo delivers a striking diatribe of how indigenous people have been exploited and marginalised for the acceleration of capitalism and commerce. Considering the dark and brooding subject matter, the music has a party bounce to it. What is remarkable about ‘Gold Rush’ is that it never lets up and you can’t predict where it will go. One moment Amayo is rapping, then next we’re off on a hip-hop odyssey only for a post-punk break down before Amayo continues his stories of oppression. This is the power of Antibalas, but educating and informing while making us dance.

The album closes with the ‘Tombstown’. This trilogy of tracks flows as one cohesive suite. Opening with the immortal line “Once upon a time…” you know this isn’t going to be your standard narrative, but this is an Antibalas album after all. Again it follows the themes of ‘Gold Rush’ and tells the story of indigenous peoples during the gold rush and how their land was stolen from them in order to further an agenda they didn’t want nor fully understood. To begin with the music has a warped music hall vibe to it that is totally different to the previous two tracks, but as ‘Tombstown’ progresses it gets more jazzy and more strung out, until it sounds like Orchestra Baobab, Fela Kuti and Ornette Coleman in Dakar after a heavy night out.

The only real downside to Where the Gods Are in Peace is that there is effectively are only three tracks on the album, that comes in at just over half an hour. Compared to previous sets Liberation Afro Beat, Talkatif and Antibalas, Where the Gods Are in Peace comes off feeling a tad flat. Luckily, however, ‘Gold Rush’ feels like it has three different songs in there all jostling for our attention. Overall Where the Gods Are in Peace is another solid album in a ridiculously exceptional back catalogue. Whether they’re playing the same droney riff or jumping from genres during the drawn out instrumentation of ‘Gold Rush’ and ‘Tombstown’ the band really flex their musical muscles, and show why they’re one of the best live acts on the circuit today. Yet again Antibalas have managed to sound like the coolest house party band ever.