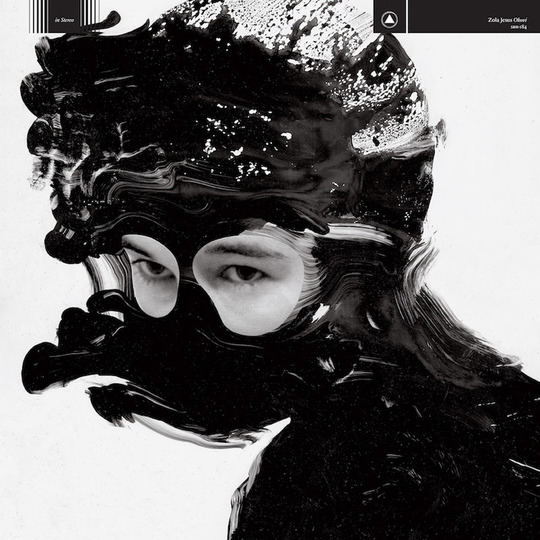 Nika Danilova has had a fairly familiar career arc as Zola Jesus. Her early output was dark and rough around the edges with her lo-fi and experimental sides often foregrounded. With some commercial success and the continual honing of her craft, more recent Zola Jesus records have become easier to digest, built with a greater sense of coherence and mainstream appeal. Call it the ‘Mercury Rev Syndrome’ if you like. Danilov’s finest collection, Stridulum II, perfectly captured the sweet spot between her earlier more experimental work and her later more melodic sound. Despite returning to Sacred Bones, the label on which she released many of her earlier records, for Okovi, and promoting this new record as being 'heavier, darker and more exploratory', it is in the main much more similar to the last few releases in her discography than her earlier work.

Having a familiar sound isn’t necessarily a bad thing, certainly not when you’ve got the enormous opera-trained voice of Danilova. There’s always going to be a place in indie rock for singers with a five note range who sound like they’ve just rolled out of bed, but if you want a singer who can really sing and belt out the high notes as if her life, and yours, depends upon it, Zola Jesus is for you. Danilova pairs her soaring voice with a mostly electronic backing, with mixed results on Okovi. In some places, particularly towards the beginning of the record, the production is varied and brings out the very best in Danilova’s unique voice. ‘Doma’ kicks things off a capella, with multiple strands of Danilova’s voice swirling and spiralling around each other, a very arresting beatless opening which then gives way to the sharp insistent strings of ‘Exhumed’. Again Danilova’s own wordless backing vocals form an interesting backdrop to the lyrics but this time with the urgent violins and pounding martial drums carrying her voice along.

On ‘Soak’, Danilova cries “Take me to the water! You should know I would never let you down!” and she doesn’t. If you’ve heard a Zola Jesus LP before you’ll know exactly what to expect: a voice that soars high enough and majestically enough she could probably use it to rescue any number of hobbits from peril; driving electronic production and some real punch the air moments. And she doesn’t let you down. Not for the first half of the record, anyway.

Unfortunately, Okovi suffers from a fairly serious case of ‘Mid-Album-Slump Syndrome’. The first few tracks are amongst the most urgent and vital that Danilova has recorded since Stridulum II and the LP explodes back into life with ‘Remains’, the penultimate track, but between that things slow down and get bogged down as a result. ‘Ash to Bone’ feels more like an interlude than a song in its own right and it’s followed by ‘Witness’ which continues in the slow and beatless vein, rather killing the momentum that has been built up. On ‘Siphon’ the drums return but they are rather lumpen and don’t provide enough energy for Danilova’s voice to take flight over, or to keep the listener engaged on their own.

It is a pity that where Danilova has tried to experiment with something a bit different to her past few records, something 'heavier, darker and more exploratory', she has produced a few mid-album filler tracks that don’t really reach the same heights as the other more typical Zola Jesus songs. That said there are more than enough high quality, fists-in-the-air, Zola Jesus songs on Okovi to excite the fans. Okovi won’t topple Stridulum II as the most essential Zola Jesus record, but it’s another excellent record that once again showcases a unique and powerful voice.