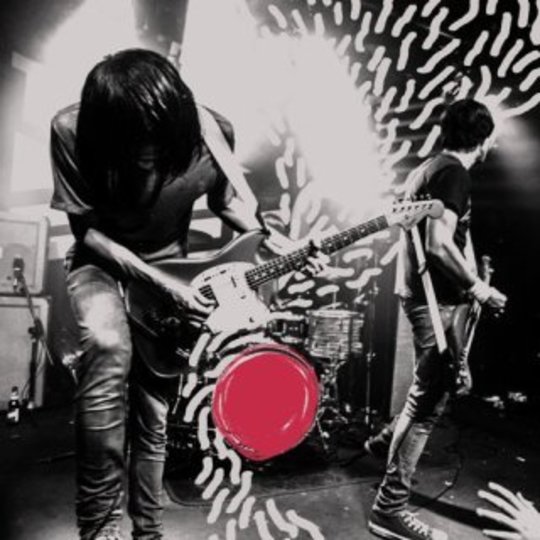 The Cribs have always prided themselves on their punk approach. They choose the van over the tour bus. They spent much of their furious second record, The New Fellas, railing against hipsters. They have never played an encore. They once described the general gist of their live shows as being 'three songs and off to casualty'. Their lyrics have frequently carried anti-fascist and pro-feminist undertones - see, if nothing else, the titles of past albums Ignore the Ignorant and For All My Sisters respectively. This list could continue interminably, which is what makes it all the more surprising that a band with so many ironclad punk credentials haven’t actually made an out-and-out punk record in a while.

Of course, it’d be churlish to suggest that they’ve gone pop, especially given that on 2015’s terrific Sisters, they were embracing more melodic territory entirely on their own terms, drafting in The Cars’ Ric Ocasek to produce and basically shooting to make their own version of Weezer’s Pinkerton. That, in itself, is punk, and you might argue that the same’s true of defying the purist naysayers by taking your most commercially successful album on the road for a tenth anniversary tour. When the Wakefield outfit did so in May, they capped their Men’s Needs, Women’s Needs, Whatever jaunt with an arena show in Leeds, which - with the very best of due respect - is probably not going to be the sort of environment in which The View or The Pigeon Detectives bring their own such tours to a close.

Still, things usually move quickly in The Cribs’ world, so it’s difficult to shake the sense that they’ve been in close touch with their less abrasive side for perhaps a touch too long now. This is where Steve Albini comes in. The iconic engineer is a forehead-slappingly obvious choice for this band, who share his no-nonsense DIY philosophy and who have been hugely in thrall to Nirvana for their entire career. They first cut tracks at his Electrical Audio studio in Chicago during sessions for 2012’s In the Belly of the Brazen Bull, a sprawling, eccentric masterwork that remains their best album.

They only used one song recorded with Albini on that full-length, ‘Chi-Town’, and put the rest on ice until such a time as they felt ready to finish them; it was clear that those tracks had a character all of their own. They became the stuff of legend amongst hardcore Cribs followers, but whenever the Jarman brothers were asked about them, they’d say that they could get around to completing them any time, because recording with Albini is always so wham-bam-thank-you-mam. You began to wonder whether that sort of reasoning might ironically end up meaning they never polished the tracks off, with something more time-consuming always getting in the way.

Not so. Two days that arena show in Leeds in May, The Cribs brought their second pop era to an abrupt halt by beginning to tease new material in pretty esoteric fashion. When fans did get their hands on seven-inches of ‘Year of Hate’, which wasn’t initially made available online, it was scorching enough to suggest that the Albini project was close at hand. Less than three weeks ago, they announced the imminent release of 24-7 Rock Star Shit - the songs were finally here, and there were enough of them for a full album.

Anyone with even a passing knowledge of how righteous this band is will know that the title suggests they’re on the sort of spiky, contrarian form that was always going to suit the Albini songs down to the ground, and that’s absolutely the case. Even by their own standards, the lack of posing or pretence on this LP is startling; it’s a raw, bare-bones affair with nothing in the way of embellishment. Opener ‘Give Good Time’ sets the tone; it’s miles from the hook-driven fare that dominated Sisters, instead lurching across barely-defined verse-chorus lines as Gary provides what might be his least varnished vocal ever on a Cribs track.

The two early singles are actually the most refined moments on the album, especially the latter with its old-fashioned rock stomper of a riff. They might be the only two tracks that inspire singalongs when the group tour the album; everything else’ll be a shoutlalong, or a roaralong, or a screechalong. The blueprint of the Ryan-penned ‘What Have You Done for Me?’ suggests that it could have easily followed in the more sedate, mellifluous footsteps of Brazen Bull B-side ‘Don’t Believe in Me’ or the last record’s ‘Simple Story’; under Albini’s stewardship, it’s a rough-around-the-edges tantrum.

There are points at which the group ease off of the throttle, but in some respects they actually serve to show up the sparse nature of the production even more. You can tell there was no interest in lending sheen to the stark vocals on the largely-acoustic ‘Sticks Not Twigs’, and the album’s most reflective moment, ‘Dead at the Wheel’, is an exercise in broken beauty - the strange marriage between Ryan’s sleepy vocal and a primitive synth line is far prettier than it should be, and towards the end, the melodic guitars that have been almost entirely absent to that point begin to creep back in. The restraint with which they’re used makes them all the more effective.

In the same way that every band that goes in to record with Albini knows precisely what to expect, a Cribs album produced by him was never going to be an especially mysterious prospect, and so it proves on 24-7 Rock Star Shit, which takes the lo-fi aesthetic of their first two LPs and drags it kicking and screaming into 2017 - precisely as you might have guessed it would. That isn’t to say that there aren’t intricacies waiting to be found on repeat listens, or that it’s ever too one-track; the changes of pace are clever and pleasing. Melody largely goes out of the window, though, and those more casual followers who packed houses up and down the country for the Men’s Needs tour are unlikely to take this one so closely to heart. And neither should they - on honest-to-god punk records like this one, there’s never room for compromise.