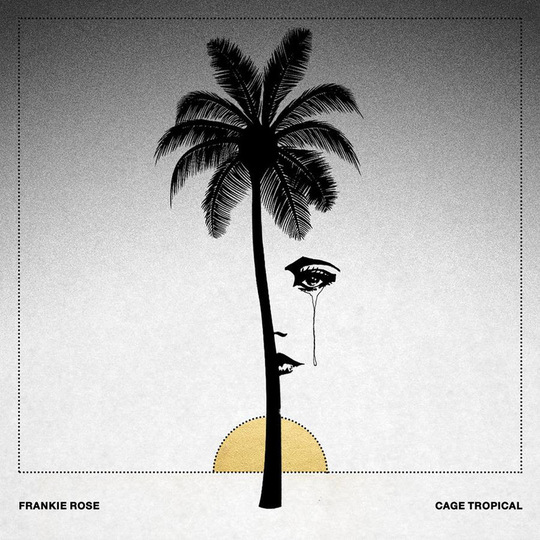 Stop all the presses. Clear all the decks. A reborn writer steps to the bat. And she comes to decry the LIES of dreampop.

Frankie Rose only wishes she were on the other side of this conspiracy. After all, she’s told the presses that Cage Tropical is her big comeback, the magnum opus after a self-imposed exile from Brooklyn to LA. And sure, I won’t deny her the victory of finding herself again, of reclaiming her confidence after a sudden dig in ego. Every artist works through that at some point, including myself – it’s a backstory that tons of listeners can empathise with. But what makes or breaks the creative mind is how they attack the comeback – and, as much as Rose has tried to return on firm footing, the gilded prison of ennui she built for herself on the West Coast remains well intact on record.

See – no matter what bitter or harrowing story Rose wraps around this album (her fourth, FYI), Cage Tropical is a dreampop record. Heaven or Las Vegas glows from its centre, lights all the topsy-turvy chambers, sprays fluorescent airbrush patterns upon the walls. And the problem with dreampop records is – well, if they fall short of dreams, then you’ve got to either imbue something other than the divine into the lining (hi, Deafcult!), or you’ve got to work it into overdrive until your listener’s heart flutters like a virgin on the mattress (hi, Ballet School!). And our protagonist simply fails on both counts.

Rose doesn’t have that voice, to start with – it’s that listless, cherub-faced, monotone bell peal of a voice, which evokes all kinds of fallen new wave starlets. And I hate to bash chicks on the caliber of their chops – but this is dreampop, remember, and obvious oases like 'Red Museum' and 'Love In Rockets' demand more than the lukewarm, barely-cherry glaze that Rose can breathe into it. And her basic dreamscape palette – a mix of chirpy Strawberry Switchblade effervescence, wiry Fixx-like pulses, tints of Pale Saints blush, and the aforementioned Cocteau Twins halo – doesn’t do enough to buoy that average in the stratosphere. Only the majestic wash of “Dancing in the Dark” really benefits from this hushed ambience, a shy little number with a 2-minute intro that borders on Japan levels of mystique (not the island country, but the band).

As for subject matter, the Fall of Frankie occupies centre stage. There is, indeed, lots of falling and sinking throughout, as if downward motion were the only way to signal her distress. Sometimes, it’s clever on the conceptual level: ”A wheel of, a wheel of, a wheel of wasting my life” on opener 'Love in Rockets' doesn’t tell us anything about Rose and her particular crisis, but the way the line rolls and repeats itself captures that ennui in broad and beautiful brushstrokes. In driving highlight 'Trouble', she raises the existential stakes: ”I tell myself that no one else can help me”. So she sets us up for this personal journey through a deep slump, right – but then we get to the title track, and we see nothing more than endless beaches and a lonesome figure’s silhouette in the sand. Details blur in the shimmer of heat.

All this, though, doesn’t cover the main point – which is, that nestled in the core of Cage Tropical, underneath all the vague musings for independence, Rose harbours basic romantic designs (check 'Red Museum', 'Game To Play', 'Decontrol', which all concern one person’s flagging ego and the mystery lover that overwhelms said person). And what kills me there – not just with this album, but with all others that follow Cocteau Twins’ blueprints – is how these potentially limitless spheres shrink into 2D canvases of agonised cool, stylised stills from Ah-Ha’s 'Take Me On' reanimated countless times over to portray love. Hence, to return to my point – one that Rose tries to make in 'Red Museum', but falls into the same Avalon tourist trap in the process: these are lies, all LIES, LIES I TELL YOU. Listen too long to the likes of Cage Tropical, and the messy, sticky, irrelevant, giddy, and downright terrifying business of consummation will slip past your fingers unrecognised.