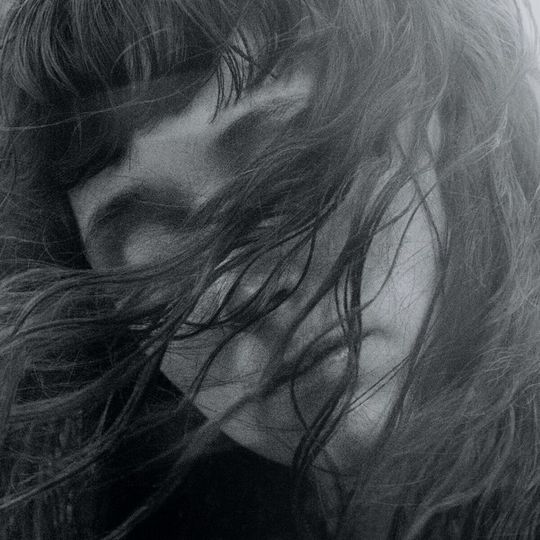 The slow rise of Katie Crutchfield – better known as Waxahatchee – has been a fascinating one. Crutchfield has something in her voice that many of her contemporaries simply do not possess. Perhaps it's the southern twang as a result of her being a native Alabaman, perhaps it's the force at which she delivers her devastating lines, but one thing is certain, that she just keeps getting better and better with every album. Her third full-length, and first on Merge Records, 2015's Ivy Tipp saw her breakthrough into the more mainstream conscious and feature heavily on many writers' end of year lists, however, it was an album that in places promised rather than delivered.

Now, two years on, Crutchfield returns with the John Agnello-produced (Sonic Youth, Dinosaur Jr., Kurt Vile) Out in the Storm, candidly detailing the demise of her relationship with ex-bandmate and producer Keith Spencer. While 'the breakup album' is a trope that has been done to death, it is also one that never stops being relevant, to artist or audience, because we all go through it at one point or another. What's important, is how the artist approaches this very common subject matter. As tough as breakups can be, they are also often incredibly inspiring times (once you've begun to get over feeling sorry for yourself, that is). Therefore, not to wish personal upset on anyone, but Crutchfield has tapped into something with her songwriting based on both her personal and professional experiences as a musician, to create something magic.

After enlisting her twin sister Alison, Sky Larkin and Sleater-Kinney touring guitarist Katie Harkin along with Katherine Simonetti on bass and Ashley Arnwine on drums, she has as a band who perfectly backs up this tough song material. Agnello reportedly encouraged the band to record together live, and you can tell on the perfect pop-rock songs 'Silver' and opener 'Never Been Wrong'. There is an energy between these musicians that push these songs musically beyond a backing band to Crutchfield's heartbreak and into something transcendent. Of course, Crutchfield is still centre-stage, this is her story, her songs after all, but there's a dynamism that Waxahatchee previously lacked from the freedom that's been entrusted on these musicians.

In many ways, Out in the Storm is a tough listen, especially for anyone currently going through the same situation. However, it is also a brutally honest, refreshing, empowering, cathartic listen, as Crutchfield addresses everything that happened between her and her former partner, admitting her own mistakes just as much as his. The stunning 'Recite Remorse', which opens on an organ-line akin to Frightened Rabbit's 'Keep Yourself Warm' from The Midnight Organ Fight, essentially sums up the making-up, breaking-up and aftermath of her entire relationship, adding bass and then drums in each section of the song's narrative. Lines such as "I saw you as a big fish/I saw you as a conquest/I know for you/it's easier to walk away" are the gut-punching honesty that is part of the course here.

However, Out in the Storm isn't a linear re-telling of her relationship. 'Sparks Fly' for instance, which comes next, tells a happier, if still bittersweet, memory of times which once seemed better. 'Brass Beam' perhaps the angriest song of the bunch, as well as being the most "southern" of anything here, lamenting "when I think about it/I want to punch a wall" at past mistakes and beliefs. Crutchfield's fourth album works because it's varied but never outstays its welcome or veers into self-indulgence. '8 Ball' is an excellent chamber-pop song, 'Hear You' experiments with a more electronic sound through a fuzzed-out bass, 'No Question' is a straight-up rocker.

The album is at its most devastating towards its quieter climax. 'A Little More' is a warning sign, breaking things down to Crutchfield's more natural acoustic-guitar ballad habitations. Closer 'Fade' however, is a real sucker-punch. It is Crutchfield's defining statement that she is finally getting through this tough period in her personal life, reminiscing everything she gained and lost over "three years shedding my skin/dreaming about the potential/the person I could have been.. Painful as they may be, Crutchfield's lyrics are perfect all over her fourth album. Instantaneously direct, but not without using imagery that is both recognisable and relatable. It's difficult not to shed a tear at the final coda:

"I kissed you goodbye/and hid for the rest of your life/I stayed out of your way/I'm fading, fading away."