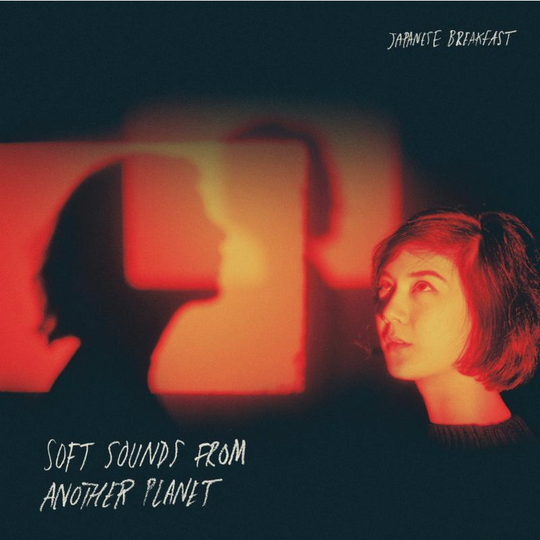 A recent Guardian article, entitled ‘How indie got woke’, concludes with a comment from Korean-American experimental-pop musician Michelle Zauner. 'I just don’t want to think that women of colour making music is the new chillwave, and next it’s on to cats playing keyboard,' she says. 'I read food articles about how Korean food is over and it’s all about Vietnamese and I think, Fuck you. It’s not going anywhere. My identity is not your fad. You don’t have to spit it out at some point'.

Oregon-born Zauner, who records under the name Japanese Breakfast, was featured alongside other artists who do not fit the straight, white male indie cliché, including Vagabon, Sacred Paws and Nadine Shah. It is an article rightly giving these oft-ignored musicians a well-deserved spotlight, in a national newspaper no less, no matter how carelessly the term 'woke' has been thrown around recently.

While some artists choose to write directly about the experiences brought up in this feature – Nadine Shah’s third album, Holiday Destination, addresses the rise of nationalism in the UK and will be released next month – there is a lot to be said for understanding that these artists do not have to write about being black, or multiracial, or queer, the whole time. There is no denying that political music has been having a 'moment' for the last few years – think Beyonce’s Lemonade or Kendrick Lamar’s Damn.

These features are as much a part of a musician’s identity as they would like them to be – and should be celebrated as much as they wish. But artists should also be given the opportunity to write music that is lauded for its pure musical value, not only because their songwriting shines a light on important political or social issues. An artist can be just a musician – not a 'female musician', a 'black musician', or a 'transgender musician', as if anyone that isn’t straight, white and male deviates from the norm. Sometimes it’s also quite nice to focus just on the music.

The second Japanese Breakfast album, Soft Sounds From Another Planet, is purely sonically engaging. Originally part of Little Big League, the Philadelphia-based emo band who released two studio albums in 2013 and 2014, Zauner has stitched together her own more complex and more personally-motivated guitar melodies for her second solo album of experimental pop. In interviews, Zauner has spoken about her choice to record under a name which is a concoction of her Korean-American heritage – an indication of Asianness alongside the all-American 'breakfast' – but this record transcends racial identity. While personal stories and a querying of the self are present, it is to outer space that Soft Sounds From Another Planet looks for answers.

As Zauner looks to the cosmos, burbling synths open the record on ‘Diving Woman’. On the title track, twanging guitar takes up just as much space as Zauner’s ethereal vocals. When these vocals do take the lead, they flitter between a soft whisper and a powerful shriek. This is a vocalist perfectly in control of the momentum of her sound, be it one of Earth or otherwise. The instrumental ‘Planetary Ambience’ is supposedly the sound of extra-terrestrials communicating, as synths build a conversation, but it sounds intriguingly urban, more the soundscape of a city for humans. ‘Machinist’ details the tale of a woman falling in love with a machine – a sci-fi narrative if you’ve ever heard one.

Despite its incessant interest in what exists beyond the human, Soft Sounds From Another Planet still manages poignancy.

Its finest moment comes on ‘Till Death’, where drums are brushed and muted horns swell underneath Zauner’s reverse-lullaby calls of “Sing me to sleep”. Her listing of “PTSD, anxiety…”, before a bluesy saxophone outro leaves the spacious tenderness of this track ringing in your ears.

This album is anything but a fad. It hangs around long after you listen, subdued but resolute in its capabilities. It is very much here to stay. Zauner is a woman of colour, and she is a fantastic musician. It is up to her whether she fits these characteristics alongside each other, or chooses to highlight one more than the other in a career that is bound to blossom.