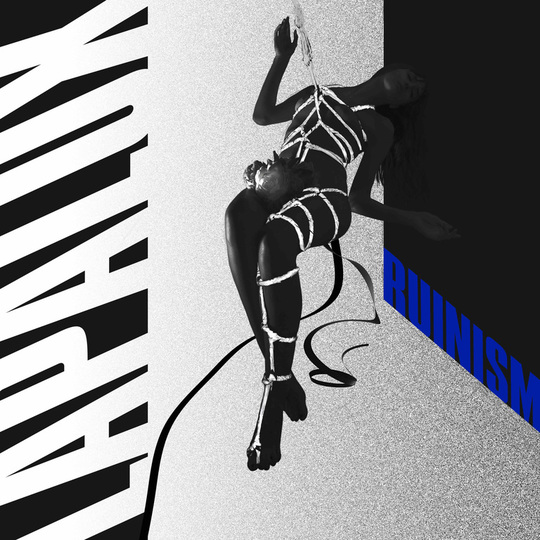 Stuart Howard, better known as Lapalux has been slowly rising in both the UK and US electronic scenes, thanks in no small part to his label, Flying Lotus' Brainfeeder imprint. The Essex-born producer previously explored the idea of hypnagogia, the phenomenon of consciousness between being awake and asleep, on his last album, 2015's Lustmore and goes even further with that concept here, his third LP Ruinism exploring the limbo between life and death.

Indeed, Lapalux's music feels suspended in outer space, not quite to the point of ambience but certainly at a downtempo. Howard's synths, such as on 'Petty Passion' are in general quite reminiscent of S U R V I V E and their recent work on Stranger Things OST. The risk of making music surrounding such a vague concept, however, is that the music itself can end off feeling like is suspended between two worlds, and not necessarily in a good way.

Howard creates an interesting world over Ruinism which sits somewhere between ambient and nightclub. Regularly synths and noises past by like clouds, only for a bass-heavy beat to come crashing in like an unexpected storm. Proceedings are nicely broken up by vocalists 'GABI', 'Louisahhh', 'JFDR', and 'Talvi', but the problem is they all (if they really are different people) are female and sing at basically the same register, meaning it's pretty hard to distinguish between them.

That isn't to say these performances aren't worthy, however, it's more Howard's attention to detail and textures that affect them. Talvi's '4EVA' for instance is about as close to a FKA Twigs jam as you could hope to find without being derivative. Meanwhile, 'Essex is Burning' is perhaps as close to a traditional break track, reminding one of Floating Points' excellent recent work. Later, the soulful 'Flickering' is a gorgeous night-time ride through town, full or sorrow and regret and is genuinely moving.

As a whole, Ruinism is a fine, pleasant sounding record with plenty of little tidbits to enjoy spread across an album full of them. The main issue is that it is a bit "neither here nor there" in places which mean stretches of it are rather forgettable after the running time has evaporated. There is a really great album rattling around in here and Howard's invention and ambition should be celebrated as such, it's just not quite at the level it could be. He's certainly one to watch for the future, however, as if he can harness this potential, we could be in for a really impressive Lapalux album in the distance.