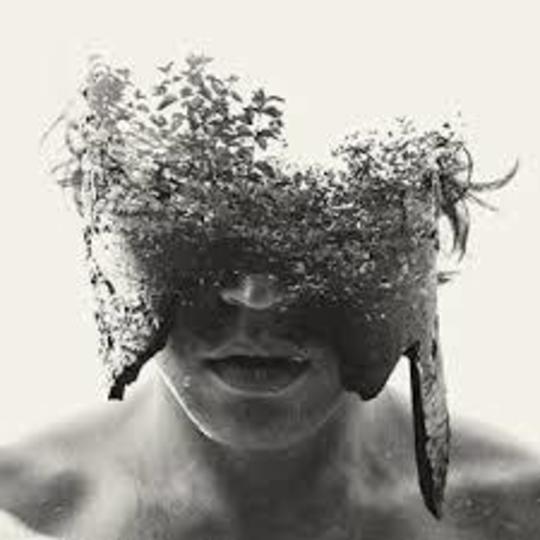 Taking its title from a James P Carse book, Zola Blood’s first album, Infinite Games, is a sleek and sophisticated step up from their 2014 EP, Meridian. Like its literary namesake, the album explores the theme of possibility through subversion and escapism. It’s an album that investigates what happens when you choose to go down a non-traditional path, dodging mind-forged manacles to exist in a freer space of your own choosing. This is a very ‘London’ album, with the band exploring the conflicts of simultaneously wanting to exist in, and yet escape from, a city that both inspires and exhausts.

Lyrically, Infinite Games works much harder than Meridian through a neat collection of emotive stream of conscious narratives. It’s a very cohesive entity structurally, yet the strength of the individual songs mean each stands up relatively well alone. Delicacy and dark beauty are key to understanding Zola Blood and the gossamer-like layers they compose: their songs are at once intricately elusive and fiercely strong, balancing a theme of emotional fragility against unwavering inner strength.

This is a very polished album for a band so early into their album recording career, and this is sometimes annoyingly at odds with the grittier message they want to convey. Part of this comes from the fact the band themselves have become more confident and familiar with playing and recording, the bulk of which was done at Hackney Wick Studios in London. 'We’ve got to know our instruments better, and spent a long time going weird with new synths and effects to get more interesting sounds,' lead singer Matt West explains. 'We also wanted to bring out some more of the techno influences we all love, and push a little more towards the dance floor.'

Dance floor might be pushing it a bit, but it’s certainly accurate that they have managed to carve out much more interesting ambient electronica than that on Meridian through braver synth experimentation and thoughtful layering. Their original aesthetic described them as a band with a self-confessed penchant for 'soulful electronic music that leans towards the melancholic' – and this is still a much more apt description for the sound on Infinite Games than perhaps techno-dancefloor. The album-title opener indeed leans to the sorrowful through its poignant, emotive melodies and downbeat synth style. Yet it’s ending is perhaps the most interesting, revealing Moderat-like levels of deconstruction.

The techno they talk of can be moderately seen on ‘The Only Thing’ and ‘Good Love’ but tracks like ‘Miles and Miles’ and ‘Play Out’ are better examples. It’s here too where they explore their electronic krautrock side more through sparse percussion from drummer Sam Cunningham. Against the dark synths of Christopher Brown, things do start to become more trance-like.

‘Silhouette’ and ‘Get Light’ are songs that might soundtrack the late hours of a night in London that you don’t want to end. The band’s debt to the underground London club scene is obvious, as is their awkward relationship to the city. 'I’ve lived here ten years,' lead singer Matt West says, 'and have shared the same experiences of most people I know: getting a job you were never really looking for, commuting, getting wasted at the weekend, being in a relationship, getting distracted by the million different experiences you could have. London is extricably linked with that because it’s the place I’m trying to escape, but it’s also the only place I want to be.'

All the songs contain subtle nods to this inner conflict, especially through warring synths which bring both comfort and uncertainty. West’s emotive lyrics juxtapose the need to escape with the need to stay whilst all the while wondering just where you fit in. An accomplished debut, Infinite Games is a dark and sorrowful affair but one where musical escapism finds a path to hope.