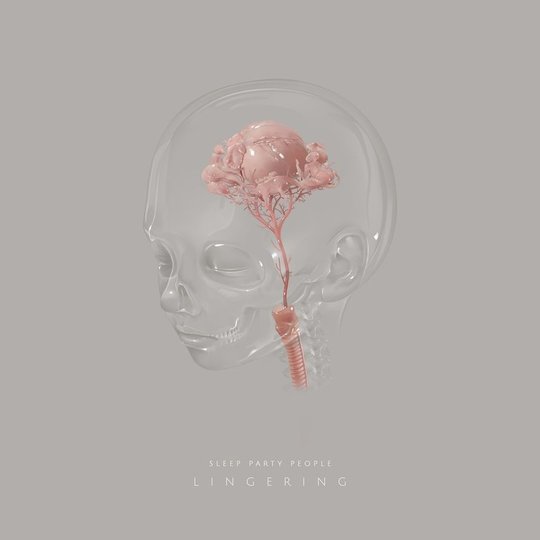 Denmark’s Sleep Party People has always been a project unafraid to experiment – drawing in sounds from electronica, shoegaze, post-rock and whatever Radiohead are being described as this week. What made Brian Batz’s rabbit-eared outlet unique was his unsettling balance of menace and beauty. Everything was enjoyable on the surface, danceable even, with big synth washes and punchy krautrock rhythms, but underneath hid sickly pitch-bending and ominous, unsettling drones. If the intention was to evoke David Lynch’s terrifying Rabbits ‘sitcom’ then congratulations, Mr. Batz, you succeeded. Predictably, I loved it. Watching them live, there was something so brilliantly odd about big half-rabbit heads bobbing in unison, churning bouncy unease out into the room. When I saw them in Newcastle, a couple of unfortunate souls stumbled in by accident, clearly buoyed by a heroic amount of MDMA and Peroni, and were less than pleased by what they saw.

As is often the case with solo projects, an increase in recognition coincides with a desire for expansion. With his self-titled debut and 2012’s We Were Drifting On A Sad Song, Batz had begun to paint himself into a corner. As much as I loved them and pushed them onto my friends, I knew that another parade of heavily processed vocal > electro pulse > crescendo wasn’t going to cut it. Although I haven’t warmed to Floating quite as much as its predecessors, it was obviously a necessary step in the evolution of Sleep Party People – Batz played everything on the record, but it sounded like a band. Less insular and fussy than before, I was confident the next thing he put out would be special. That I remain completely underwhelmed by Lingering makes it that much more disappointing.

‘Figures’ is our way into the record, and it’s brilliant. A neat summation of our SPP journey so far, it still pushes to new places and includes a giant empty space in the middle that Batz chooses to fill with a wall of angry fuzz. Speaking as someone who owns Dwarfcraft’s Eau Claire Thunder pedal, this is a very good thing indeed. If you’re afraid of fuzz, you’re afraid of life. Take note, simpering, twinkly indie bands. So satisfied am I by this brief moment of clarity, I’m unaware ‘The Missing Steps’ is almost over until I’m upset by a sickly gang-vocal coda. In my notes I write “Polyphonic Spree. NO”. When this unwelcome bastion of hideousness appears again at the end of ‘Dissensions’, I have a tiny internal cry.

Ultimately, this is the album’s undoing. There are so many clashing tonal ideas that it can’t possibly hang together as a complete body of work. I’m not talking about light and shade here, but polar opposite emotional responses. So we have the crushing bass and discord of ‘Limitations’ next to comfort and familial redemption in ‘The Sound Of His Daughter’. Although I’m clearly in the camp of the former, it’s really not a matter of preference. It’s like the world’s worst mixtape – I don’t know why anyone would want to listen to one after the other, and it makes it impossible to be fully invested in Lingering for any length of time. It’s a real shame, too, as there’s some truly stellar moments within. If the opening track is a perfect intro to the LP, closing number ‘Vivid Dreams’ is its equally faultless bookend. Forgoing anything but a panning wash of electronics and vocal, it achieves the balance of disquiet and contentment that goes awkwardly awry elsewhere. I’m fairly certain Sleep Party People aren’t in the new series of Twin Peaks, but this would be a perfect episode closer at the Roadhouse. Additionally, ‘We Are There Together’ removes Batz’s vocal and replaces him with Beth Hirsch (of Moon Safari fame) and it’s exciting to hear his SPP aesthetic adapt so seamlessly to another voice.

Batz is clearly not a man bereft of ideas, and Sleep Party People is his platform on which to present them. And ideas are great, but at some point they need to adhere into a coherent whole. Like his rabbit kin inWatership Down, Batz’s adaptation has been determined by forces beyond his control, and he’s finding both struggle and triumph along the way. I don’t doubt he’ll reach his perfect destination, but Lingering shows there’s some miles still to travel.