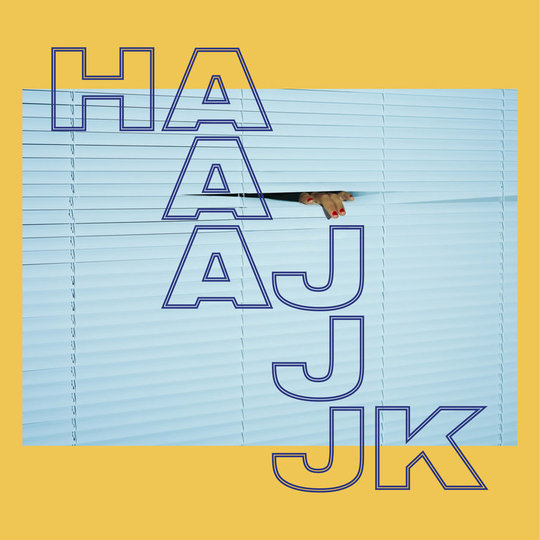 Quintet Hajk recorded their self-titled debut album late last year. Almost as soon as they left the studio, their first single, ‘Common Sense’ was quickly added to all the major radio playlists in their native Norway, with international radio quickly following. Within weeks, the band were booked to play major festivals in their homeland – Øyafestivalen, Slottsfjellfestivalen and by:Larm. As successful debuts go, Hajk’s is certainly up there – and with good reason.

With echoes of TV On The Radio, Dirty Projectors and Unknown Mortal Orchestra, Hajk deliver a sophisticated debut despite having minimal studio time and only the most basic of kit. They are described as merging indie and dream-pop but do not let this put you off: this is not the same old indie twee-pop that has sound tracked your visits to Urban Outfitters for years. Instead, they do something genuinely interesting with a genre in great need of an adrenaline shot. They carve out their own space with aplomb, though a fascinating layering of vocals, electro-glitch synth and funk bass.

Preben Sælid Anderson and Sigrid Aase alternate lead vocals between songs on the album, creating a dialogue-like structure between two people navigating a relationship through all its various stages. Aase’s vocals are reminiscent of Feist or Margaret Glaspy; her pitch perfect emotive vocalisations frequently grace between intense fragility and immense strength, something that is well complimented by Anderson’s vocals which are more RnB in tone. When singing together, the two produce gorgeous harmonies such as on opening track ‘Magazine.’

‘Magazine’ will be one of soundtracks to the summer. Dreamy harmonics open, excellently placed against the synths of Einar Næss Haugeth where he employs some nice glitch-electronica pre-chorus. It adds depth to the low-fi percussions of Johan Nord and the funkiness of Knut Olav Buverud Sandvick’s bass. It manages to glow energy without being twee, as does ‘Common Sense’ which is made in a similar vein but this time with Anderson on vocals.

‘Best Friend’ and ‘I Don’t Remember’ do a nice job of illustrating what the band to best: layering vocals, surprising us with unexpected tempo changes and using some brilliantly judged synth effects. ‘My Enemy’ is a song of similar surprises which begins exactly as you would expect a typical dream-pop song to but then veering suddenly into TV On The Radio like depths. ‘Flowerdust’ and ‘Medicine’ are good indicators to what the band’s stunning slower tempo songs are like.

Like all debuts, it has flaws – but only a few. ‘My Enemy’ feels out of place with clumsy effects that don’t bring anything other than annoyance to what could have otherwise been a good song. Closing track ‘Somebody Else’ is entirely misplaced feeling like a carbon copy of an Adele ballad. It’s an unfortunate and perplexing close for an album with so many other strengths.

However, for all the other great stuff that is on this album, Hajk can be forgiven. The question with all new bands is always, will they last? If this is what Hajk can produce on a low budget with minimal studio time and basic kit, it’s exciting to imagine what they could do with more time and money behind them. They are creative, seem to genuinely give a shit and seem confident in trying something new. You wouldn’t bet against them being around for a while.