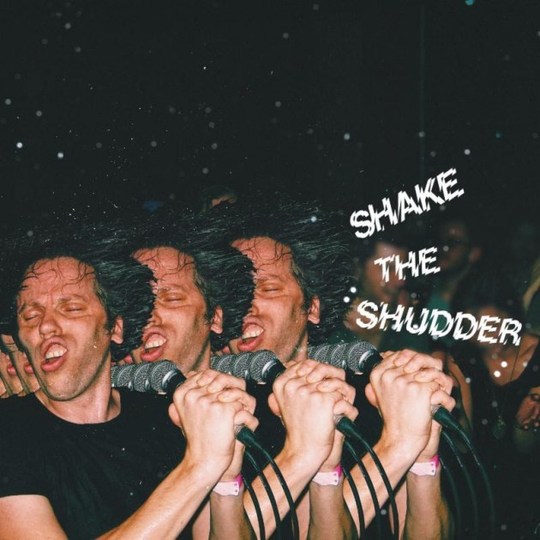 If you spend more than an hour a day online, you are met with an onslaught of stressful stimuli. It’s not surprising that this stress has seeped into what’s meant to help us escape it — media, television, dance music. And that a band like !!!, known for their political bent, would work with this stress is less surprising still.

Their seventh album, Shake the Shudder, has taken this modern day stress and turned the focus onto self-preservation. Whether that self-preservation is from the 'Five Companies' running everything I see around me, the ex who never really appreciated you, or the toxic relationship from the person expecting you to solve all of their problems, the album is filled with a spirit of personal survival.

But if the message is solid, production decisions are what make the album good rather than inspiring. After the heady pop punch of singles 'The One 2' and 'Dancing is the Best Revenge', things start to bleed into each other as neither post-punk or disco. Several tracks have questionable vocal dubbing — most notably on 'Throttle Service', which simultaneously has too many voices for an easy singalong and too few voices for a powerful chant (but with a few adjustments, it would be fantastic for the currently touring En Vogue).

While !!! might still bill themselves as post-punk, the retro vibes they’re presenting on Shake the Shudder mostly recall the Nineties, and Madchester at that. 'NRGQ' and “Our Love (U Can Get)” are direct lines from the Happy Mondays’ songbook with their funk guitar riffs and soul-style backing vocals. The assortment of guest vocalists — from powerhouse divas to a childlike soprano — are a welcome and animated counterpoint to Nic Offer’s anchor.

Maybe !!!’s latest effort isn’t revolutionary, but it is rebellious. In this time and place, caring for yourself is rebellious, and dancing can be the best revenge, whether on a personal level or, as Werk for Peace have shown, a political level. Shake the Shudder is a friendly reminder of that. And any lacklustre production will surely get ironed out in the inevitable remix collection.